Australia reaches “50%” in renewable energy use for the first time ever. But what does this mean? 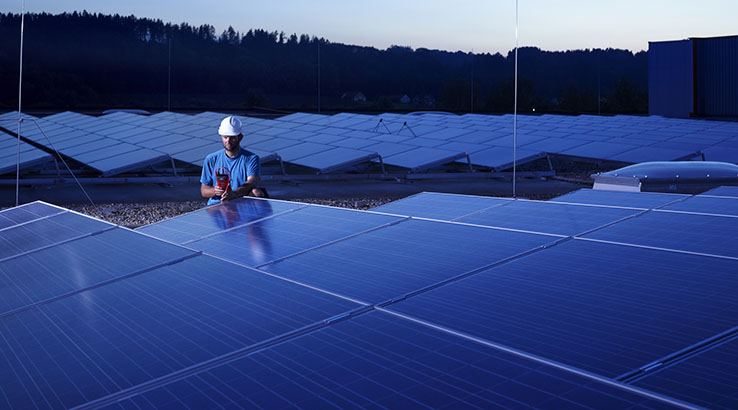 While it has been widely hailed as a milestone energy event, the actual recorded result was relatively brief.

For the first time two weeks ago, more than half of Australia's main electricity grid was powered by renewable energy. At 11:50am on Wednesday 6 November, 50.2% of the energy output across five Australian states came from renewable sources. This represents a significant national energy milestone and highlights an increasing shift by consumers towards greener energy.

What counts as renewable energy sources?

In Australia, renewable energy sources or "green energy" refers to a range of sustainable, low-emission technologies based on natural sources of energy that are being constantly renewed. For the most part, this includes the following:

Solar power is one of the most important forms of green energy utilised in Australia. Small-scale, rooftop solar panels installed in people's homes and large-scale solar farms both convert sunlight directly to electricity.

Commercial wind farms provide another important source of renewable power in Australia, with wind used to spin an electric generator and produce electricity.

So is 50% of Australia using green energy? Not quite

While it has been widely hailed as a milestone energy event, the actual recorded result was relatively brief, with renewable energy reaching levels of over 50% for just ten minutes in total.

How significant, then, is the fleeting ten-minute window when green energy outstripped its less sustainable competition?

In reality, coal is still by far the biggest provider of electricity in Australia, and last fortnight's Wednesday was no exception. Black and brown coal provided nearly half of all electricity to the grid over the course of the day, with a combined contribution of 49.2%. By contrast, renewables contributed 31.2% overall. How significant, then, is the fleeting ten-minute window when green energy outstripped its less sustainable competition?

According to leading energy experts: very significant. Clean Energy Council CEO Kane Thornton described it as a "fantastic achievement" to have over half of Australia's main power grid supplied by renewable energy. Thornton pointed out that South Australia's power system first ran on more than 50% wind and solar energy nearly a decade ago, and today reaches these levels on a regular basis. Thornton indicated that the same trajectory was likely for Australia's overall use of renewables, with that Wednesday's results being a promising starting point. Despite the brevity of the event, Thornton and other leading figures in energy use agree that the readings represent a pivotal moment in the nation's shift towards greener energy.

What about the providers?

Australian energy providers, it seems, are increasingly turning to more sustainable options. Government investment in renewables has increased considerably in recent years, in line with Australia's 2020 renewable energy target of 33,000 gigawatt-hours (GWh). Rooftop solar panels, which provide the majority of solar energy to Australia's electricity grid, are also being installed at record levels. According to the Australian Renewable Energy Agency (ARENA), more than two million or 21% of Australian households now have rooftop solar panels. This number is expected to grow as more Australians begin to use electric cars and energy-efficient "smart" appliances. ARENA states that the use of home batteries to store renewable energy is also set to grow in Australia.

What can Australian consumers do to make 50% renewable energy an ongoing reality?

It seems that many are already on the right track, purchasing electricity from greener energy plans or having their own renewable energy systems installed at home.

Having solar panels allows many homeowners to generate their own electricity rather than having to pay for it from the main grid. In fact, unused electricity produced by rooftop solar panels can often be sold back to the grid, reducing energy costs even further.

As consumers move towards cleaner energy sources, and away from Australia's primarily coal-powered electricity grid, they send a clear message: the future of electricity is green.

Last fortnight's results could soon be the new normal for Australian energy.