Things to do on Australia Day in 2022

The top Australia Day events, festivals and firework displays in cities around the country.

Want to find out what's happening on Australia Day in your city? Set your sights on our Australia Day guides helping you plan out your day on 26 January. 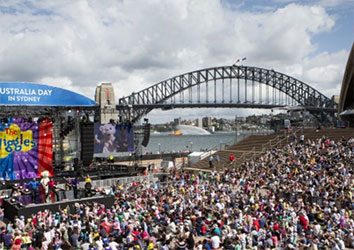 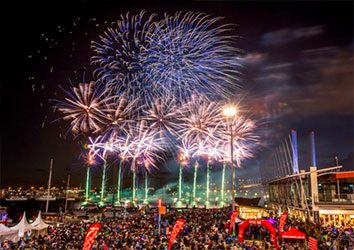 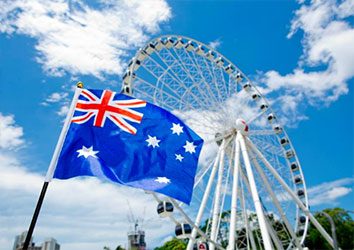 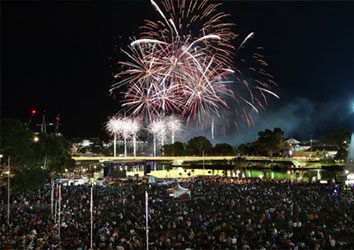 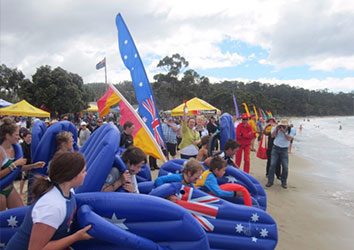 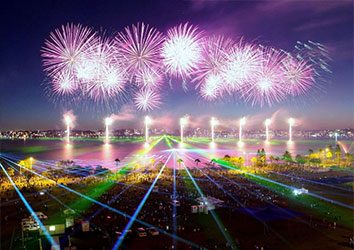 Treat yourself to an Aussie getaway. 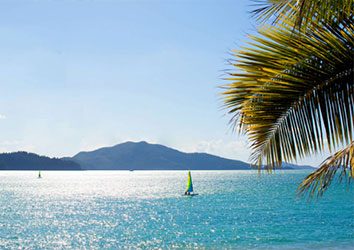 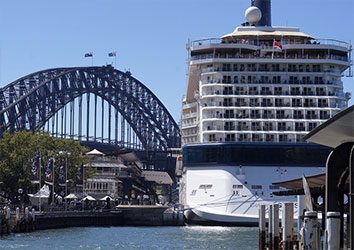 Climb aboard and explore the harbours and rivers. 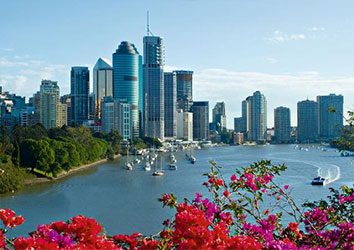 Take a local Australia Day-themed cruise or treat yourself to a long weekend escape on Australia Day in 2021.

When is Australia Day?

Australia Day falls on 26 January every year and is a public holiday across all Australian states and territories.

Will Australia Day events and fireworks be going ahead in 2022?

On this national day, Aussies come together as a nation to celebrate what's great about Australia and being Australian. It's a time to collectively reflect on what Australia has achieved and what we can be proud of as a nation and re-commit to making Australia an even greater country for future generations. It marks the anniversary of the First Fleet's arrival in 1788 and the raising of the Union Jack at Sydney Cove.

Though this date marks the anniversary of a specific event, modern-day Australia Day celebrations reflect the contemporary Australia that includes the diverse communities, cultures, society and landscape.

The history of Australia Day

The date of 26 January originates from the early nineteenth century, with official documents referring to the First Landing Day or Foundation Day. This was the day in 1788 that Captain Arthur Phillip, commander of the First Fleet and first governor of New South Wales, arrived at Sydney Cove. Some of the immigrants who prospered in Sydney, particularly sons of convicts, began marking the colony's beginnings with an anniversary dinner to celebrate their love of the land they lived in.

By this time, Victoria had separated from New South Wales in 1851 and Queensland in 1859. Van Diemen's Land had a new name – Tasmania – named after the first European explorer to sight the island. Attitudes from the different sister colonies towards celebrating 26 January were mixed at this time, as 25 January was still very much a New South Wales affair.

In 1910, South Australia adopted Australia Day and Victoria adopted it in 1931. By 1935, all states of Australia were celebrating 26 January. In New South Wales it was still called Anniversary Day.

The 150th anniversary of British settlement in Australia was celebrated widely. After almost 100 years, they had found an agreement on the name, timing and nature of the celebrations. In 1946, New South Wales had agreed to adopt the name "Australia Day".

In 1988, 200 years since the arrival of the First Fleet, the celebrations of Australia Day were taking place all over Australia. Over 2.5 million people attended the event in Sydney including parties and performances at the Sydney Opera House.

Outdoor concerts, barbecues, festivals and fireworks are some of the many events that occur on Australia Day. The National Australia Day Council organises a number of these events and citizenship ceremonies are also commonly held. On the day before Australia Day each year, the Prime Minister announces the winner of the Australian of the Year award. The award is given to a citizen who has contributed and inspired the Australian community and the nation. Various local festivals take place and an international cricket match is usually held.

For some communities in Australia, such as Indigenous Australians, Australia Day has symbolised the adverse effects of British settlement on their people. In 1938, an Aboriginal Day of Mourning was held at the same time as celebrations.

A large group of Aboriginal people in Sydney led an Invasion Day commemorating the loss of Indigenous culture in 1988. The day has been widely used to emphasise the alternative attitudes towards Australia Day and although some Indigenous Australians celebrate Australia Day, Invasion protests occur almost every year.

There are a few ceremonial aspects to Australia Day which are both a tradition and symbol of the holiday.

Up to 50% off Australia experiences

Available on select dates when you book your hotel and flight together. Destinations include Sydney, Melbourne, Perth, Cairns, Uluru, Brisbane, Canberra and more.
Get deal

Get $10 off your next adventure

Up to 42% off activities for kids

Get 5% off Australia activities

Extra 10% off Australia activities and experiences

Get 5% off Australia-wide experiences with code

Up to $10 off Adelaide activities with code

Available on select dates when you spend a minimum of $300. Activities include winery tours in Adelaide Hills, tandem skydives and more. Sample price is for River Torrens sightseeing cruise. T&Cs apply.
Show code

Available on select travel dates when you spend a minimum of $300. T&Cs apply.
Show code

Up to $10 off Hobart activities with code

Up to 55% off Australia getaways

Up to 25% off Australia holiday packages

Available on select dates until December 2022 when you book your hotel and flights together. Destinations include Adelaide, Melbourne, Sydney, Gold Coast and more.
Get deal

Get $5 off activities with code

Get $10 off activities with code

Available on select dates on destinations including Sydney, Brisbane, Adelaide, Melbourne, Perth, Hobart and more. Minimum spend of $300 required. Activities include hot air balloon flights, skydives, high teas and more. T&Cs apply.
Show code
Was this content helpful to you?
Thank you for your feedback!

Alex Keshen is Finder's senior travel and utilities publisher. Working in the online publishing space for more than 10 years, she has appeared in Travel Weekly and the Huffington Post. After graduating from Ryerson University in Toronto, Canada with a Bachelor of Journalism and settling into a career in publishing, Alex has become a master of maximising her annual leave and finding the best bargains around.