Australia and New Zealand might collaborate on open banking 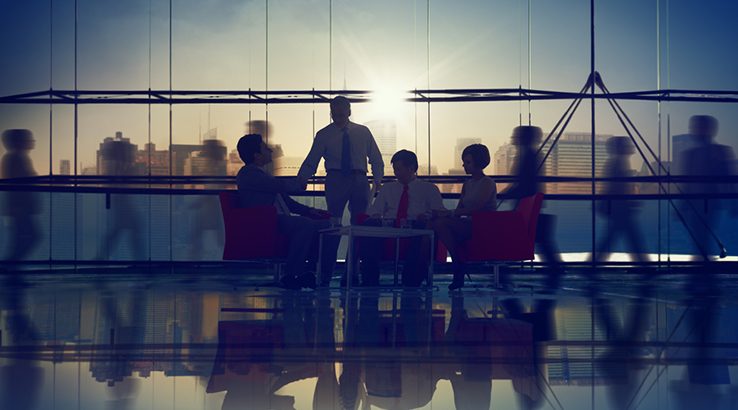 Prime Ministers from both countries directed officials to consider a report which proposed it.

The digital economy, e-invoicing and data were amongst the topics discussed at the annual Australia-New Zealand Leaders' Meeting held today in Auckland. Australian Prime Minister Scott Morrison and New Zealand Prime Minister Jacinda Ardern released a joint statement on trans-Tasman cooperation which they said needed to remain "ambitious and responsive to new opportunities and challenges such as the future of work, the growth of the digital economy, data and emerging technologies".

The two leaders welcomed the Australian and New Zealand's Productivity Commission's joint report on Growing the digital economy in Australia and New Zealand in which it was recommended the two countries work together to develop joint open banking standards.

The Productivity Commission's report suggested joint work on open banking standards as one of the three policy areas which could advance the trans-Tasman digital economy, the other two being data sharing and working together on digital trade.

"Australia and New Zealand could cooperate in developing joint open banking standards; at the very least, New Zealand could join the development committee as an observer. Coordinating open banking standards would enable better portability of data and the trans-Tasman provision of services, which is currently limited despite the same large banks dominating the provision of financial services in both countries," the report said.

General manager of FinTech Australia Rebecca Schot-Guppy said they're pleased that open banking and fintech reform is on the government's agenda for discussion with other leaders.

"We're strong advocates for any initiative government can introduce to help expand competition and make it easier for members to explore overseas opportunities," said Schot-Guppy.

"This also underlines the importance of timely open banking reform. Australia isn't having this debate in a bubble. We need to ensure that we keep up with – and ideally lead – other countries on this issue to help hone our fintech industry's competitive edge. This includes ensuring we get certified as a GDPR approved country by the EU to ensure our fintechs can do business across borders."

New Zealand's approach has focused on the aspects of its payments system, but according to the Productivity Commission's report, the New Zealand Government has indicated that it sees the Australian approach as a "positive starting point".

To move forward with this proposal, the report says governments would need to include New Zealand representatives in the open banking working groups in Australia. The expected benefit would be improved trans-Tasman banking services and growth in the fintech sector.

Other benefits include a broadening of the market for emerging fintech firms; supporting the emergence of new services for small- to medium-sized enterprises (SMEs); making it easier for firms to obtain finance for trans-Tasman trade activities; and encouraging increased competition in trans-Tasman financial services.

The Prime Ministers also announced the creation of an Australia and New Zealand Electronic Invoicing Board as well as their intention to adopt the Pan-European Public Procurement Online (PEPPOL) interoperability framework for trans-Tasman e-invoicing. A discussion paper was released by The Treasury in Australia in October 2018 which outlined possible cross-Tasman body structures to oversee e-invoicing, and the government has been progressively implementing e-invoicing over the last few months.

"We are confident that the e-invoicing standards are a positive step toward bringing down payment times, boosting cash flow, and increasing productivity and economic efficiency. With 1.2 billion invoices sent every year, any reduction in cost, time and manual processes for businesses is favourable," they said.

"We can already attest to the benefits of using technology to tackle administration tasks. Businesses on Xero are paid 33% faster using online invoices instead of traditional invoices, while invoices paid via Stripe or PayPal, in conjunction with Xero, are paid 10 days faster than other invoices."

Schott-Guppy said any moves from government to further open up this industry will benefit all sectors and business efficiency.

"According to the ATO, only a total of up to 15% of all invoices in Australia are e-invoices and we expect this number to continue to grow. E-invoicing is an area that Australia fintechs continuing to expand into and welcome the introduction of the trans-Tasman board to continue to expand the market," she said.

The Prime Ministers also made comments on a range of other topics, including directing officials to maximise opportunities and manage risks of emerging technologies such as artificial intelligence, robotics and quantum computing as well as being committed to digital identity for citizens and businesses and company director identification.

You can read the Prime Ministers' joint statement in full here.