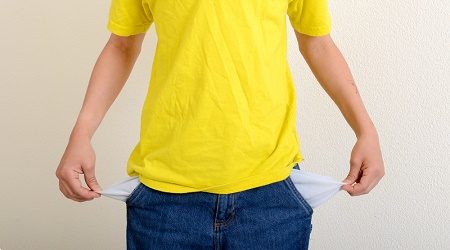 Proposed policy changes will have a big effect on your wallet, a new report claims.

In the next five years the average Australian will be paying an extra $1,228 per year in tax, according to a new independent economic report.

The Centre for Independent Studies (CIS) released a paper entitled The case against tax increases in Australia: The growing burden, which forecasts the tax burden is set to increase by 12.7% per person by 2020-21.

These calculations are based on a projected tax burden of $29.6 billion above the historical average in five years' time.

That's an additional $1,228 for every Aussie. The report suggests this figure could be higher if there are additional proposals to increase taxes, wind back concessions or cancel tax cuts.

The tax to GDP ratio is also due to rise by almost 8% over the same period as a result of bracket creep - where inflation pushes income into higher tax brackets.

Earlier this year the Treasury Department of Australia released modelling which estimated the average personal tax rate would increase by 9% from 2016-17 to 2020-21, predominantly driven by bracket creep.

By contrast, a reduction in company tax from 30% to 25% would see estimated national income increase by $460 per person per year, more than 2.6 times the net revenue cost.

The CIS report states that Australia’s top marginal tax rate for personal tax is well above the global average, based on data from the KPMG tax rates online database.

Michael Potter, economist and author of the report, says Australia is considered to be a low-taxing country, but international data doesn't support these claims.

"In fact, Australia’s tax to GDP ratio is above the developed world average according to both IMF and World Bank data," he says.

"Instead of allowing the tax burden to increase, there are numerous proposals to control the growth in government spending. These proposals should be the starting point to address any problems with the budget balance."

As we approach the end of the financial year, it's important to understand how much tax you should pay as an individual. Our guide to income tax in Australia explains everything.

And whether it’s your first time or you're a seasoned veteran, lodging a tax return can be complicated. We've put together a step-by-step walk through, simplifying the process.