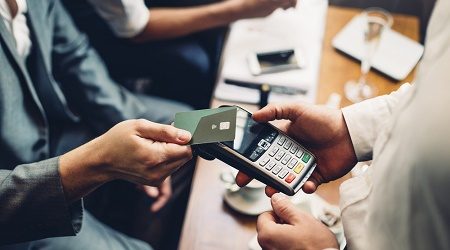 But mobile wallets haven't been adopted as rapidly.

Australians have embraced the concept of "tap and go" more than any other country in the world, but new research reveals an apparent aversion towards mobile payments.

A new survey conducted by research firm RFi Group found that in 2015-16 while almost two-thirds (59%) of Australians had made a purchase with a contactless card, only 10% admitted to using a mobile wallet.

Just under a quarter (24%) said they would try using mobile payments in the future.

Australia leads all other countries in the take-up of contactless card payments, while New Zealand (53%) and Singapore (50%) were significantly ahead of the UK (38%) and the US (16%).

In comparison, around one-third of shoppers in China were already using mobile wallets to make payments. In America, more than three-quarters of people (77%) said they were extremely likely to embrace the technology.

More than half the respondents in emerging economies such as China, Brazil and Indonesia, Mexico and the United Arab Emirates were keen to adopt mobile wallets if and when they become available.

According to the report, only around a third of consumers worldwide agree contactless cards are secure and safe. In Australia, a staggering 56% of consumers who don't use contactless payment methods believe the system is insecure, second only to neighbouring New Zealand (63%).

But it's not all bad news. Around two fifths (40%) of Aussies who don't make contactless payments believe the concept is convenient and for those who already tap and go, more than double (81%) agree.

The survey is based on responses from 30,000 banking consumers across 16 countries. RFi Group managing director Alan Shields surmised a lack of transparency could be to blame for Australia's reluctant stance on mobile payments.

"Contactless payments have proven so convenient and easy, that the next thing really does have to live up to any promise of incremental benefit," he said.

"The problem is that mobile payments do not yet do that. The mobile payment offerings in many of these markets are patchy, with consumers being shut out of usage for lack of access to the right phone/card account/combination."

Australia's big four banks have varied options when it comes to mobile payments. ANZ offers Apple Pay but only to iPhone 6 customers. If you're an NAB customer, you need an Android-based phone to utilise the technology. If you bank with Westpac, you'll need a late-model Samsung to get the job done.

CBA is more flexible, enabling both Apple and Android devices to take advantage of its Tap & Pay function.

Shields suggested Australia might look to the UK's incentive scheme, where mobile wallet users were offered a free month of travel on the London Underground, as a way to encourage mass adoption.

However, Australia's progress towards a cashless society may be tempered by the revelation that less than a third (32%) of Aussies could envision a time in the future where cash would be redundant.

We've conducted our own analysis of the mobile payment systems market to give you an understanding of the current situation and what it means to you as an Australian credit card user.