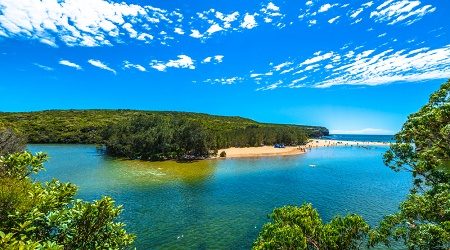 Who needs Hunter St when you can have the Hunter Valley?

As a destination, New South Wales (NSW) has always been popular with Australians. However, new research suggests domestic travellers are becoming more interested in exploring regional areas, rather than visiting the state's capital, Sydney.

NSW garnered 40.7% of the population's preference as the state they'd most like to visit on holiday in the next two years, according to Roy Morgan Research. This is slightly down on 2014-15 figures (41.9%).

As can be seen in the infographic below, the demand for Sydney as a holiday destination decreased in the year to March 2016, from 2,587 to 2,469 votes. All other regions saw moderate growth as a preferred destination.

The other major regional destinations of NSW achieved moderate growth. These include: Murray Riverina, North Coast (from the mid-coast to Tweed Heads), Country and Outback, the Central Coast and the Hunter Valley), and Sydney Surrounds - South (including the Southern Highlands, Wollongong and Shoalhaven).

And where do the travellers with the deepest pockets prefer to visit when they travel to NSW? Those spending more than $200 per person, per night favour Southern NSW (31.7% of big spenders) over other destinations.

Visitors to NSW's North Coast are also high-yielding tourists, with 27.9% spending $200+ per night on their last holiday to the region. The least popular destination among this group was the Murray Riverina (23.3%).

The value of taking a regional holiday, compared with a Sydney vacation is reflected in Hotels.com Price Index 2015. The average nightly cost of a hotel room in Sydney rose 6% to $215.

We've found the most fun-filled family-friendly activities and experiences in NSW and put them together in a helpful guide to help you plan enjoy your next big vacation to NSW.