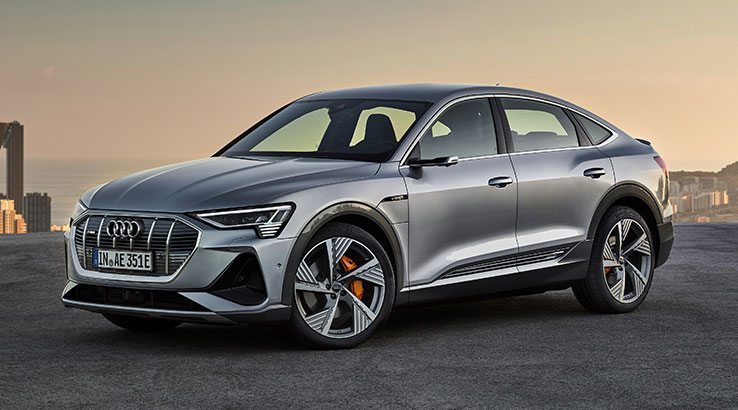 The new Audi e-tron Sportback is a unique take on the electric vehicle.

Audi has unveiled a four-door coupé-style SUV that it calls the e-tron Sportback. With a 446km range, Audi says the Sportback will arrive in Australia sometime in Q3 of 2020. The car company will announce pricing and Australian specs at a later date, but for now, here's everything you need to know about the new electric car.

The e-tron Sportback has quite a distinctive look. Its exterior styling resembles a stout, muscular A4 that's been jacked up to make it into an SUV. It remains, unmistakably, an Audi car.

But there are also little hints to indicate the true nature of the e-tron Sportback, an all-electric vehicle. It sports e-tron family trademarks like an Audi Singleframe grille finished in a platinum grey. This motif is present in other areas of the car, for example, a black louvred inlay below the doors represents the location of the car's power cell.

Audi says that stylists also made sure to highlight the absence of any exhaust pipes with the rear diffuser design. 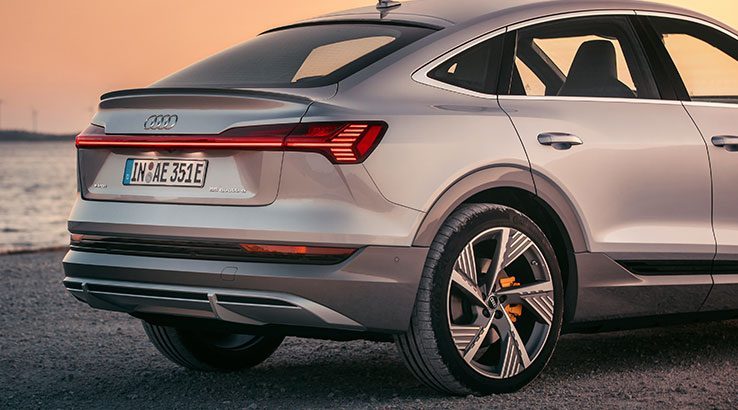 With the e-tron Sportback, the exterior form also serves a function. Audi has managed to achieve a drag coefficient of just 0.25. The slippery coupé shape helps to improve efficiency, which directly translates to an increased range.

Audi achieved this by utilising an increasingly common drag-reducing concept – virtual wing mirrors. These mirrors also automatically adjust and send live feeds to OLED displays on the outside flanks of the dash. Even the wheels are shaped to aid airflow, as are the active air grilles and the smoothed-over undercarriage.

Combined, all these elements mean that the e-tron Sportback can travel up to 446km between charges. Engineers equate the aerodynamic improvements to an additional 10km over a non-optimised version of the bodywork. 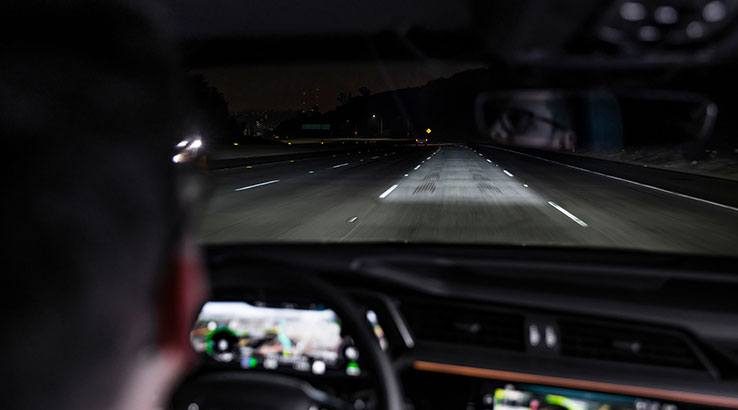 The headlights of the e-tron Sportback are rather advanced. They can actually automatically adjust the shape of the beam to fit within a lane, which Audi calls a "carpet of light". Cleverly, the beam also directly correlates to the width of the car for more precise manoeuvring. This is achieved thanks to an array of micro-mirrors that reflect LEDs, working akin to pixels on a monitor.

There's a three-phase electric motor on each axle so that ordinarily, the e-tron Sportback will operate as a RWD. Then, as required, the front motor will kick in. Audi says that it can predictively detect icy surfaces and under/oversteer to compensate for it.

The standard wheels are 19-inch alloys, but 22-inch rims are available on request. The trick suspension hunkers down by as much as 76mm at high speed to better forge a path through the surrounding air. This also extends the battery life.

The crash-proof battery pack can also be regeneratively charged through braking.

Obviously, recharging is still the limiting factor of electric cars, but the e-tron Sportback is capable of charging the battery back to 80% capacity in only 30 minutes using a fast charger.

An optional home charging cable has smart features so you can set it to activate when energy costs are lower. This is also useful if you have a solar set-up, as it appears that you can schedule charging for low-demand times. 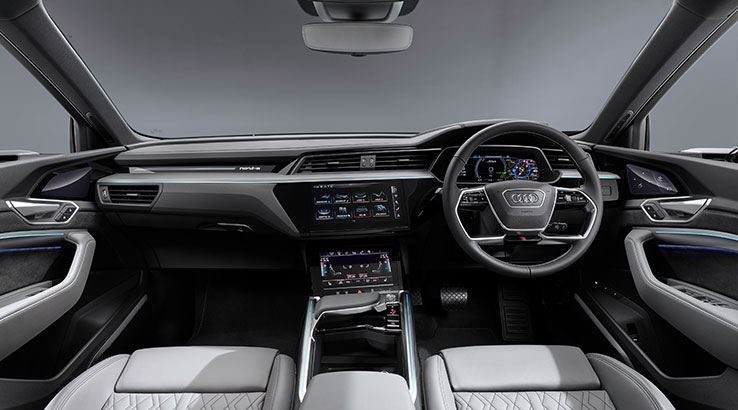 In the Sportback coupé, there are all the usual interior complements that you've come to expect from a modern Audi: