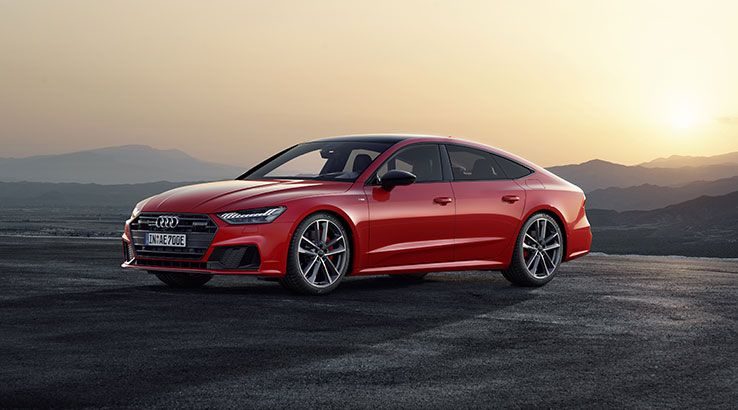 Audi has made a hybrid version of its luxury sedan, the A7

As part of the German luxury carmaker's continuing advancements toward electrification, today it announced a plug-in hybrid version of the A7 Sportback.

The beating heart of this four-door coupé is a 2.0-litre, turbocharged four-pot petrol engine that releases 185kW and 370Nm. The on-board electric motor can add up to 105kW and an extra 350Nm into the mix, making for a peak power output of 270kW and a very meaty 500Nm of torque. With the torque kicking in at a low 1,250rpm, the A7 PHEV will definitely feel uncannily motivated from a standing start. A 0-100km/h sprint takes only 5.7 seconds and it'll go on to a top speed of 250km/h!

The claimed consumption is just 1.9-2.1L/100km! A7 hybrid owners will have roughly 40km of electric-only range to play with, thanks to the onboard 14kWh battery bank. The battery pack sits below the rear boot floor, which Audi says does away with a load lip. With the rear seats folded down, there's still 1,235-litres of boot space.

Audi asserts the A7 PHEV is a first in class, that is a four-door coupé plug-in hybrid with all-wheel-drive. The front axle is tasked with recouping energy and it sounds like the power bias is towards the rear axle predominantly.

There are three different driving modes for users, the default being electric power only. However, the car will fire up the engine as needed, depending on how heavily the accelerator is pressed. Battery hold mode reserves the electrical capacity for use later and the hybrid setting blends the two together. Audi maintains that this is the most energy-efficient, as it can reference navigation, traffic and topographical information. This predictive drive setting will try and save power levels for an EV powered finish to the journey. 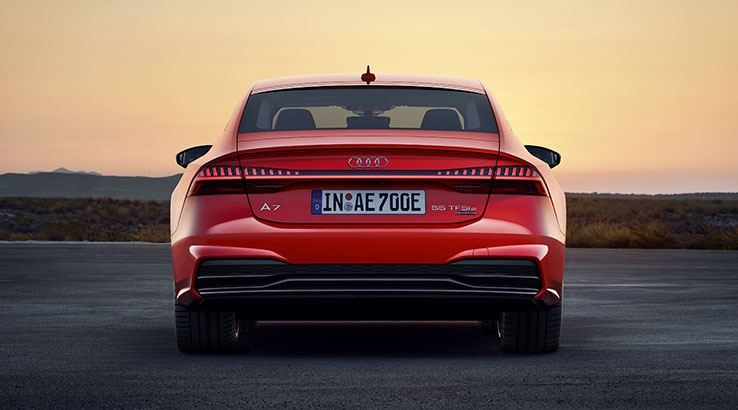 Audi uses a Mode 3 cable on the German models. An optional Type 2 plug is available. This gives buyers the ability to hook up to a domestic supply or industrial plug. To fully top-up the car on a home supply takes around seven hours. For faster commercial stations, the charge time can be slashed to 2.5 hours.

Audi has developed an app to complement the hybrid models. You can use the interface to check on your battery capacity and the predicted range, initiate a charge or set-up a timer. The on-board navigation is connected to charging stations. You can also adjust the climate control as well as enable any optional accessories like heated steering wheels, seats, windscreens, rear windows and mirrors or even the seat ventilation.

On the topic of climate control, Audi recycles some of the heat generated by the EV powertrain, an ingenious use of an otherwise untapped resource. This is not something we've heard of being adopted in a car before.

While this model is a hybrid, it's still an Audi. Externally, it has plenty of high-end accessories like 19-inch multi-spoke alloy wheels, red brake callipers and HD Matrix LED headlights. Inside, occupants are swaddled by sports seats. The climate-control has four-zones plus there are a convenience key, hybrid-specific displays and Audi's virtual cockpit.

Audi is asking for €77,850 for the A7 hybrid in Germany, which converts to $125,256. It'll arrive in European dealerships by the end of this month. There's no word on an Aussie launch for this model just yet.