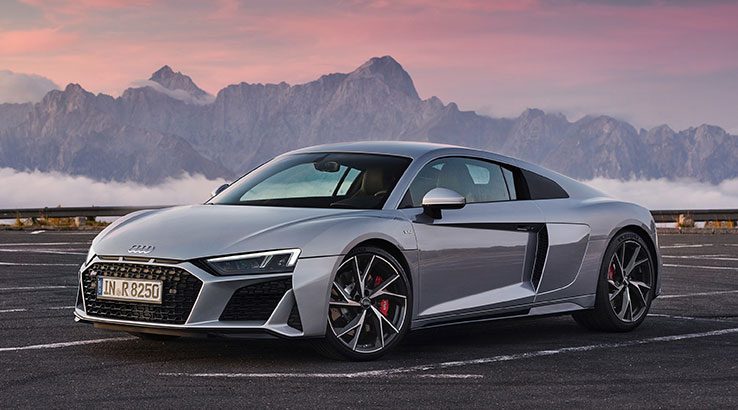 Audi is promoting the former special edition to become a keystone of the R8 range, as well as selling a competition-only variant.

Available as a hard-top coupé or convertible Spyder, the bodywork of the Audi R8 V10 RWD has been treated to a re-design. Audi says that its trademark "Singleframe" grille is now wider and less contoured, and above the new centre grille are three slits, apparently inspired by the historic Audi Sport Quattro.

Other elements like the air intakes and front splitter have grown wider, as has the rear air vent grille. Stylists and engineers have moved the diffuser slightly higher, with oval-tipped exhausts sitting on either side of the diffuser.

Select exterior elements are painted in a black gloss to contrast the bodywork. There's an optional pack of carbon elements for those who like the exposed look of carbon fibre. Together, the changes really sharpen up the R8.

Audi's mid-engine R8 is actually based on its sister company's performance sports car, the Lamborghini Huracán. In the engine room (found just behind the passenger compartment), Audi uses a naturally-aspirated V10 with a 5.2-litre displacement. Those figures translate to 397kW at 6,500RPM and torque is measured at 540Nm. Audi describes the sound as matchless. A seven-speed S tronic gearbox sends power back to a mechanically locking diff.

The R8 coupé is a bit of a feather-weight, with a total mass of 1,595kg. By ditching the AWD components that a Quattro model would require, Audi says that it shed 65kg alone. Weight distribution is 40:60 and everything about the car sounds like it should stick to the road with mind-boggling prowess. However, Audi gleefully points out that with sport mode activated, the traction control allows for controlled drifting. 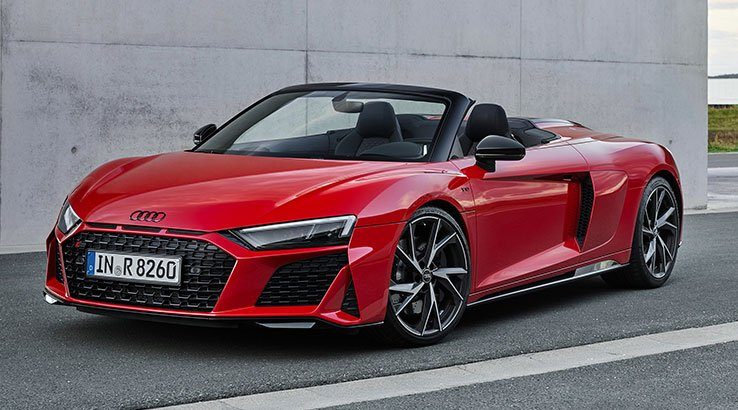 The Spyder model is a little bit heavier, weighing 1,695kg, but it's still 55kg leaner than the AWD R8 V10 Spyder.

Audi assembles the R8 V10, predominantly by hand, in Germany. Built around an Audi Space Frame (ASF), the aluminium and carbon-fibre-reinforced polymer (CFRP) bodywork helps lighten the load. In addition, the vehicle is equipped with forged alloy wheels (though 20-inch rims are optionally offered), again helping to cut mass in key areas. Overall, the company promises that the vehicle has a rapid-fire take-up and unrelenting acceleration.

Audi promises the rejuvenated mid-engine sports car will be here mid-2020. A confirmation of Australian pricing is expected closer to the car's launch.

I want a race car version

Okay, despite the road-going model having a transmission that is derived from one of Audi's motorsports cars, the German luxury carmaker has you covered. Introducing, the Audi R8 LMS GT4. 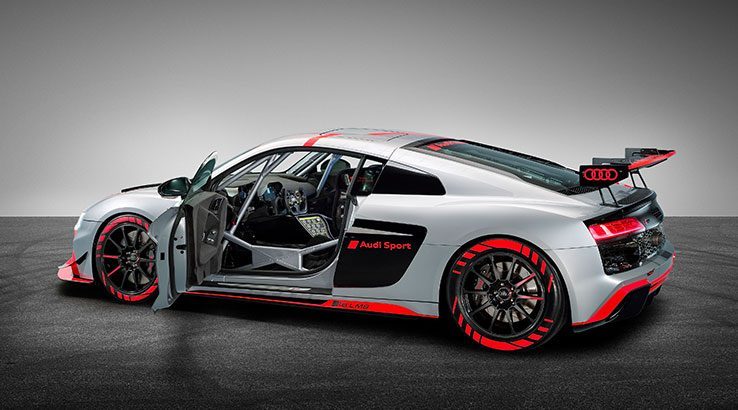 Sharing 60% of its components with the standard model, this track car turns things up to 11. You get 364kW underfoot, as well as adjustable traction control and ABS systems. You do this from the centre of the racing steering wheel, just like on an F1 car.

Buying one of these models allows you to join in 27 championships worldwide, in addition to two 24-hour endurance events. The previous model took 17 title wins internationally.