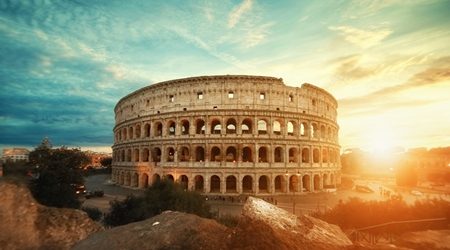 See who else tops the list and how to save on your 2019 European summer holiday.

Europe is packed with opportunities to experience something different from the everyday. You could pick Italy for its delectable meals, Greece for its white-sand beaches or France for its unending romance. All the food, culture, languages and landscapes can be overwhelming when considering what each city has to offer.

This can make choosing where to go in Europe difficult and we often default to the city with the cheapest flight without considering the day to day costs for each country.

For example, even though an average flight to Paris is $1,654 according to travel search engine Skyscanner, you’re looking at an estimated spend of $362 per day, putting a 7-day holiday in the French capital at $4,193. That can wind up being more expensive than the same trip to Milan, Amsterdam and Munich.

To help Aussie travellers make the most of their dollar, Skyscanner has researched the average airfare and daily spend in the most popular European cities to reveal the Best Value European Holidays for 2019.

The research took into account necessary day-to-day costs like accommodation and the occasional car hire as well as the smaller things like beer, a Macca’s meal and a cup of coffee.

Athens and Rome topped the list of best value European cities for Australian travellers, with an average daily cost of $227 and $254 respectively.

For the beer lovers, Barcelona showed up as a surprising value destination, with local beer costing only $4.89, while the same would be $10.60 in Paris.

These estimated daily costs also pushed Dublin all the way to the back of the pack as the most expensive destination. This is surprising considering airfares to the Irish Capital are often cheaper than Rome or Athens.

How can you save on flights?

An analysis of booking trends for the 2018 European summer revealed that few Aussies are prepared to book almost a year in advance, while the majority of bookings were made only in May 2018. FYI May bookings can be up to 22% more expensive than the same ticket booked in October 2017.

Looking further into the data, June is the most popular month to visit Europe, followed by July and August. However, the increased demand also makes June the priciest time to travel with airfares skyrocketing to $1,940 on average, compared to departing in May ($1,430), a 26% saving.

To make the most of your dollar, check out the shoulder seasons of May and September which still have great weather. Also, consider less expensive emerging cities to really maximise the value of your holiday.

If you’re keen to keen to book in soon for your next holiday then early bird sales to these and a slew of other European destinations are now available via Skyscanner. Plan ahead and you can save up to 44% on flights booked now rather than those closer to departure.

Want to jump on those early bird fares? Find your flight now:

Based on prices found on 4 October 2018, Skyscanner has calculated the difference between early bird airfares and the average airfare paid by travellers to that destination for the 2018 European summer.