Atari’s new cryptocurrency and console to begin trend: Is EA next? 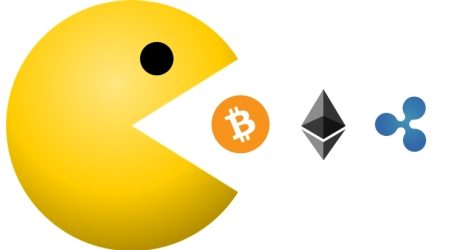 Decades after it helped start a phenomenon with Pong and Pac-Man, Atari is getting ahead of the curve by launching its own cryptocurrency. 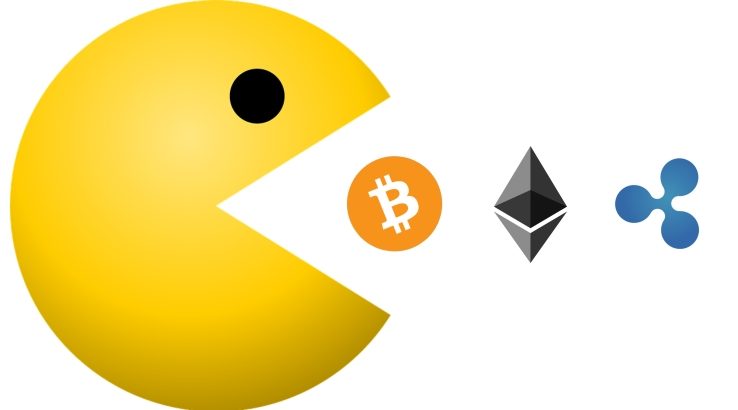 Money is a delicate subject matter within the gaming community. The growth and frequent misuse of microtransactions, free-to-play games and pay-to-win loot drops have people on edge. Only look at the drubbing Electronic Arts copped when it went too far with its approach to Star Wars Battlefront II. It was to be the biggest game of 2017, but it went from popular to punching bag as disgruntled fans reacted angrily.

Meanwhile, on the other side of the Internet, the cryptocurrency concept is booming. With a 1350% year-on-year increase in the total market cap, despite currently experiencing a dip in value, it’s arguably the biggest disruptor in the financial sector we’ve seen in decades. Over 1500 altcoins have joined pioneer bitcoin in the market and the video game industry has been watching closely.

For the most part, the majority of ways in which video games appear to be using the cryptocurrency boom is through the understanding of its underlying technology, blockchain. The use cases for blockchain to improve the gameplay experience are legion and, most notably, Ubisoft has recently stated its intent to explore its use in upcoming titles like Tom Clancy’s The Division 2.

Enter Atari; the company that launched a thousand smiles with brands like Pong, Pac-Man and Asteroids. It has just announced its plans to release two cryptocurrencies in the near future: the Atari Token and the Pong Token. The former will be the underlying economy for a new, digital entertainment platform that is yet to be announced and will include classic IP like Pac-Man. The latter will be usable on this gaming platform, as well as in online casinos.

(Note: Atari went bankrupt in 2011, then pulled itself out of the hole by creating the Atari Casino, a social gambling platform. Hence the Pong currency.)

Atari is teaming up with Infinity Networks to work on the project. The entertainment platform will be built on blockchain technology, with the Atari Token accompanying it. Atari acquired a 15% stake in Infinity Networks alongside the partnership, with the wording of the statement suggesting that the stake was not a cash buy-out, but rather an exchange for licensing rights to Atari’s library of gaming IP.

"Blockchain technology is poised to take a very important place in our environment and to transform, if not revolutionize, the current economic ecosystem, especially in the areas of the video game industry and online transactions. Given our technological strengths with the development studios, and the global reputation of the Atari brand, we have the opportunity to position ourselves attractively in this sector. Our objective is to take strategic positions with a limited cash risk, in order to optimise the assets and the Atari brand." – Frédéric Chesnais, CEO of Atari.

Setting aside the Pong Token for now – as blurring the lines of gaming and gambling is too spicy a topic for this little story – the concept of an Atari cryptocurrency that exists within a game playing platform is not an unexpected development. In fact, it’s only a matter of time before games, subscriptions, DLC, eSports registrations and other such costs are transferred from fiat currency to cryptocurrency.

Ubisoft is working on the blockchain

Look at EA’s Origin platform, for example. At the moment it needs to handle gamers from all over the world spending money in hundreds of different currencies and exchange rates. An in-house cryptocurrency, such as an Atari Token or an EAtherium, would cut out all the rubbish associated with international transfers and also alleviate hacking concerns, reducing the need for the costs of these products to include fees from banks and fund extreme security measures.

If you think we’re entering the world of sci-fi with that comment, consider this: Atari’s stock jumped 60% following the announcement. That’s a lot of faith from the market that cryptocurrency and gaming have a future together.

There was no reference to the Ataribox in the announcement. The mini console was announced back in June 2017, designed as something of a retro gaming box, but also capable of playing modern games. Whether the Atari Token will function on the Ataribox remains to be seen, but it would be fair to think this is a likely scenario.