Asus ZenBook UX482: A different take on laptops, but not for everyone

Quick verdict: The Asus ZenBook UX482 makes the most of its innovative and redesigned secondary ScreenPad display, though it's a niche product for laptop users who don’t want to hook up external monitors.

The ZenBook UX482 isn't Asus's first dual-screen laptop. But for this model, it's gone back to the drawing board with regards to how its second screen display actually works, making for a much-improved user experience in most regards. There's definitely something to be said for innovative laptop designs like this, but the end result is still very much a niche product for very specific users. 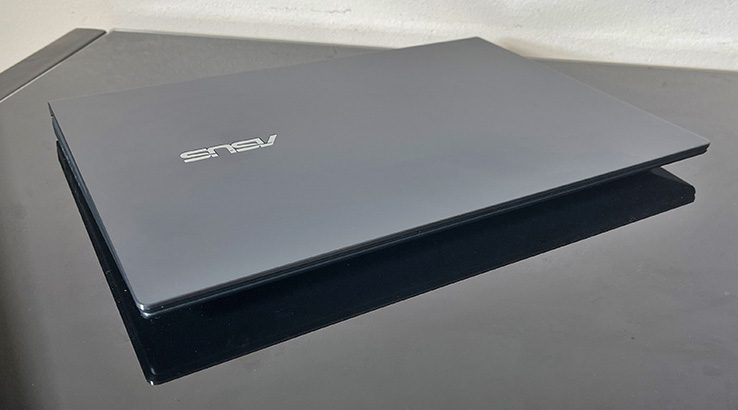 It's pretty easy to classify most laptops, because they typically fall into just a few categories. At the entry level, you've got your cheap plastic models, towards the mid-range you get into ultrabooks, and in the premium space, you get more powerful machines and gaming laptops.

The Asus ZenBook UX482 is something else again, because it's a very different form factor for what might appear from the outside to just be another ultrabook amongst the masses. Indeed, you could actually just use it as a straight-up 14-inch laptop, but that would be entirely missing the unique design point of the Asus ZenBook UX482.

It's a dual-screen laptop, with a secondary 12.65-inch "ScreenPad" display sitting just above the keyboard. Before you worry that that means it's a massive device, it's worth remembering that screen displays are measured on the diagonal. As a rectangle, the ScreenPad is only about 8.5cm tall.

The closest design equivalent you'll find is the Touch Bar on modern Apple MacBooks, but the ScreenPad takes the whole idea to another level. In pure display terms, the primary screen is a 14-inch Full HD (1920x1080) IPS LCD, with a screen-to-body ratio of 93% – or in other words, it's got pretty thin bezels, but not the thinnest – while the ScreenPad itself has a rather odd 1920x515 IPS LCD. Both displays are touch sensitive if that's your preferred input method.

There's also some rather nifty engineering at play here, because when you open up the Asus ZenBook UX482, the ScreenPad rises 7 degrees, giving it both a more natural and slight ergonomic advantage, as well as reducing overhead screen glare when you're looking at it.

You can't just cram a second screen onto a notebook without some compromises, and that's what Asus has had to do with the keyboard and especially the trackpad for the Asus ZenBook UX482. Compared to the space afforded to most 14-inch laptops, the Asus ZenBook UX482's keyboard is rather cramped, with very small arrow and function keys. There's simply no space at the bottom for a trackpad, so it sits rather awkwardly off to the right of the keyboard.

In terms of inputs, the Asus ZenBook UX482 is rather nicely equipped, with a single USB 3.2 Gen 1 Type-A port, a combination audio jack and a MicroSD card reader on the right, and dual Thunderbolt 4 ports and a full-size HDMI 1.4 port on the left. Charging is via that Thunderbolt 4/USB C port, so the unit ships with a pleasingly small charger, too. 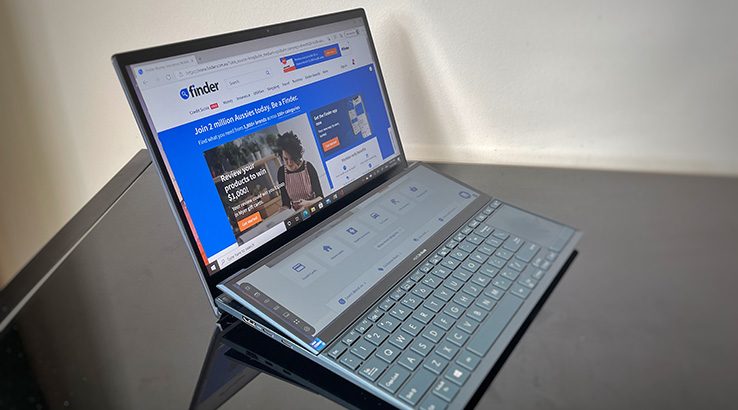 The model as supplied for review was the more premium NVIDIA-equipped variant with the Core i7-1165G7 on board, 16GB of RAM and 1TB of storage. Here's how it compares using a range of PC benchmarks against other similarly priced or specified machines:

Not surprisingly, the ZenBook UX482 doesn't quite match up to the sheer grunt of most gaming laptops, but then it's priced accordingly. On the other hand, within the ultrabook space, it's a very powerful machine, and again, you should expect that given its price point.

Performance metrics aside, there's also the question of how you're going to use the Asus ZenBook UX482. Here, the design again plays a part, and to be honest, I don't love the keyboard and trackpad layout all that much. There's a really steep learning curve just remembering that the trackpad isn't where your muscle memory is going to insist it should be, and the smaller cramped keys don't encourage fast typing if that's your primary work use. While it's possible to turn the ScreenPad into a touchpad for the primary display, that ultimately feels like a waste of its potential.

That's not the only trick that the ScreenPad can manage. It can be an extension of the primary display, either mirroring the resolution of a window if you partially drag it down, or flipping it to a much smaller version if you fully position it within the smaller display. You can set it to run with just the PC screen only, which is sometimes necessary for some apps that don't quite gel with the secondary display for some elements. Oddly, you can even get it to mirror the primary display, or run it with the ScreenPad as the only display, although I can't quite figure out working scenarios where that's going to be desirable.

Where it can work very well is if your workflow involves a lot of apps with floating toolbars. Adobe Creative Suite would be the obvious candidate here because it effectively gives you a nice toolbar space to throw common commands, or photo reels, or video, or whatever you're working on.

It's pretty much the laptop equivalent of a second screen display in this respect, but obviously a lot more portable. While Apple has sort of worked this way with its Touch Bar, it's always been cramped and has come at the total cost of function keys existing at all. The Asus ZenBook UX482 doesn't have that limitation, and as such it could be a very flexible working tool for those kinds of situations. 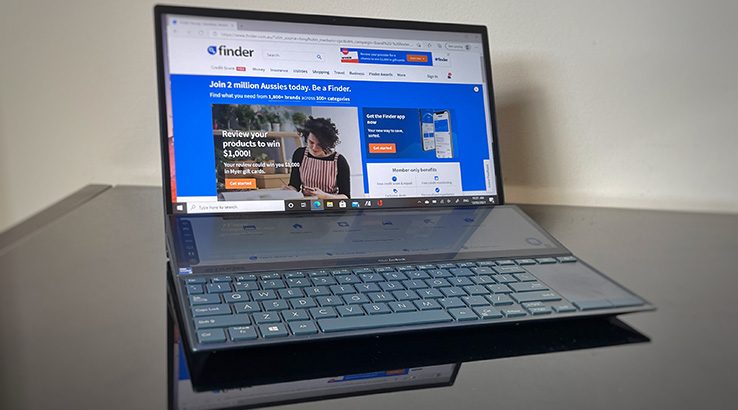 The Asus ZenBook UX482 ships with a sealed 70Whr battery that Asus claims is good for up to 17 hours of battery life. That's obviously going to be a super variable figure, depending on both your usage and the level to which you use both screens.

To put that to the test, I ran the Asus ZenBook UX482 through our standard battery life test, looping a locally stored Full HD video across the primary display with maximum brightness, moderate volume and all battery-saving measures disabled. To give a heavier workload comparison, PCMark 10's gaming battery benchmark was also run. Here's how the Asus ZenBook UX482 compares:

On the one hand, that's a decent set of figures for a laptop that is genuinely running two screens at once. On the other, there are other laptops – including some thinner and lighter options – that perform better in this regard.

While the Asus ZenBook UX482 isn't quite as portable as some ultrabooks due to its size and heft, you at least won't be struggling with a huge power brick. Recharging is via the Thunderbolt 4/USB C ports on the side, with a suitably small charger to plug in when you need to top up its power.

Should you buy the Asus ZenBook UX482?

There's a lot to like about the Asus ZenBook UX482. So many laptops are just tiny iterations on a core concept, stuffed with this year's processor and graphics chip and not much else.

You certainly can't accuse the Asus ZenBook UX482 of falling into this trap. It's something different, but like anything different, you do have to ask who it's best suited for. The compromises around the keyboard and travelling size aren't inconsequential, and that secondary display is really only useful if you've got need of a smaller secondary display on the go. After all, it's not as though it's hard or expensive to add a second desk-bound display.

The Asus ZenBook UX482 retails in Australia starting from $2,999.