ASUS ExpertBook B5 review: Not flashy but capable where it matters

Quick verdict: The ExpertBook B5 won't stand out in meetings for its design, which is just about as plain as it comes. However, its battery life is class-leading and it's well equipped for most mobile work needs if you're after a thin and light working laptop.

ASUS's ExpertBook line are business-centric laptops, and so it's no surprise that the design of the ExpertBook B5 is entirely utilitarian. There are no glowing keys, colour options or anything of the sort. That's the way business likes it, but it doesn't mean that the ExpertBook B5 isn't suitable for its stated purpose. 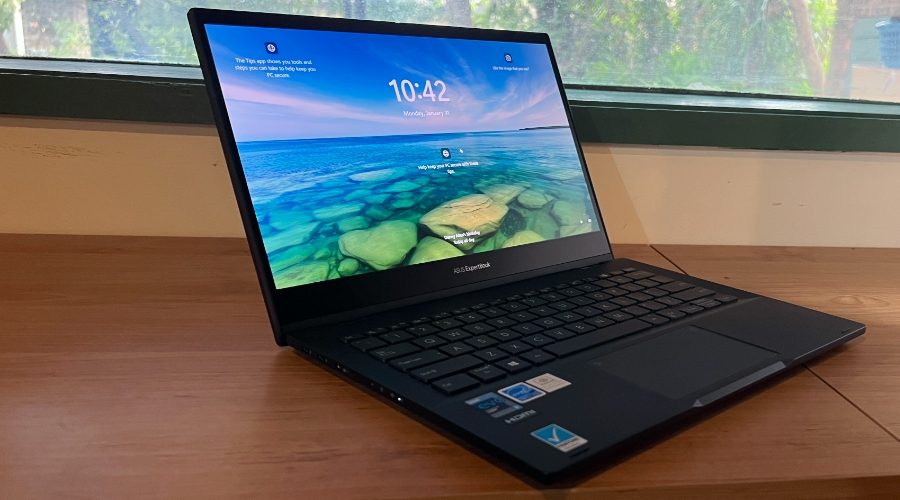 It's a thin and light convertible laptop that flips around into a tablet form factor if that's important to you. Like every other flippable laptop, you do end up with the keyboard rather awkwardly at the rear in this case.

The display on the ExpertBook B5 is a 13.3-inch touchscreen capable OLED, nicely premium for the range with a resolution of 1920x1080. Again, this isn't a gaming laptop so the lack of 4K really shouldn't be a problem outside of video rendering workers.

Bezels on the display are minimal, although with only 13.3 inches to play with you're not going to want to run too many apps side by side on the ExpertBook B5. There's a 720p webcam at the top of the display. Quality there is mediocre; it'll get the job done for your zoom calls, but with quite ordinary quality. The presence of a physical privacy shutter is appreciated, however. Keyboards on business laptops can be quite ordinary, but the ExpertBook B5 stands out with keys that have good depth and a nice quiet strike action. When you're talking about a laptop that you're going to be thumping out notes on during a meeting or working on in an open plan office, quiet is typically more desirable, even though some do prefer the attack noise of a mechanical keyboard.

The size of the ExpertBook B5 doesn't allow for a number pad, so ASUS builds it into software as a digital overlay that you can invoke by tapping the top right-hand side of the touchpad. It's a slightly odd way to work with spreadsheets due to the lack of physical feedback, but it's at least something that ASUS has considered. The left-hand side of the ExpertBook B5 houses dual Thunderbolt 4 USB-C ports, a micro HDMI port that also does double duty as an ethernet adaptor socket. It also houses a physical volume rocker, something of a rarity in its class. The right-hand side features a full sized HDMI socket, USB 3.2 A type socket and a combination headphone/microphone jack.

The right-hand side is also where the power button lurks. Like many laptops, it does double duty as a fingerprint sensor for biometric unlocking. Here I hit a few issues, because it's a very thin sensor, which means that misreads are rather common.

The ExpertBook B5 measures in at 30.9x21.06x1.69cm and 1.3kg, so it's not the lightest in its category. We've seen a number of sub 1kg business laptops of late, although you'd need to be lugging the ExpertBook B5 around for quite a long while for that "extra" 300g to make a real difference to you. 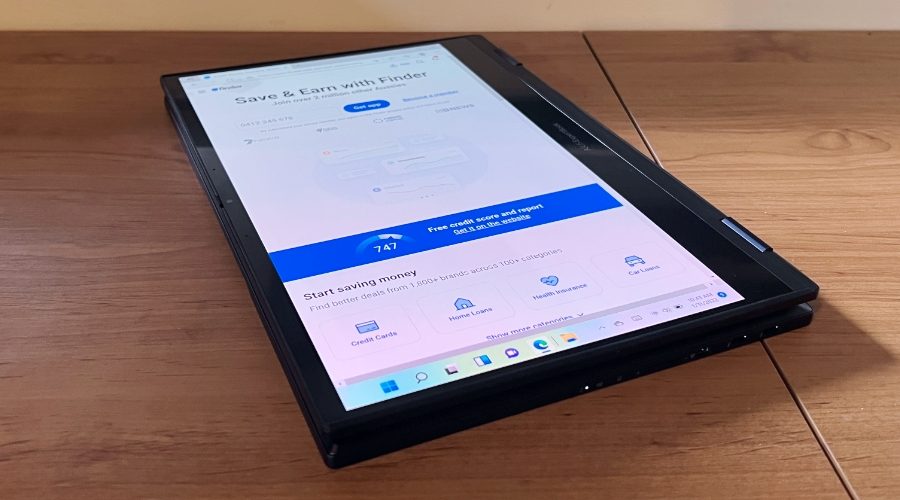 Most business laptops tend to offer a range of configurations to suit different business needs, but for the ExpertBook B5 at the time of writing, you've got just 2 processor choices. The lower cost model ships with an Intel Core i5-1135G7 2.4Ghz processor, while the premium model shifts up to an Intel Core i7-1165G7 2.8GHz model. By default it's got 16GB of DDR4 RAM on board, although up to 48GB is supported. Storage comes via a 512GB M.2 NVMe PCIe 3.0 SSD, with CrystalDiskInfo identifying it as a Samsung MZVLQ512HALU drive.

The model supplied for review was the premium Core i7 model, running Windows 10 Pro out of the box. As part of the set-up process, the ExpertBook B5 identified that it was immediately ready for Windows 11, so I allowed it to fully update before setting it up for testing.

As a business machine, any laptop running a Core i7 with 16GB of RAM should fly through basic business tasks, and I certainly have no complaints there. Typing up this review on the ExpertBook B5 wasn't an issue, and multiple tab work in Google Chrome was just fine.

Looking at it from a comparative benchmark sense, the ExpertBook B5 sits below quite a few other slim business-centric models. Here's how it compares using PCMark 10 and 3DMark Time Spy – not that it's a graphics powerhouse to speak of:

ASUS, like so many other laptop makers does make a little money out of you by preinstalling a range of applications on the ExpertBook B5. You get ASUS Business Manager, Disney Plus, McAfee Personal Security and Spotify already taking up hard drive space whether they fit within your business plans or not. It's nothing that everyone else doesn't do, but it's annoying to have to ferret out crapware each and every time I set up a new laptop. ASUS's claim for the ExpertBook B5 is that its 66Whr battery is capable of battery life up to 12 hours, which is conservative in this space in terms of vendor claims. As always, though, any claim that is "up to" has to include battery life that runs far less than full whack.

Your battery life is totally going to depend on the application load you place on the ExpertBook B5, so I ran it through Finder's standard suite of battery life tests against a range of competing laptops to see how it compared:

At just a touch over 9.5 hours on the video test, the ExpertBook B5 does fall a little short of ASUS's claims. However, within its class, it performed the best with light weight video processing tasks, and second only to the very similar Dynabook Tecra A40-J in PCMark 10's more intense gaming battery benchmark.

ASUS provides a nice compact 65W USB-C charger with the ExpertBook B5, good for topping up its battery rapidly when it does run low. The one catch here is that the small power brick gets very hot when charging. In a situation where you might have to balance both charger and laptop on your lap – say, on a business class flight in some situations – that could become uncomfortable quickly.

The ASUS ExpertBook B5 is a reasonably priced business laptop that should primarily appeal for its balance. It's certainly not the showiest business laptop if you're looking to impress clients; it's just a workhorse machine with solid battery life for workers who need a little extra processing power on the road.

This is a competitive class of laptops, however, so I'd advise also looking at (and pricing out) the Dynabook Tecra A40-J, Acer Swift 5 or Dell XPS 13 2-in-1 amongst others comparatively when you're laptop shopping.

I tested the ExpertBook B5 over a 2-week period for a variety of business tasks including web browsing, document creation and the use of synthetic benchmarks to gain a comparative picture of its performance. Battery life was tested by using it as a day to day working machine, as well as through benchmarks that specifically target battery usage scenarios.

I've been reviewing laptops since 1998, covering every brand and nearly every model released in that timeframe from a wide variety of manufacturers, so I have extensive laptop testing, evaluating and writing experience. The ASUS ExpertBook B5 was loaned to me for the purpose of review by ASUS.