Aspera AS6 Review: Back to basics

Quick verdict: The Aspera AS6 is a low-cost handset for those with moderate needs, but it doesn’t impress in any aspect, even against other budget phones. Aspera's latest Android phone, the Aspera AS6 is unashamedly a budget device. Costing just $149, it's pitched towards buyers with limited budgets and needs.

It's a basic budget phone, but it's one that can't help but feel a little out of date considering the big shifts we've seen in the budget space of late, falling behind on camera quality and overall processing power. 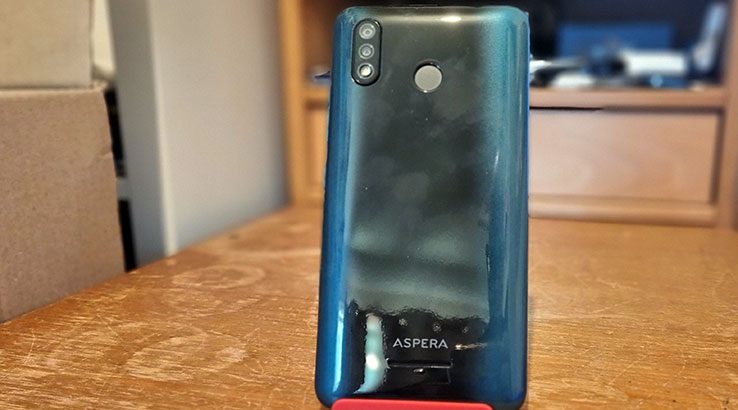 The design of the Aspera AS6 is nothing but basic and just a little bit dated. The front display is a 5.99-inch HD+ IPS panel, but where most makers are now opting for teardrop notches or hole-punch cameras, Aspera's opted instead for big thick framing bezels on the top and bottom of the screen.

The overall effect is that you end up holding a phone with a sub-6-inch display that feels like it should have a much larger screen. It's not unusual to see phones with lower resolutions at this price point, although in testing, the Aspera AS6 did show a tendency to wash out its images. In direct sunlight, even with brightness at maximum, it's tough to make out much, too.

One of the features that Aspera makes note of in its sales pitch is that it comes with "the latest security technologies such as fingerprint sensor".

I can't quite work out how Aspera's counting its history there, given that they've been in smartphones for nearly a decade now. The fingerprint sensor is located on the rear of the phone, and it's very high up the already tall body of the device. That makes it harder to reach than is really desirable, especially if you have shorter fingers.

One nice touch for the Aspera AS6 is that it ships with a simple gel case for protection. Just because you're buying a cheap phone doesn't mean it shouldn't be protected. As you'd expect, the main body is plastic with a dark green/blue tone at the sides that's reasonably pleasant to look at. 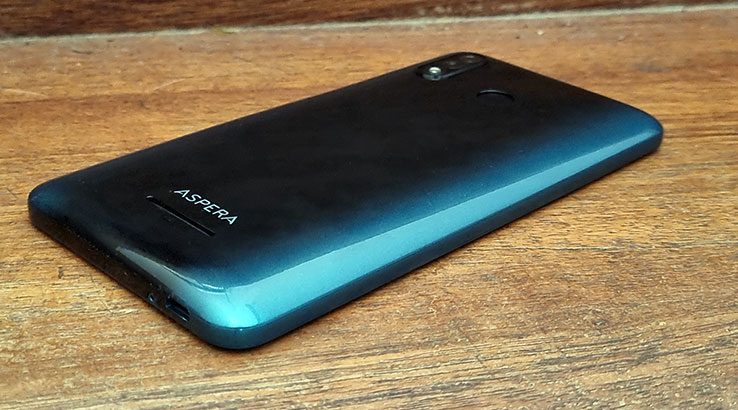 Low-cost phones historically had awful cameras because the sensors, memory and engineering for good cameras cost real money. In recent years, we've seen a substantial trickle-down effect from the premium and mid-range space with many budget phones at least getting up to the level of "capable" when it comes to camera technology.

It seems that nobody told Aspera this because if I were to describe the cameras it has as anything but "ordinary", I'd frankly be guilty of some pretty egregious hype. At the back, you've got a single 8MP sensor, and at the front, a 5MP selfie camera. It's a basic formula that can deliver fair results at best, but often you'll struggle to get focus and decent colour out of any of the shots that the Aspera AS6 can take. That's true whether you're taking photos of family pets, wildflowers or selfies.

On the plus side, you can't accuse the Aspera AS6's camera app of being too complicated. You can choose between Picture-taking mode and Video-shooting mode… and that's all. This isn't going to confuse anybody coming to smartphone photography anew, but it also means that there's very little scope for photographic creativity here, unless camera noise and blur count for creativity these days. 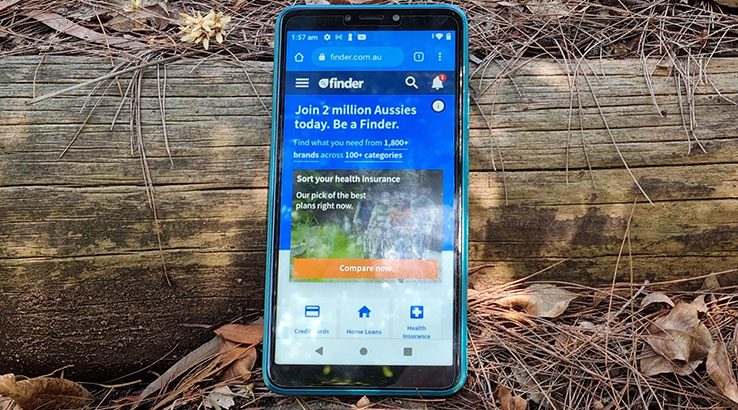 Under the display, Aspera opts for the budget chip of choice, placing a MediaTek MTK 6739WW processor, PowerVR GE8100 GPU and just 2GB of RAM. That's a very lightweight combination of specs, and it's kept low-cost with just 32GB of onboard storage. Thankfully, there is support for microSD card expansion, although Aspera states it'll only work with 64GB cards at most. That keeps expansion cheap given the price of a 64GB microSD card, but also limits your expansion options quite sharply.

Performance issues are mitigated by the fact that the Aspera AS6 runs on Android 10 Go, the specially sliced-down Android variant for low-powered devices.

In the budget space, you're always going to see compromised performance in benchmark terms, and the Aspera AS6 certainly struggled to deliver much in the way of performance. Here's how it compares against other budget offerings using Geekbench 5's CPU test:

The Aspera AS6 could only manage the OpenGL part of 3DMark's Slingshot Extreme test, and even then only just. This isn't a phone you'll be able to do much gaming on.

The same story plays out when you're using the Aspera AS6. We've seen performance out of Android Go phones that outperforms their mediocre specifications before, but the Aspera AS6 often stutters when launching apps or bringing up web pages. It's functional, but even within its class, it's not particularly exceptional.

One nice futureproofing touch here is that the Aspera AS6 is dual-SIM capable, with one micro- and one nano-SIM card slot. Both SIMs are 4G capable, although you do have to pop the battery out to put in a SIM or microSD card. 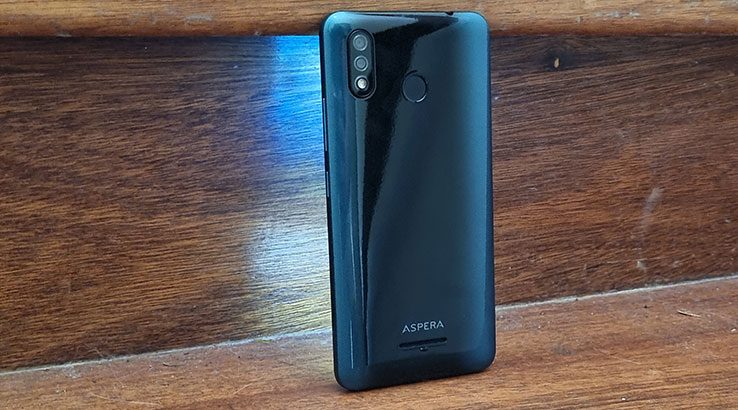 The Aspera AS6 is a relatively large phone for a 5.99-inch phone, but that doesn't translate into a large battery capacity. With a removable 3,000mAh battery, it's actually somewhat small by smartphone standards these days.

So how does that translate into overall battery performance? To test this, I ran it through our standard battery rundown test. This involves playing a YouTube video at maximum resolution and brightness and moderate volume for an hour from a fully charged phone, noting the battery percentage remaining after that hour.

What we're looking for here is a score above 90%. Below that mark, phones tend to struggle to last a day under moderate or heavy usage. Previous Aspera phones such as the Aspera Jazz 2 haven't fared well in this respect.

So how did the Aspera AS6 compare?

While it's better than the last Aspera Android phone we tested, that 80% figure is still well below the threshold for moderate daily usage. It is possible to see the Aspera AS6 last out a day's usage, but only if you use it very lightly.

Should you buy the Aspera AS6?

Finder score: 2
How we score our reviews

The Aspera AS6 really struggles to impress in any one area. It's notable as one of only a handful of Android phones these days to ship with a removable battery, but it's also hamstrung by the fact that its battery life is truly sub-par.

The same is true of its general and camera performance, too. There's plenty of competition in the budget phone space right now from a wide range of brands, and the Aspera AS6 ultimately just doesn't do enough to impress.

The Aspera AS6 sells in Australia for $149 outright. 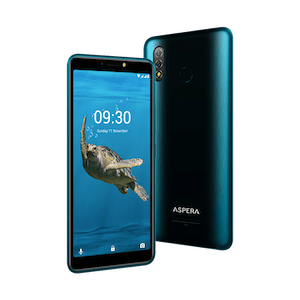