Ask Finder: Is it worth paying extra on Jetstar to earn Qantas Points? 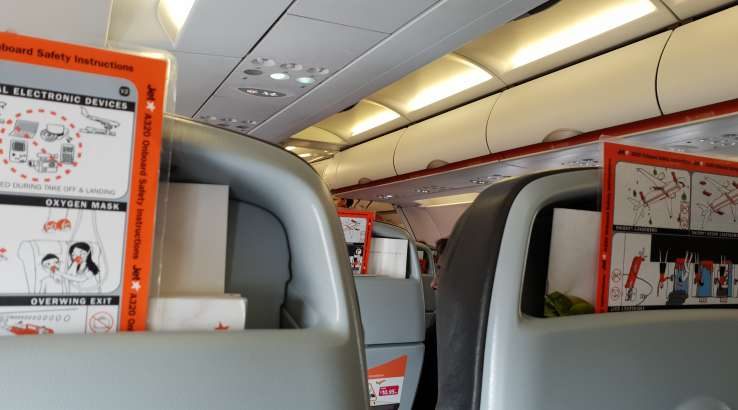 Do your sums carefully before paying more purely for the points.

Hey Finder, I know I can earn Qantas Points on Jetstar flights if I pay for an extra bundle. Is that worth doing? Thanks, Points Hog

First, let's quickly revisit the basics. Although Qantas does indeed own Jetstar, you can't earn Qantas Points on a regular Jetstar flight. To do that, you need to purchase either a Starter Plus or Starter Max bundle.

How much you pay for that will depend on the flight you've chosen. As an example, let's use Sydney to Melbourne, which is Australia's busiest airline route. Here's what you'll get with each bundle. (The non-points inclusions are important, as we'll see.)

If you're paying for the bundle purely to earn points, it's hard to justify. Paying $40 for 800 points is an equivalent rate to $50 for 1,000 Qantas Points. We always advise that you get at least $20 in value for each 1,000 Qantas Points when you redeem, which is quite straightforward if you redeem your points for flights. But in this case, you'll need to get at least $50 per 1,000 points simply to break even. That's extremely difficult to do.

It's quite a different story once you factor in the other inclusions. The 20kg checked baggage, $10 meal credit and seat selection are collectively worth $40. In that case, you're effectively getting the Qantas Points for nothing.

So the key question is: do you really need those other extras? Would you have paid for them even if you weren't earning points? Personally, I'll always pay for seat selection, but it's rare for me to pay for checked luggage or an onboard meal. So in most cases, I'd be better off just paying $7 for the seat and leaving it at that. If you do need to check baggage, it's potentially worth it, as long as you plan your day so the onboard meal makes sense.

(Pedantic note: If you're a Club Jetstar member, charges for seat selection and baggage will be slightly lower, but that doesn't change the basic argument.)

A similar calculation applies to the Starter Max bundle, but the results are less favourable to Jetstar. Starter Max lets you score an exit row seat (normally an extra $18 on this route) or an up-front seat (otherwise an extra $13).

Let's assume you can get an exit row, and also need the 30kg luggage allowance (valued at $35) and the $10 meal credit. That adds up to $63, which means you're paying $22 in order to earn 1,200 points. That's about the same as the likely value you'll get when you redeem those points. In other words, you're no worse off, but you're no better off.

So on this route, Starter Plus could potentially make sense, but Starter Max is a tough sell as a points-earning strategy. And there's also another factor you need to consider: the actual cost of a competing Qantas flight.

The cheapest regular seat you'll see on a Qantas service for Sydney to Melbourne (outside of a sale) is $145. On the date I checked, the cheapest Jetstar seat was $68. Add $85 to that and you've got $153, which is very close to the typical Qantas fare.

It's not a direct apples-to-apples comparison, since you'd have to pay more for an exit row on Qantas if you wanted one and you'll potentially have fewer meal choices with Qantas' "free" option than with Jetstar's "paid" deal. But it's a good reminder: if you're keen to earn points, check the competing Qantas fare before paying extra for the bundle.

In a recent Ask Finder, we concluded that spending your Qantas Points on Jetstar flights was rarely worth it if you're looking for maximum value from your points. It's more complex when you're trying to earn points on a Jetstar seat.

If you plan to pay for checked baggage, a seat and a meal anyway, it can work out as a worthwhile choice. But make sure you compare competing Qantas flights first, and don't just sign up for a bundle purely to earn points without comparing carefully.