Asian home buyers are less likely to default on mortgages 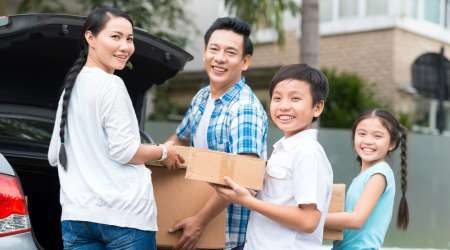 Australia has a low default rate but that could rise due to cultural risks, new Swinburne University of Technology research reveals.

People from cultural backgrounds where getting financial assistance from families is the norm are less likely to default on their mortgages, new research shows. This includes those from South East Asian countries.

We also found in societies where the culture is to save more and for people to control their desires and instincts, the default on mortgages is lower. The findings are true both in relatively stable economic periods (2010-2013) and during a period of financial crisis (2008-2009).

In analysing the factors behind mortgage delinquencies, we used data on default rates from 42 developed and developing countries. These countries represent about 90% of the world's gross national income and the world's outstanding balance of housing mortgages in 2013. The rate of people who defaulted on their mortgages varied from 0.05% in Hong Kong to 17.05% in Greece.

Australia has a low default rate on mortgage, thanks to a strong level of national income, stable growth of the property market and a low unemployment rate. However, it ranks high in all cultural dimensions that potentially lead to high default rate which times of widespread economic hardship accentuates. So policymakers should be mindful of unfavourable economic conditions that may trigger mortgage default.

There are a number of explanations for our findings. Individuals who have a tendency to enhance or protect their self esteem by taking credit for success and denying responsibility for failure may overestimate their abilities to make enough money to meet their long term financial obligations. They also have relatively weaker self-monitoring skills and may not budget well.

Also, in societies where people are expected to be independent and only take care of their own interests, the rate of default on mortgage is higher. A lack of access to support from extended families and groups may make it difficult to pay back their mortgages during the period of financial hardship.

In societies with a strong emphasis on enjoying life there was a higher rate of defaults. These people are more likely to follow their impulses and desires and so might not allocate their financial resources efficiently. They may spend more money than they can afford on leisure activities and have less savings to service their mortgages.

Not surprisingly we found countries with higher levels of household disposable income, lower unemployment rates and higher growth in house prices, would have lower default rates on mortgage. However, national debt rules, regulations and chronic and prolonged illness, aren't significantly associated with defaults on mortgages in our sample countries.

Housing mortgages account for about 75% and 50% of total consumer lending in the developed and developing economies, respectively. Our findings are of particular importance for multinational financial institutions because they hold mortgage loans as a large portion of their assets and therefore higher default rates may significantly lower their market values.

Our results show that lenders should take into account the cultural backgrounds of borrowers when determining how likely it is that they will default. This is in addition to common economic factors such as income, unemployment and house prices plus socio-demographic factors like divorce and race and borrowers' health characteristics.

For example, multinational financial institutions could promote their mortgage products more in societies where people receive support from their relatives or members of groups. They could also focus on countries where people have a higher propensity to save for the future and are less interested in leisure activities. This could save these institutions a lot in terms of risk, but would also be much better for their customers.

Reza Tajaddini is Lecturer in Finance and Hassan F. Gholipour is Lecturer in Economics at Swinburne University of Technology. This article was originally published on The Conversation. Read the original article.