Apple finally lets you repair your iPhone yourself – but should you? 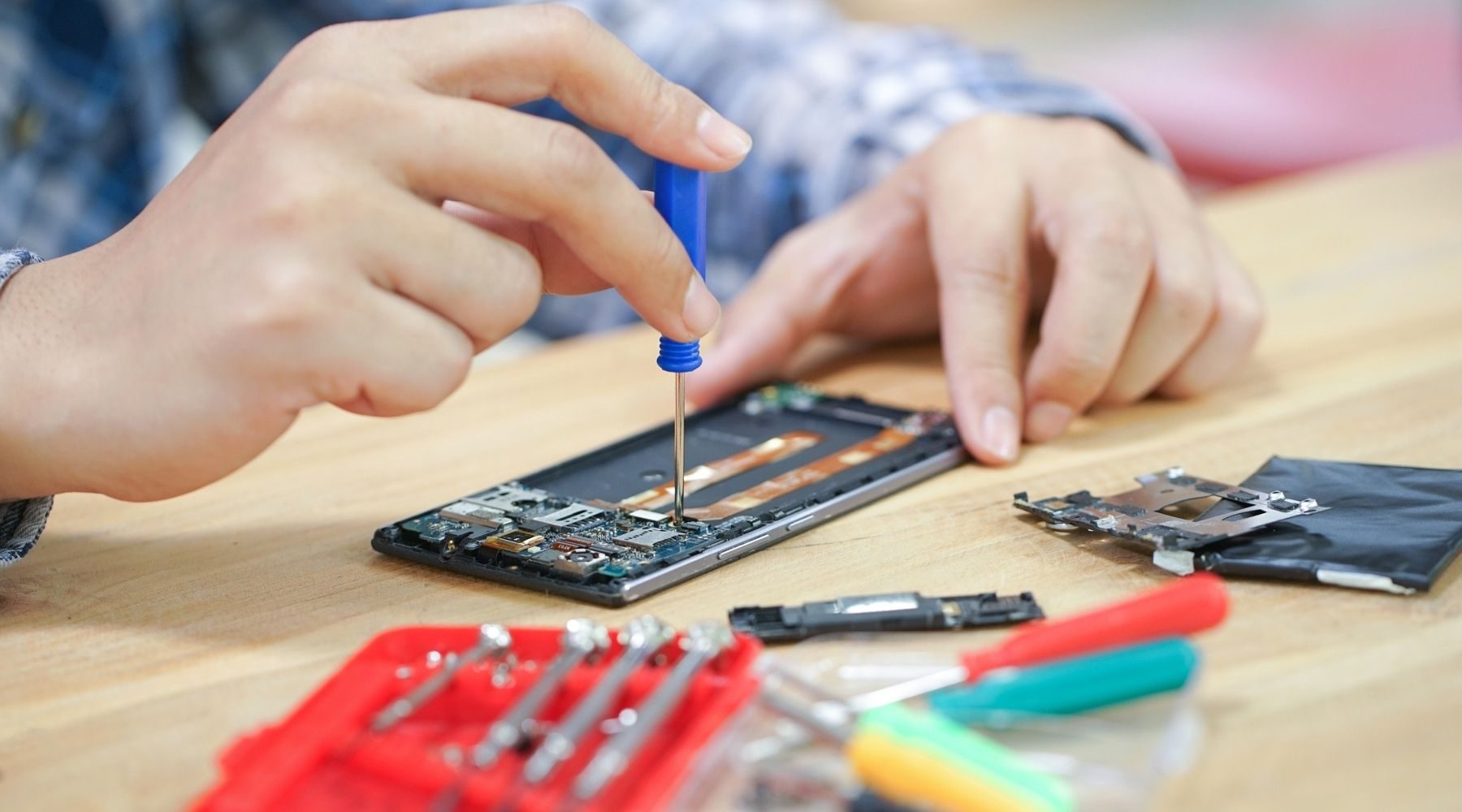 Self repair parts for iPhones will soon be available from Apple, but is this your smartest move?

Apple has announced that consumers will soon be able to repair iPhones and Macs themselves through a system it's calling "Self Service Repair".

It's a big shift for Apple, a company that historically hasn't been keen on anyone inside either an Apple Store or under its Apple Authorised Repairer system tinkering with any of its devices. This has sometimes resulted in blocking out iPhones with unauthorised repairs from systems such as camera modules or TouchID verification systems.

Here's what you need to know about Apple's Self Service Repair, and whether it will be right for you.

Which devices will be supported?

Apple says that Mac computers with M1 chips (that's the newer line-up of Apple Macs including the Apple M1 MacBook Air or Apple M1 Max MacBook Pro 16) will fall under the system in 2022.

What about iPads, AirPods, Apple TVs or iPod Touch? 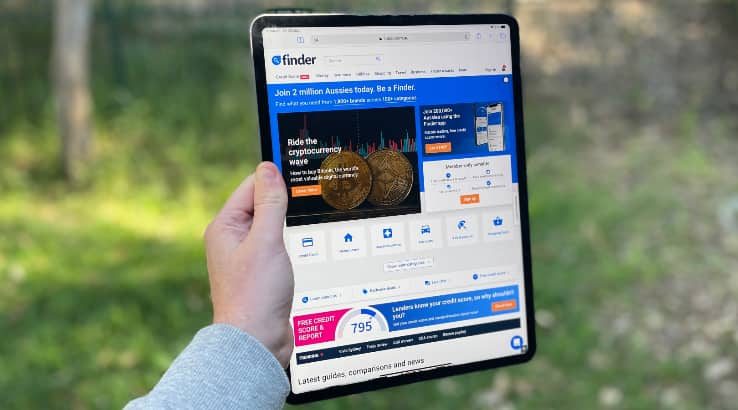 It's not yet clear to what extent Apple will open up the repair system beyond relatively recent iPhones and Mac computers.

While Apple doesn't fully reveal sales figures any more, it's abundantly clear that these 2 categories do make up the bulk of its sales, but if you're hankering after the ability to patch up that creaking old Apple G4 Cube, you're probably out of luck.

Actually, you're definitely out of luck, because Apple periodically denotes specific older lines as "obsolete" within its systems, which means even if you take them to Apple Stores they won't have parts for them any more. That's not going to change just because Apple will sell parts directly to consumers.

Can I do this self service repair right now?

At this stage we do not have concrete timing or additional country roll out plans to share, nor do we have pricing.

Apple says that the process for Self Service Repair will involve the following:

To ensure a customer can safely perform a repair, it's important they first review the Repair Manual. Then a customer will place an order for the Apple genuine parts and tools using the Apple Self Service Repair Online Store. Following the repair, customers who return their used part for recycling will receive credit towards their purchase.

What that indicates is that you'll be able to read through a repair guide for your iPhone (or eventually your Mac) and try to ascertain what the issue might be and where a hardware fix might be appropriate.

Clearly, for example, if you'd dropped and cracked your iPhone's camera, you'd know you'd need that part, and Apple's repair manuals should provide the necessary diagrams and walkthroughs for what you'd need to do.

How much will Apple Self Service Repair parts cost?

Apple hasn't yet said how much it will charge for iPhone screens, batteries or camera modules, noting that these will be the first focus of its new scheme.

Where this will be interesting is in the balance between that part cost and how much Apple (or its authorised repair partners) charge for that repair in labour costs. It's long been a point of contention that Apple repairs are significantly more expensive than similar third party repairs for the same issues.

We can get an indicative idea of how much some parts might cost, however. If you break your iPhone 13 display and it's not a break covered by warranty, here's what Apple currently charges for a full repair job:

It's fair to assume that just the physical screen should cost less than this pricing. If not, except in extreme circumstances, it wouldn't make any sense not to get Apple to repair your iPhone for you.

What will Self Service Repair mean for my warranty?

This is extremely unclear, and we're waiting to hear back from Apple with regards to the difference between taking an iPhone to an authorised repairer, or fixing it yourself.

However, again we can take an educated guess as to Apple's thinking here.

While it can still make some level of profit from parts sales directly to consumers, it's probably not as keen to get bogged down in the mire of consumers making a pig's breakfast of actually fixing their phones.

If Apple breaks your iPhone while repairing your screen, it's pretty much always going to replace it for you unless there was other damage you hadn't disclosed. If you break it yourself because it drops off the breakfast table onto the floor tiles, it's probably a different matter.

As such, you may be required to agree that your warranty won't apply for these parts, although it's again then a very open question about what that might mean under Australian Consumer Law specifically.

We'll update once Apple Australia lets us know what the situation there would be. As it stands, while Apple has announced the system, it doesn't even have details on what this would mean for US customers available just yet, let alone international customers.

Does this mean I could use Apple's repair manuals and third party parts to make it cheaper to repair?

In theory, yes, you may be able to do just that.

At the very least, this may allow third party repairers a clearer understanding of the best processes to follow when undertaking repairs, which is a small win for consumers in any case.

Should I use the Self Service Repair option? 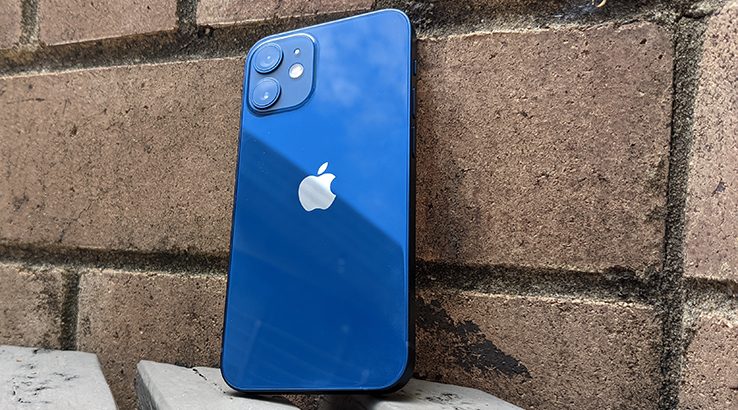 Put simply, iPhones aren't exactly built out of LEGO, and it would pay to know what you're doing before you commence down that path.

For many consumers, the difficulty of repairs, and in some cases sourcing some of the tools you might need could be enough incentive to more simply hand over a broken iPhone or cracked Mac directly to Apple, paying its higher asking price as a result.

However, if you're happier tinkering, or want to save the labour costs, or you're in a situation where there's no nearby Apple Store or authorised repairer, it could be your best and quickest option to get your Apple device working again. It would certainly be smart to check and compare once the scheme is up and running in Australia to work out entire cost of repair and timing issues for your specific problem.

If Apple charges a serious premium for the parts such that it's close to its own total repair costs, then it would be a poor move for most.

If most consumers aren't likely to repair their phones, why is Apple making Self Service Repair available?

Globally, there's been a strong push towards what is generally called the "right to repair" movement, which seeks to reduce planned obsolescence and keep technology rolling for as long as possible.

This isn't just a smartphone issue, encompassing everything from washing machines to combine harvesters, because just about everything has a computer in it somewhere these days. Apple has rather specifically been under pressure in this area in the US. Locally, the Productivity Commission has also looked into similar areas, with a report handed to the Federal Government (but not yet public) as of 29 October 2021.

Apple is in some ways enabling a right to repair for consumers, while at the same time also rather clearly making it possible for it to profit from them. After all, a repair part you buy from Apple will have some profit built in, whereas a third party part you bung into your iPhone yourself nets Apple absolutely zero bucks.