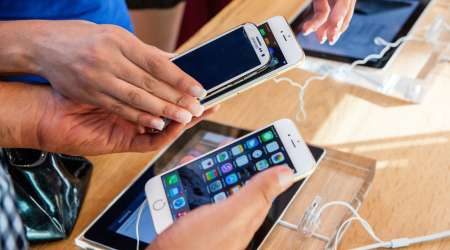 "Eliminating third-party access to the Apple NFC function is particularly effective in stifling innovation and competition."

The stoush between Australia's biggest banks and Apple first properly kicked off last month. CommBank, NAB and Westpac are seeking permission from the Australian Competition and Consumer Commission (ACCC) to collectively negotiate with Apple over access to Apple Pay and the iPhone's NFC functionality, which is crucial for contactless payments. So far, only ANZ and American Express offer access to Apple Pay.

While much of the argument is over what cut of every transaction Apple will take, the main public arguments are couched around security and innovation. The major banks say that access to the iPhone's NFC sensor would be a useful enhancement for their own apps. Apple maintains that the only way it can ensure contactless payments remain safe is by controlling the entire process itself. (That's a very typical Apple attitude.)

Two new submissions to the ACCC's investigation come down on the side of the banks. Heritage Bank, which is Australia's largest customer-owned financial institution, usually positions itself as an alternative to the Big Four. In the case of contactless payments, though, it suffers from the same issues as the majors, and it argues that the ACCC should allow the banks to collectively negotiate.

Heritage Bank has offered NFC payment options for Android since July 2015 through its Heritage MobilePay app and as the banking provider for Cash By Optus, but like every other bank, can't yet do that for iPhones. "iPhone users are consequently disadvantaged by the lack of access provided by Apple to issuers who offer their customers the option of a mobile payment wallet other than Apple Pay," its submission notes.

The submission also takes issue with Apple's claim that it provides the best security options, and notes that Apple does not actually take on all the risk involved in those transactions. "The industry is not able to develop and enact agreed Australian standards relating to the safety, security and stability of mobile payment systems for which issuers, not Third Party Wallet Providers, primarily hold the risk," the submission says.

Australian payment platform provider Tyro is even blunter in its assessment:

Eliminating third party access to the Apple NFC function is particularly effective in stifling innovation and competition, because it is the only available and highly secure connectivity option that is ubiquitously available across the entire card payment infrastructure and terminal fleet. Any third party card payments innovator would either be forced to pay the Apple fee on top of the card fees, face only partial acceptance and inconsistent user experience for its mobile payment solution using other connectivity options or need to fund and complete a significant infrastructure and terminal fleet replacement program offering an alternative connectivity option. None of these is a commercial alternative.

Tyro also notes that Apple restricting access to the NFC capabilities on the iPhone isn't just a challenge for banks. "Third party wallet providers of services with regards to transport, passports, driver licences, loyalty solutions and many other innovations not yet imagined that require the wallet and NFC connectivity to the phone will face this access barrier and cost disadvantage," Tyro's submission says. "New ideas beyond the wallet model are unable to leverage the NFC at all. For example security systems such as car parks, building lifts, premises access etc. where the tight proximity enables additional security from snooping/eavesdropping or a new payments scheme that does not use the conceptual form factor of cards with PANs etc., e.g. PayPal with usernames and no interchange will not be possible."

Apple isn't the sole subject of the ACCC applications. The banks also want the ability to collectively negotiate with Google over access to Android Pay, and with Samsung for Samsung Pay. However, there are already 28 banks offering access to Android Pay in Australia, so there's nowhere near the same sense of urgency. And the submissions from Heritage Bank and Tyro, which focus entirely on Apple, make it clear that it's what happens there that will draw the most attention.

The ACCC is continuing to take submissions until 18 August, and will make a preliminary decision after that. Whatever happens, it will be fascinating to see who else decides to dive into the fray.