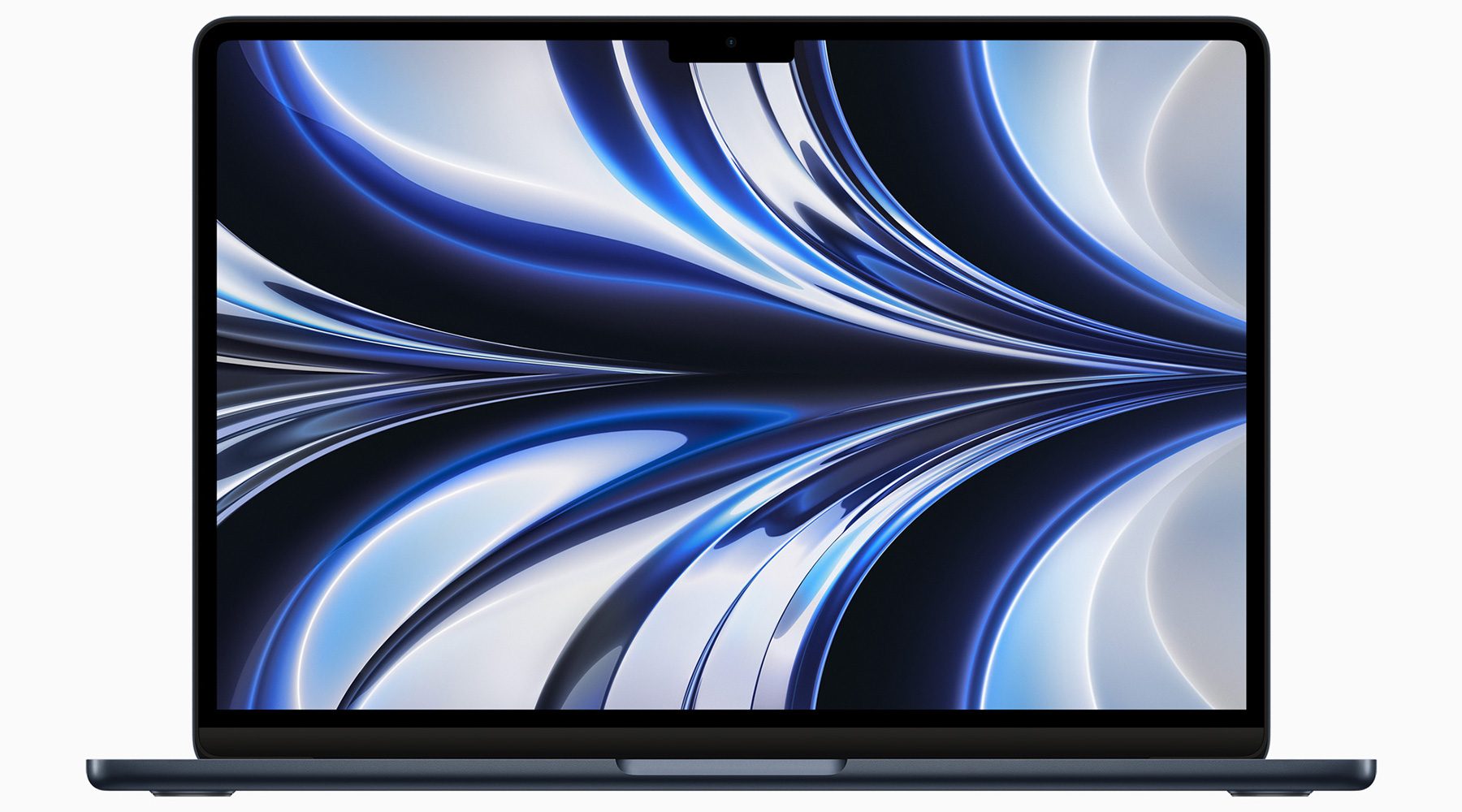 Apple's updated MacBook Air brings with it the power of its new M2 chip, MagSafe charging and more.

Announced at the WWDC 2022 keynote, the updated model of the MacBook Air laptop sells primarily on the inclusion of Apple's second generation "Apple Silicon" chip, the M2 processor. However, it's not the only upgrade for Apple's slender laptop.

How much does the Apple MacBook Air M2 cost in Australia?

In Australia, the baseline configuration of the MacBook Air M2 costs $1,899 with an 8-core CPU and 8-Core GPU, 8GB of RAM and 256GB of SSD storage.

Those 2 variants are the models you're likely to see at wider retail, but you can also configure upgrades if purchasing directly from Apple. That baseline model can bump up to the 8 Core CPU/10 Core GPU silicon for $150 extra. Either model can jump to 16GB RAM for $300 extra or 24GB RAM for $600 extra. 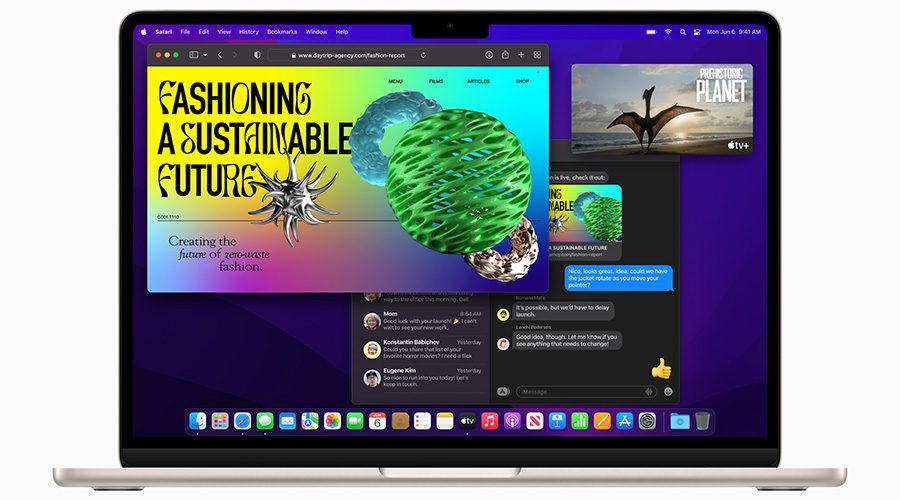 Expanding the storage to 512GB for that baseline model will run you $300 more, which means that it's priced exactly the same as the secondary model if you opted for that and the higher spec CPU/GPU. Jumping to a 1TB drive will cost $600 from the base 256GB model or $300 from the 512GB variant. If you're after lots of storage, a 2TB upgrade will run you $1,200 or $900 more respectively.

The only other paid upgrade option outside software such as Final Cut Pro or Logic Pro is the power adaptor. The baseline model ships with a 30W USB-C power adaptor, with a 35W Dual USB-C or 67W USB-C adaptor costing an additional $30 each respectively. The upper tier model comes with the 35W dual adaptor as standard, but you can specify for the 67W charger if you prefer that.

The most expensive you could make a MacBook Air M2 (excluding software extras) in Australia is $3,849 for a model with a 2TB SSD, 24GB of RAM and an 8-core CPU and 10-core GPU.

The really important detail here is that the nature of the "Apple Silicon" experience is that all specifications are part of the same chip on the laptop. What that means is that you can't upgrade RAM at all in any way, and the only way to upgrade storage would be to plug in an external hard drive.

When can I buy an Apple MacBook Air M2 in Australia?

While Apple has announced pricing for the new M2 MacBook Air and similar M2 MacBook Pro 13, they won't go on sale in Australia until July 2022.

Apple has not yet specified the precise date, simply noting in June that they will be available "next month". Possibly as early as 1 July 2022, maybe as late as 31 July 2022. 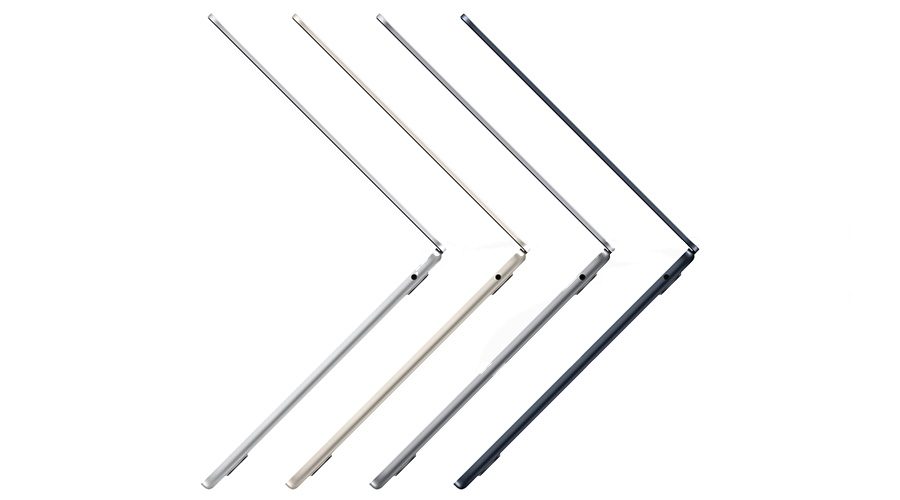 The Apple MacBook Air M2 will sell to most on the strength of that M2 processor, with Apple claiming up to 18% faster CPU and 35% faster GPU than the M1 generation, and quite a bit more if you were jumping up from an older Intel-based MacBook Air.

However, it's not the only new feature to consider coming to the Apple MacBook Air M2. There are a range of new colourways, with Silver, Space Grey, Starlight and Midnight finishes to choose from.

At the top of that display, you'll find an upgraded webcam, with Apple finally bringing 1080p to its laptop lines. With the advent of Continuity Camera in macOS Ventura, if you're an iPhone user that might not be that exciting, but it's still good to see Apple making its inbuilt cameras better, because they've not been a highlight in the past.

If you work best from a MacBook connected to an external display, you'll want to choose your monitor carefully, because the M2 MacBook Air only supports a single external screen at a time. That can be up to 6K, but only at 60Hz maximum. 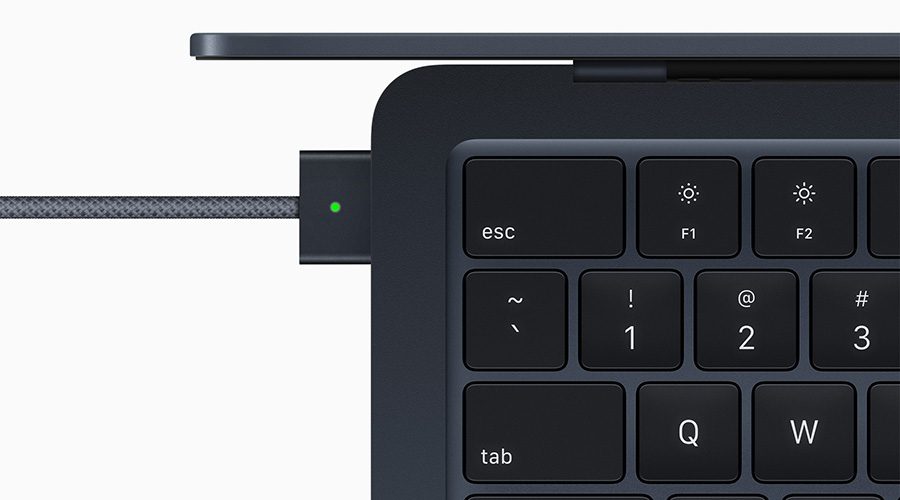 On the charging front, MagSafe 3 is built in for direct charging, although either of the MacBook Air's 2 Thunderbolt 4 USB-C ports will also support charging from compatible PD chargers.

Apple's claim with the MacBook Air M2 is that it will be good for up to 18 hours of continuous battery life while watching video.

That's less than what some competing ultrabooks claim, although as we've seen many times in our testing, claimed battery life figures and real world achievable figures can be very different matters.

We'll have to wait until we can properly test out the Apple MacBook Air M2 to know for sure.

Should I buy an M1 MacBook Air right now?

You certainly could, even from Apple itself.

The M1 MacBook Air is still a nicely powerful device, and Apple will continue to sell it alongside the M2 variant, with pricing starting at $1,499.

That's for the 8 Core CPU/7 Core GPU variant only with 8GB of RAM and 256GB of storage only.

If you're only looking at more basic productivity or office tasks, that might be a smarter buy, simply because of that $400 baseline saving.

You won't get MagSafe, and the screen is less vibrant and lacks the 1080p webcam, but there's little doubt that M1 systems will continue to see macOS upgrades for a few more years yet.

This M2 business is confusing. Is it more powerful than every M1 chip?

In short, no. And our benchmarks when reviewing the first released M2 laptop, the MacBook Pro M2 13", confirm that. In the WWDC 2022 keynote, all comparisons were against M1 chips or older Intel Macs – or directly against unnamed competing "PC 10 core or 12 core" CPUs.

Apple did note that the existing MacBook Pro 14- and 16-inch models with their M1 Pro and M1 Max processors would still have a performance edge if you needed the most power Apple is putting into a laptop right now. There's also the M1 Ultra chip as found in the Mac Studio if you really need cutting edge Apple Silicon performance.

It doesn't take too much crystal ball gazing to suggest that in due course, we'll see M2 Pro, M2 Max and M2 Ultra systems down the line to replace those units, but for now, the M2 outranks the base M1, but not the fancier M1 Pro, M1 Max or M1 Ultra systems. 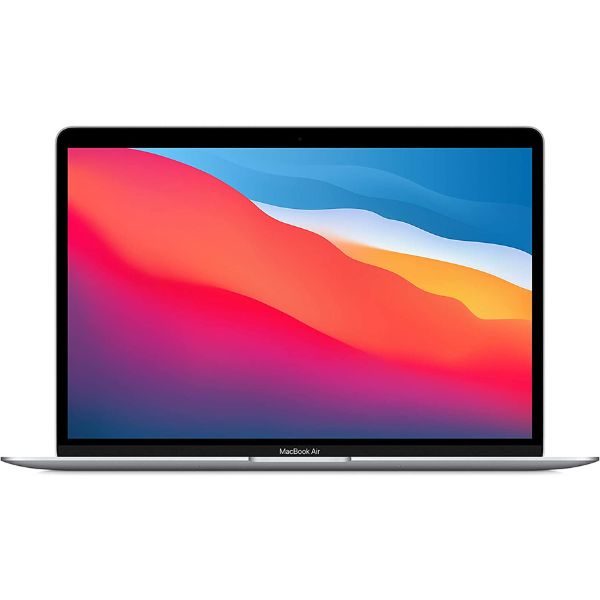 This affordable yet powerful machine features 8GB of RAM and 256GB of storage.

Head over to Kogan to enjoy these savings on a 13 inch MacBook that makes full use of all the capabilities of the M1 chip, with image signal processing and high-bandwidth memory.

This MacBook Air model comes with a whopping 16GB of RAM, leading to increased processing speeds for those who like to push their laptops to the limit.

Want even more info on the latest and greatest tech? Head over to Technology Finder.