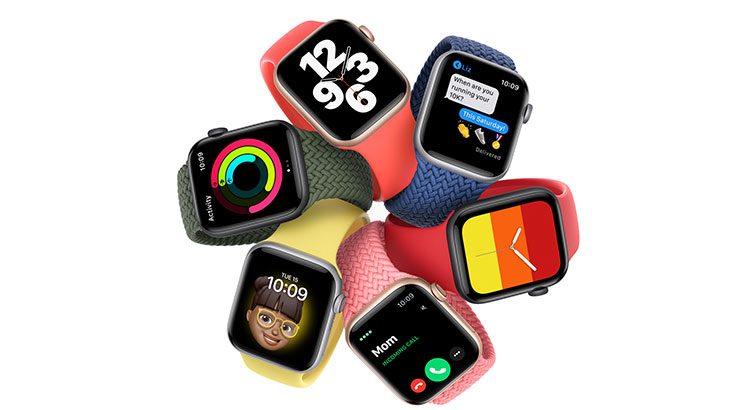 No iPhone 12 yet, but iOS upgrades are coming this week as well as Apple's new wearable and tablet hardware. 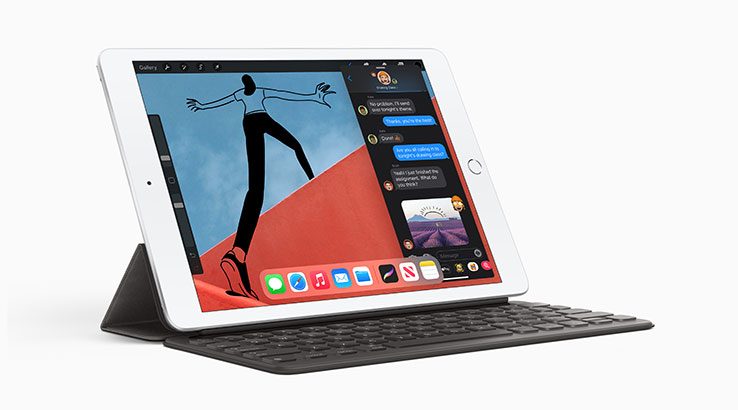 While Apple pitches the iPad Pro as its productivity line, it has more sedately updated its consumer-facing iPad and iPad Air lines. Of the two, it's the iPad Air that sees the most significant upgrades, adding the A14 Bionic Chip and a design that looks more like the Pro than it used to.

That means that the iPad Air doesn't have a front-facing TouchID button, but if you're thinking that it's finally getting FaceID, think again. Apple has instead shifted the fingerprint sensor onto the power button located at the top of the 10.8 inch iPad Air.

What it does inherit from the iPad Pro is the use of USB C rather than Apple's homegrown Lightning connector. Apple will make the new iPad Air available in Silver, Space Grey, Rose Gold, Green and Sky Blue from "next month" – no date specifics as yet, just October – with either 64GB or 256GB of onboard storage. The basic Wi-Fi only models will cost $899/$1,129 in Australia, while the LTE-enabled variants will set you back $1,099 or $1,329 respectively.

The regular model Apple iPad has long been Apple's "value" proposition for consumers who just want a media consumption device, but Apple is starting to pitch even its entry level model as a more productive device. It doesn't get quite the same performance as the iPad Air, using one of Apple's A12 processors, but that's still a bump upwards from the A10 processor found in the iPad 2019 model. There's no fancy power button fingerprint sensor or USB-C on the new 2020 model iPad, though.

However, unlike the iPad Air, if you want the new iPad you won't have to wait, with the new iPad on sale from today. In Australia, it will ship in Silver, Space Grey and Gold finishes, with either 32GB or 128GB of onboard storage for $499/$649 with just Wi-Fi, or $699/$849 with 4G LTE. That's a rather expensive upgrade for just a 4G modem, considering you can very easily buy a full 4G phone for less than that $200 price bump. 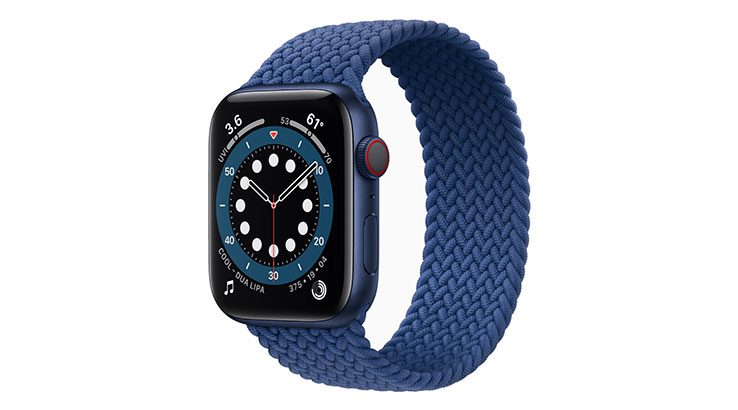 Apple used to be great at keeping rumours at bay, but not any more it seems, with new Apple Watches the other hardware announcement on Apple's radar overnight. The headline act is the Apple Watch Series 6, but there's also a cheaper option in the Apple Watch SE.

The lower cost Apple Watch SE is pretty clearly designed to appeal to folks who liked the rectangular display on the Apple Watch but not some of the price points that Apple has traditionally associated with its wearables line.

The Apple Watch SE runs on the Apple S5 processor, and you do miss out on higher end features such as the new blood oxygen or ECG features of the higher end Apple Watch, not that the latter has ever been certified for Australian use anyway. Apple Australia has confirmed to Finder that the Blood Oxygen app on the new Apple Watch Series 6 will be available to Apple Watch buyers, however.

The Apple Watch SE, like so many of Apple's Watches, comes with a dizzying array of watch band types, but the actual watch unit itself comes with either a 40mm or 44mm case style from $429 (40mm) or $479 (44mm) and upwards, with a $70 premium if you want the GPS+Cellular models. It's available to buy online from today.

Interestingly, Apple is still keeping the older Apple Watch Series 3 on its books, although only with a non-LTE model, with pricing at just $299.

The more premium Apple Watch Series 6 runs to the same sizes as the SE, but you get the aforementioned Blood Oxygen sensor, an always-on "Retina" display, sleep tracking features and options such as (predictably) a Nike model for fitness fanatics. Again, there's a bewildering array of band options, with pricing starting from $599, although the LTE-enabled model is a little more of a price bump than for the Apple Watch SE, starting at $749.

However, as the heading above indicates, what you won't get with the new Apple watches is a USB charger. Apple says it's dropping the bundled charger with its wearables as an environmental measure. It's been rumoured for some time that this is a move it may also adopt for this year's iPhone models. 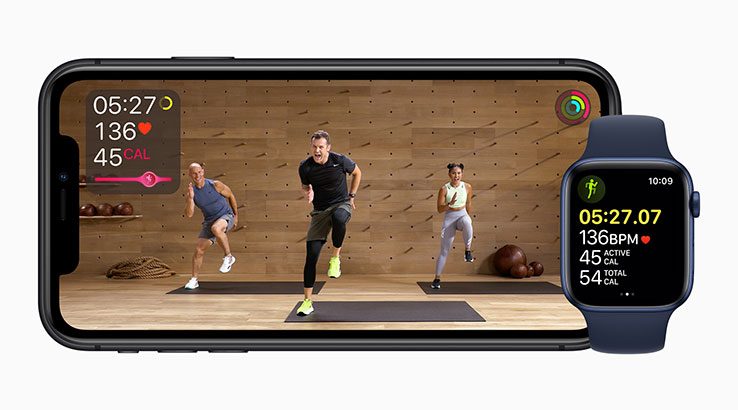 Alongside the new Apple Watches, Apple also added a new subscription fitness service for Apple Watch owners coming later this year. Fitness+ will set you back $14.99/month or $119.99/year, in return for which you'll get a range of personalised fitness services, including new workout types and custom videos from "celebrated, charismatic, and passionate trainers". Fitness+ will have a 1-month free trial, although new Apple Watch buyers will score a 3-month trial if they buy an Apple wearable "for a limited time".

That wasn't Apple's only foray into subscription services, however. Apple already has a slew of those, from iCloud for online storage, Apple TV+ for TV streaming, Apple News+ for periodicals readers, Apple Music for… well… music… and Apple Arcade for games fanatics. Its new Apple One service, which will launch before the end of the year, will bundle up all of them into a single subscription. As you might expect, the benefit here is a cost saving.

According to Apple, here's how Apple One pricing breaks down in Australia:

Apple revealed details of its annual upgrades to iOS, iPadOS, tvOS and watchOS at its virtual WWDC keynote earlier in the year, and this morning it made the announcement that the upgraded versions of each of those operating systems would start being pushed out to compatible devices from "16 September". Before you get too excited when you look at today's calendar, that's a US date, so it's more likely to start appearing on your devices from tomorrow, Australian time.

Apple didn't announce the new iPhone 12 family at its event overnight. While Apple famously never comments on rumours, it's been mooted that the situation around the coronavirus pandemic will see Apple delay announcing new iPhones until October, with possible staggered availability of some models through late 2020. We'll have to wait and see on that score.