There's an obvious fan divide between Samsung and Apple that we're not even going to try to gulf here. If you're very happily in one camp or another, then you're probably not interested in switching, although specification comparison can be interesting.

But what if you're after a new premium phone and just want the "best" option? That's always going to have a quantity of subjective judgement to it, but at a base level, here's how we'd compare the two new flagships. 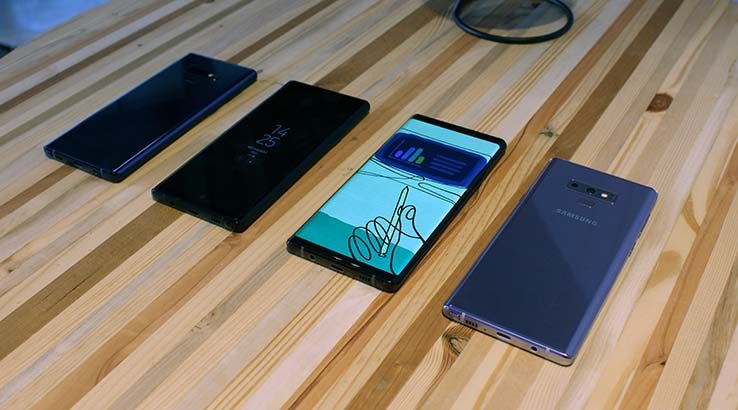 Apple's new flagship phone continues a journey that Apple started with last year's iPhone X, only, well, bigger, which is why it's the iPhone XS Max to stand out from the iPhone XS. There is a new processor at play and Apple's claim of 50% improvement in the A12 Bionic is impressive over the A11 Bionic, given that the A11 Bionic is already industry-leading. Realistically, that's as much a matter of developers finding ways to push the processor to new heights, which we might not see for some time.

The reality for the Galaxy Note9 is that it too plays in the same "incremental upgrade" space. There's no radical redesign in place for Samsung's S-Pen equipped handset, just an improvement in camera, battery and processor specifications, alongside simpler DeX integration and Bluetooth features for the S-Pen.

For the Galaxy Note9, Samsung adopts a two-tier approach, with either Qualcomm's Snapdragon 845 or its own Exynos 9810 processor on board. Here in Australia we officially get the Exynos 9810 variant, although some direct resellers do offer the Qualcomm version. You can read our full Samsung Galaxy Note9 review here.

Either way, the Note9 has some serious processing power, backed up by 6GB of RAM. It's worth noting that the Note9 is still officially only running Android 8 ("Oreo") rather than the newer Android 9 ("Pie"), while the iPhone XS Max will come with Apple's newest iOS revision, iOS 12 out of the box.

At the level these two phones operate, app performance isn't typically an issue except for very intensive games and some video processing applications. Apple does get some extra oomph out of its processors thanks to the optimisations it can bring from being both the software and hardware provider that Samsung isn't privy to, but neither handset is a slouch in performance terms.

Apple is fully aware that camera power is a key part of the smartphone experience, although it's an area that in some respects Apple appears to be shifting towards processing power rather than new camera features. The iPhone XS Max features dual 12MP rear cameras, not that different to last year's iPhone X.

Where Apple's pitching its raw power there is in the ability to do a lot of post-processing, as well as the selections that the camera makes when you take a shot in terms of exposure and colour balance. That could make it a better option for more novice photographers, although you are then relying on the camera to guess your intentions each time.

The Samsung Galaxy Note9 features a rear-mounted dual-camera array with very similar performance to the Galaxy S9+ and that's no bad thing whatsoever. It has superb low-light performance for a smartphone, a lot of customisations and easy-to-use pro controls if that's your photography preference. 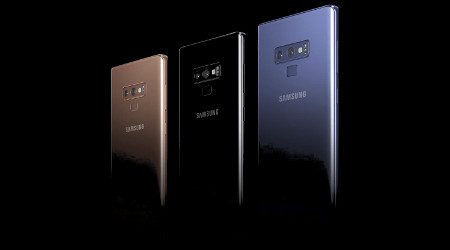 The good news for Apple is that the iPhone XS Max has a claimed 90-minute lifespan boost over the iPhone X. No, Apple still doesn't list battery capacities for its handsets.

The bad news there is that the iPhone X was about the worst premium smartphone performer for battery life out of all the flagship phones we've tested since it came out. 90 minutes more is an improvement, but we'll have to wait and see how it compares in real-world and benchmark testing to see how much better it actually is.

Samsung swung away from large capacity batteries after the Note7, but it's very much in that space for the Galaxy Note9, which features a 4,000mAh battery. In our battery tests at the time of writing, it's the single best performer for battery life across every single smartphone we've ever tested.

Or in other words, Apple's got its battery work cut out for it if it wants to take on Samsung's Note9.

Apple simply doesn't sell in the low-cost space, but it's tilting ever higher with the iPhone XS Max. The lowest cost variant of the iPhone XS Max with just 64GB on board costs $1,799, the same as the top tier Note9. If you want 256GB of storage, it'll cost you $2,049, while the 512GB model will set you back an astonishing $2,369. That's a new high-water mark for a widely released flagship phone here in Australia.