How does Apple's iPhone XS Max compare against Nokia's retro redesign of the Nokia 8110 4G?

What to look for
Design
Power
Camera
Battery
Pricing

We've compared Apple's new iPhones against the best that the smartphone industry has to offer, and here at finder, we like to think we compare everything. Credit cards? Naturally. Insurance? Of course. Cryptocurrencies? For sure.

So in the interests of completeness, what about Apple's newest phone and the latest Nokia handset to reach antipodean shores? Nokia/HMD Global actually announced the Nokia 8110 4G back at Mobile World Congress, but at the time Nokia Australia representatives said that there were no plans to bring it to Australia. 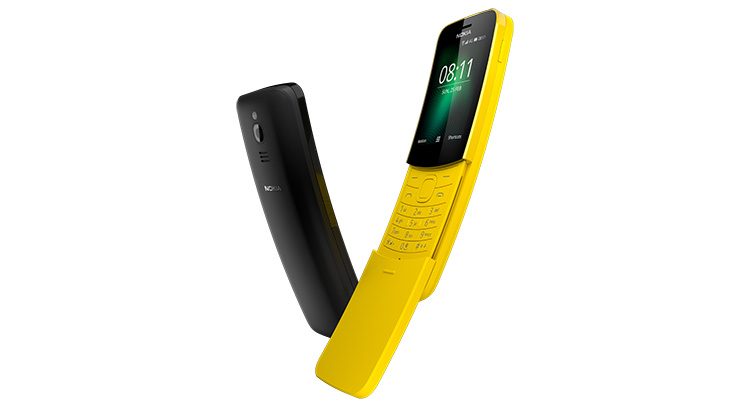 Looking at the iPhone XS Max, there's a clear evolution of the design that Apple introduced with the iPhone X back in 2017. That means you're looking at a 6.5-inch OLED panel with a top notch and no fingerprint sensor, with Apple entirely switching over to FaceID for this year's iPhone crop. Apple's iPhone designs are widely copied by large segments of the market, especially from Chinese vendors building for the domestic Chinese market, but there's only one Apple.

Next to the iPhone XS Max's OLED display, the Nokia 8110 4G can't help but feel a little underpowered with a 2.4-inch 240x320 pixel display. That being said, it's not as though the Nokia 8110 4G doesn't have its own sense of style, albeit style that's firmly rooted in the late 1990s. Curved TVs went through their fad period and you can still get curved gaming monitors, but the Nokia 8110 4G is the only curved phone in the market you can currently buy. If you like the style and want to really stand out in a crowd, opt for the banana yellow variant. The Apple iPhone XS Max is powered by an Apple A12 Bionic processor with an undisclosed quantity of RAM, alongside a fixed quantity of storage. As always, you can't upgrade the memory on an iPhone, so it's wise to choose the storage size that will most closely meet your needs. Still, with a claimed 50% performance improvement over the already impressive A11 Fusion, Apple's clearly looking to lead the pack in the premium space.

Where many low-cost phones opt for very low power Mediatek processors, Nokia went the other way with the Nokia 8110 4G, which runs on a low power Qualcomm processor instead. The Snapdragon 205 to be precise, and it's no powerhouse to speak of. Match that up with just 512MB of RAM and you've got to temper your expectations. On the upside, while it comes with only 4GB of onboard RAM, microSD expansion is supported for cards up to 32GB.

Comparison head-to-head in an apps sense doesn't quite stack up, of course, because Apple's running iOS 12 on the iPhone XS Max, while the Nokia 8110 4G runs on a modified version of kaiOS, although it does include features like Google Search, Facebook and Twitter. Running those apps on a T9 predictive text keyboard is an interesting challenge. 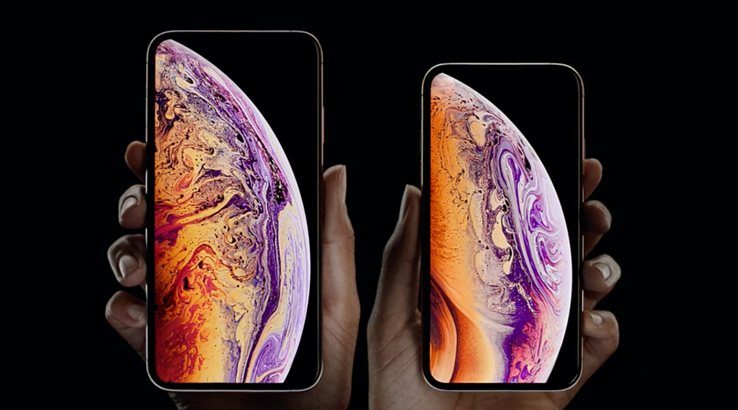 Apple is fully aware that camera power is a key part of the smartphone experience, which is why the Apple iPhone XS Max features dual 12MP rear cameras with improved low-light ability, alongside a front-facing 7MP FaceID camera.

The original Nokia 8110 launched at a time when smartphone cameras were in their absolute infancy and while the Nokia 8110 4G has something slightly better on board than you would have seen back then, it's a close run matter. It features a single rear-mounted 2MP camera. To put that in an iPhone context, it's the same megapixel count as you would have found on the iPhone 3G a decade ago and absolutely nowhere near the capabilities of the Apple iPhone XS Max.

Apple never formally announces battery capacity for its phones, instead generally opting to state battery life in terms of similarity to previous handsets. That's what it did with the iPhone X generation and for the iPhone XS Max it's done the exact same thing, with a stated 90-minute battery improvement over the iPhone X. Given that phone's generally woeful battery performance, the only way was up there.

The Nokia 8110 4G can claim a rare victory here, with up to 25 days of standby time. It even has a removable battery, something that's never been part of the iPhone's bag of tricks. 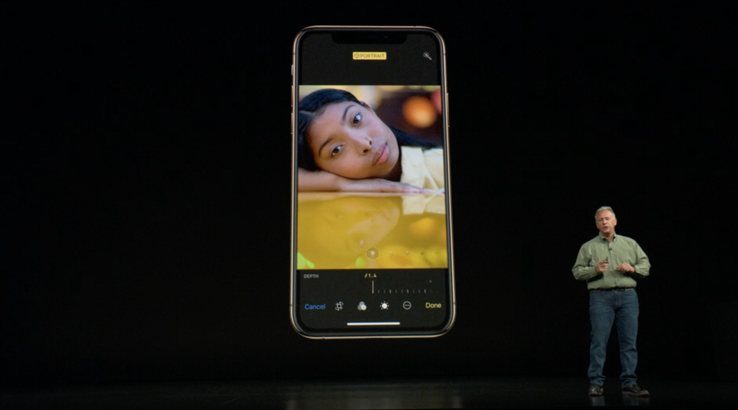 Apple simply doesn't sell in the low-cost space, so it wasn't any surprise that the announced price of the top tier 512GB iPhone XS Max tips the scales at a wallet-screaming $2,369.

The Nokia 8110 4G is considerably less costly, with a suggested Australian price of $129. Or to put it another way, you could buy 18 Nokia 8110 4G handsets for less than the price of one 512GB Apple iPhone XS Max.

Although we're not quite sure what you'd do with 18 Nokia 8110 4G phones. Given the curved shape, you couldn't even stack them neatly.