The war between Apple and Samsung continues with the iPhone 8 and Galaxy S8.

When the iPhone 8 was announced, it occupied an odd space in Apple's family of smartphones. Instead of serving as the flagship handset for 2017, it played second fiddle to the iPhone X, and even surrendered some of the spotlight to its larger sibling the iPhone 8 Plus. Of course, it's still an iPhone and as such packs plenty of premium value, but does it truly justify its asking price?

For around the same RRP as that of an iPhone 8, you could opt for Samsung's Galaxy S8 smartphone instead. The Galaxy S8 has been on the market significantly longer than the iPhone 8, and while it has some stiff Android competition on its hands, the premium space is one that's largely contested between just Apple and Samsung. So how do the two phones compare? 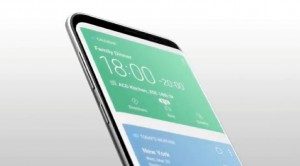 Apple is touting big results for its A11 processor, shared between the iPhone 8, iPhone 8 Plus and iPhone X lines. It's a 6-core, 64-bit processor built on a 10nm process that Apple claims is up to 70% more efficient than older iPhone models. Apple, after all, never likes to compare itself to Android devices. It's interesting that there's no CPU differentiation between iPhone lines given the wide pricing gulf between the iPhone 8 and the iPhone X, but it's quite likely that the more expensive iPhone X and iPhone 8 Plus will feature more RAM, giving them a leg up on the iPhone 8 in pure performance terms.

Samsung produces two versions of the Galaxy S8, using either the highly regarded Qualcomm Snapdragon 835 or its own Exynos 8995. It's the latter CPU we see here in Australia, and it's both powerful and quite good at gently sipping at the battery of the Galaxy S8, which is a solid combination.

We've been using the S8 for some months now, and while there are some very good Android competitors, including the Sony Xperia XZ Premium or budget-priced OnePlus 5 to consider, the Samsung S8 sits at the top of our best phones 2017 list for a reason.

Ultimately you're paying a premium price for either handset, and neither should be a slouch in the performance stakes, albeit for slightly different reasons. 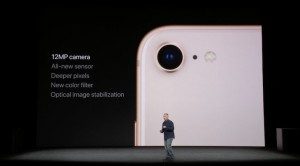 There's a slightly weird symmetry between the iPhone 8 and the Galaxy S8, because in both cases they are phones that on a specs level are just a little bit better than their predecessors, but overshadowed by other handsets in their respective ranges. The iPhone 8 is the only member of its generation not to sport a dual-lens camera at the rear, which means features such as portrait mode aren't open to it.

Samsung's push for the Galaxy S8 was a curious one in camera terms, because while it's a perfectly capable smartphone camera device, it's essentially rocking the same hardware as 2016's Samsung Galaxy S7. In the meantime, competitors have launched devices with dual cameras, but Samsung didn't get there until the Galaxy Note 8 launched.

This is, again, something of a tie. If you're looking for the absolute best cameras on smartphones you're probably going to have to look elsewhere, either higher up in the iPhone hierarchy or to other manufacturers (or the Note 8) on the Android side. 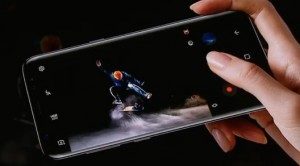 On paper, this is Samsung's battle to lose, because not only does the Galaxy S8 feature a larger and higher-resolution display, but it's using the same OLED technology for its panels as is found in the iPhone X. Reportedly, Samsung Technologies is the manufacturer for the iPhone X's display panel, which would seem to indicate that the iPhone 8's LED display is automatically second-best.

There are arguments to be made for LED, however. Apple has shown in recent years that it does a very careful job with colour calibration of its iPhone display panels, and that's led to many praising them as the best LED displays in the smartphone space. The Galaxy S8 has a larger display by a fair margin, but the tradeoff there is that it's a physically bigger and much taller phone than you might be used to. 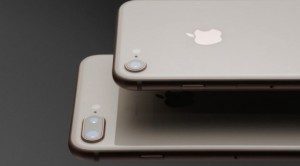 As for the Samsung Galaxy S8, it's one of the best battery performers we've seen and tested in 2017, bested by only a few phones including its larger Galaxy S8+ sibling. Its 3000mAh battery isn't huge by large phone standards, but its OLED display doesn't sap the power notably, even with heavy usage. Samsung has its stake in the ground in battery life terms, and it's up to Apple to prove it can match, or preferably better it. 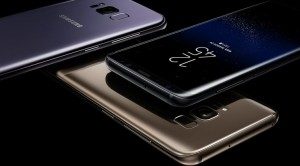 Undoubtedly there are the die-hards on either side who would never even consider the other smartphone as remotely acceptable, and for them this is entirely a philosophical discussion.

If you're considering the new iPhone, however, it's worth also considering Samsung's excellent and established Galaxy S8, especially on price grounds. Samsung prices the Galaxy S8 locally at $1199 outright, whereas the iPhone 8 will come in 64GB and 256GB varieties respectively for $1079 and $1329 respectively.

The Galaxy S8 is already available from multiple carriers at differing price points, while we're still to see Apple's contract pricing. The smart money says it's not likely to be inexpensive, because while other manufacturers often offer subsidies to telcos, lowering the overall cost to consumers, that's not an Apple play to speak of.