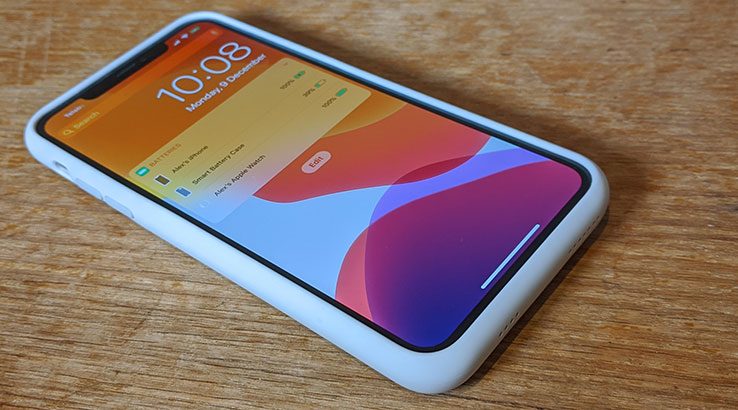 Apple's updated battery case adds a handy (if somewhat limited) camera shutter button and plenty of extra juice to get you through the day.

It's probably overkill for the iPhone 11 Pro Max, but owners of smaller iPhone 11 models with battery woes will get enough power from Apple's smart battery case.

For the longest time, the one pressing problem that every iPhone user faced was battery life. The power endurance of Apple's smartphones has long lagged behind that of its Android counterparts, and for many iPhones, that meant that they weren't even capable of a single day's battery usage.

Apple flipped that perception markedly this year with the Apple iPhone 11 Pro Max, a phone that can generally kick through a day's usage without too much trouble. However, the smaller iPhone 11 models have smaller batteries, and for those users – or owners of the Pro Max who just want plenty of juice on call – the Apple iPhone 11 Smart Battery Case is a smart buy. 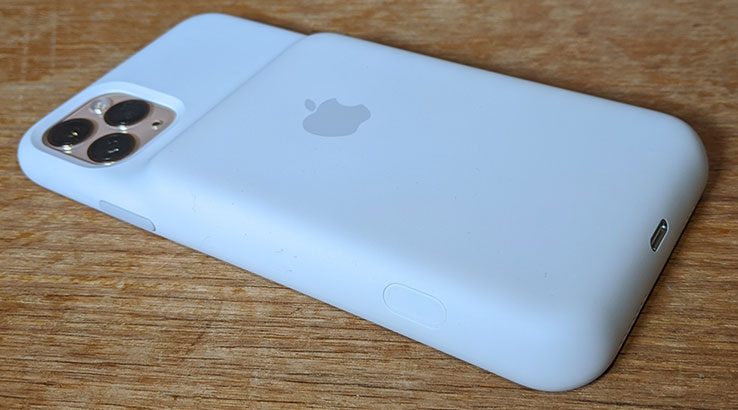 Apple isn't a newcomer to the battery boosting case business, but it's gone back to the drawing board somewhat for the Apple iPhone 11 Smart Battery Case. The model I've been testing out is the white variant for the Apple iPhone 11 Pro Max, although you could opt for a black variant instead if you prefer. It's finished in the same soft silicon as some of Apple's existing iPhone cases, and that gives it a really nice grip in the hand. 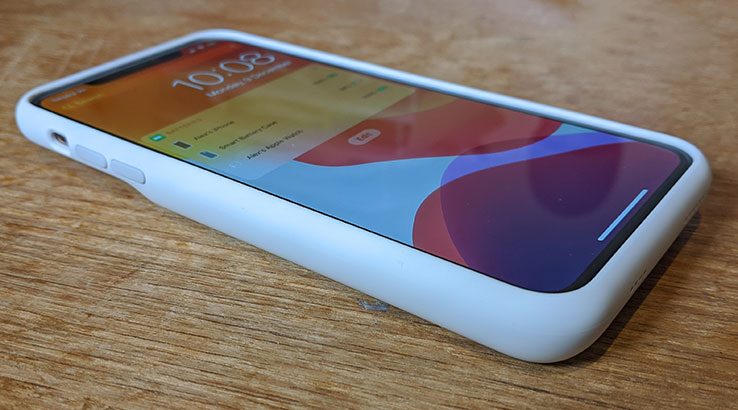 My one point of reluctance here is that I've used Apple cases in the past, and over time that soft silicon can tend to wear, and in some cases chip away depending on your usage. Everyone should use a phone case, especially iPhone users given the price of the handsets, but Apple's cases aren't the most robust creatures. Time will tell whether the Apple iPhone 11 Smart Battery Case has the inherent strength to last the distance.

What it certainly has is bulk, with the battery rather obvious behind a rear bulge from the back of the phone. The existing power and volume switches are duplicated with soft buttons, and like many deeper cases, reaching the mute switch is just a tad more tricky than without a case.

What's new here is a recessed shutter button on the lower right-hand side. It's recessed so you can't fire off thousands of pictures of the inside of your pocket accidentally, and you might not even spot it was there at first. 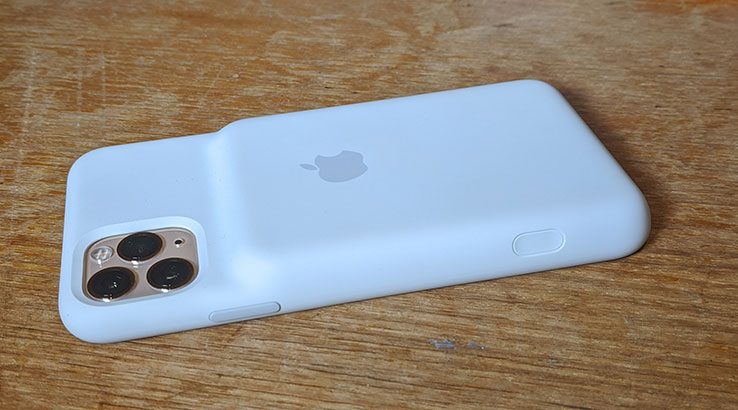 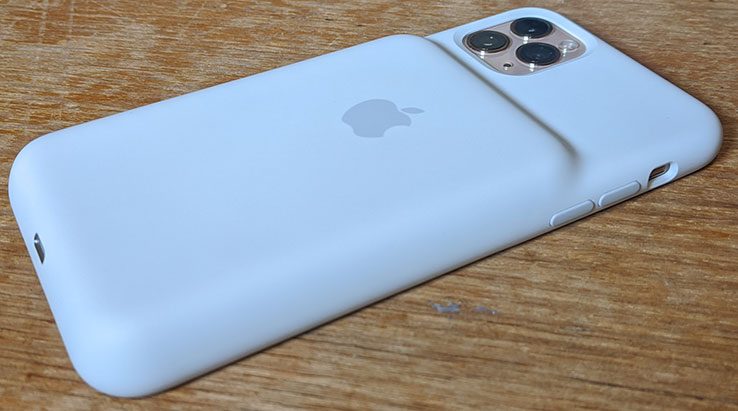 That "up to" figure is a necessary step because it's always going to depend on your usage. In many ways, it felt a tad redundant on the Apple iPhone 11 Pro Max I was testing with, because that's a phone that already has quite decent battery endurance.

The smaller batteries in the iPhone 11 and iPhone 11 Pro also only get that 50% boost, but that's 50% of their smaller batteries. I haven't tested them, but I wouldn't expect that same level of battery endurance for those phones. 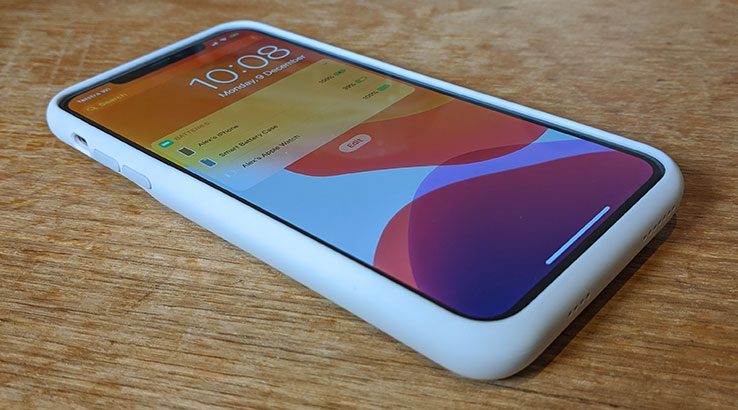 The Apple iPhone 11 Smart Battery Case can't escape the one obvious issue that any battery case adds to your smartphone experience, because it's notably both heavier and bulkier than an iPhone in an ordinary case or in its naked form.

That's not just a question of how it sits in your hand. The Apple iPhone 11 Smart Battery Case won't easily fit into most car screen mounts, for example. It's a simple matter to slide it out for that use case, but then of course if you're mapping with it while you drive, it's not getting any extra charge.

One advantage of being in-house Apple gear is that it gets full charge through to both the case and phone from one single Lightning connection. It's also Qi-compatible for wireless charging, although naturally, that will take longer to fully charge both the case and connected iPhone. Apple's control over iOS means that you can also check the individual status of the connected iPhone and the Apple iPhone 11 Smart Battery Case from the notifications widget at any time. 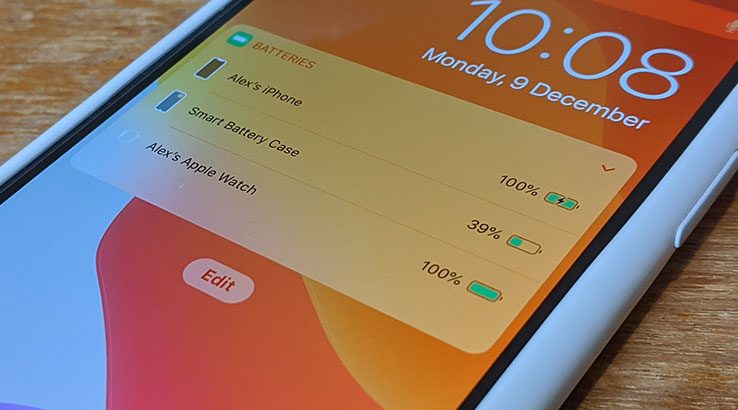 The camera shutter button is nicely built and well positioned for easy photography, but there's a notable catch here. Apple likes keeping its own apps at the fore, but there are many highly regarded third-party camera apps for iOS, and the Apple iPhone 11 Smart Battery Case doesn't work with any of them I've tested. Tapping the shutter button when apps such as Spectre or Obscura, or even trying to use the in-app camera in Instagram just causes the Apple camera app to launch instead.

I get it, Apple. You really like your own camera app. But giving options to folks who use camera apps other than yours would be a very welcome addition. If you do rely on one of these apps for your shot taking, the camera button is essentially useless. 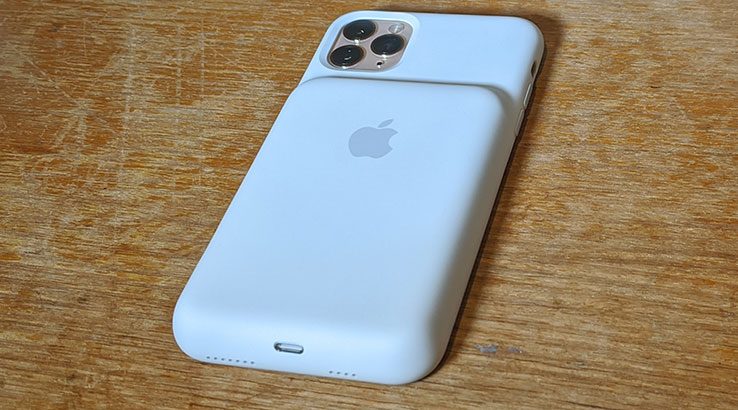 Should you buy the Apple iPhone 11 Smart Battery Case?

I can't help but think that the Apple iPhone 11 Smart Battery Case is overkill for iPhone 11 Pro Max users, but that's because Apple finally seems to have cracked decent all-day battery life. If you do have battery range anxiety on that model, and especially so for the iPhone 11 or iPhone 11 Pro, it's certainly a smart looking option, and it delivers on its battery promise.

The included camera button is a smart idea, but its implementation is ultimately lacking, simply because it will only default to Apple's own camera app. Apple could presumably code around that with a future iOS upgrade, but I'm not holding my breath waiting for that to happen. 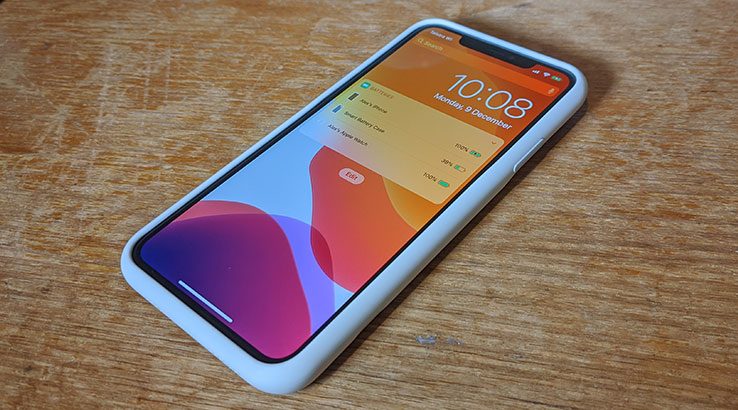