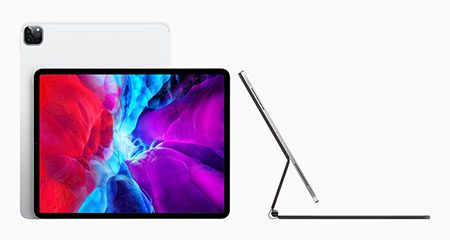 Apple unveiled a new iPad Pro overnight with an optional keyboard and trackpad, as well as a new MacBook Air model.

It's an unusual time to be launching any new technology product, but Apple's plans for a new iPad Pro weren't entirely a secret, and overnight it announced its next generation of iPad Pro tablets.

Only in Apple-speak, they're computers, and Apple isn't being shy about its intentions, announcing that the new iPad Pro is "faster and more powerful than most Windows PC laptops".

The new iPad Pro will ship with either 11-inch or 12.9-inch displays, and underneath either you'll find Apple's new A12Z Bionic Chip. It's an 8-core ARM chip designed by Apple, and if previous A-series chips are any benchmark, it's likely to be rather quick. Apple's claim is that it's capable of editing 4K video on the fly. As with previous generations, you'll be able to buy it in either a stock Wi-Fi only iteration, or as a Wi-Fi+LTE option. There's no 5G in the Apple world just yet, although the Wi-Fi capabilities on the new iPad Pro do cover Wi-Fi 6 for gigabit speeds over local networks.

Cameras on tablets are usually not that great, but Apple somewhat signalled what we might see on this year's iPhones, with the inclusion of a LIDAR camera alongside dual 12MP Wide and 10MP Ultra Wide cameras. Like similar optics on phones from the likes of Samsung or Oppo, Apple's LIDAR camera is used for depth sensing, with Apple pointing to its potential for AR-style applications on the iPad Pro's larger display screen, rather than the usual better bokeh effects you see on smartphones with this kind of technology.

The iPad Pro will work as a standalone tablet, but the other headline feature is Apple's new Magic Keyboard, which won't actually ship until May this year. The Magic Keyboard relies on the upcoming iPadOS 13.4, which will ship on 25 March, the same day the new iPad Pro goes on sale. The Magic Keyboard adds a trackpad to the iPad family and with it a range of gestures and mouse-like controls to the iPadOS experience.

While all this talk of Magic Keyboards might make you think that Apple is gearing up to drop its MacBook line of computers, that's not the case just yet – and it's certainly something that Apple has refuted in the past. 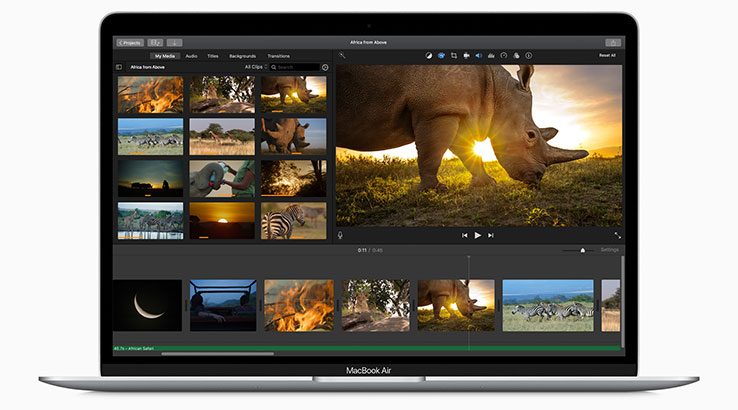 It also gets a "Magic Keyboard" – there's that word again – but in this case, it's essentially the same scissor-switch type keyboard already available on the 16-inch MacBook Pro. That does leave the 13-inch MacBook Pro as the only model Apple still sells with its older and generally less beloved butterfly switch keyboard.

Predictably there's also a specifications bump for the MacBook Air, with 10th generation Intel Core processors and a doubling of onboard storage on the base model to 256GB. You can configure the MacBook Air somewhat, although like all of Apple's laptops they're very fused models, so it's not possible to add or modify them after purchase.

Apple has two standard configurations on offer. The Core i3 model has pricing starting at $1,599, while the Core i5 model MacBook Air has pricing beginning at $1,999. Apple's retail stores are currently closed, but its website indicates the new models will ship to consumers from 27 March.