Quick Verdict: The addition of noise cancelling is the headline feature for the Pro version of Apple's AirPods, but they're also far more comfortable than the original AirPods.

Still, there's no doubting that Apple's mighty marketing machine has managed to make the design of the AirPods into something iconic, whether you're a follower of fashion or technology.

Apple may have mangled the correct grammar you have to use around discussing the AirPods Pro, but it's also produced an excellent and comfortable set of Bluetooth buds that are recommended if you can match their asking price. 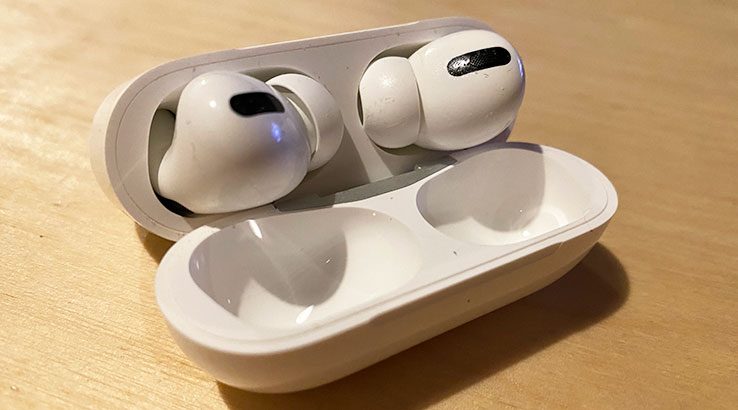 In some ways, Apple has taken the anti-Ford approach with its AirPods, because you can have them in any colour you like – as long as it's white. That hasn't changed with the AirPods Pro in any way, but there are some significant design changes that will catch your eye.

For a start, the charging case has changed. Gone is the tic-tac sized white case, replaced with a shorter, fatter charging case that holds each of the AirPods Pro in place. Pop that open, and you'll find that those iconic stalk microphones that very much told the world you were using AirPods have been effectively sliced in half. They're significantly more discrete, and for those with longer hair – not myself in any way, alas – it's actually feasible that you could more or less wear them invisibly in public.

Original model AirPods notably came in a "one-size-fits-all" arrangement that was generally comfortable for most users, but not quite all. Apple has borrowed a trick beloved by many earphone makers with the AirPods Pro, because they come with a range of silicone tips to improve the comfort and the fit of each AirPod Pro bud. Getting the right fit also makes a big difference to the noise isolation capabilities of the AirPods Pro in a way that just wouldn't be possible with the original AirPods design. 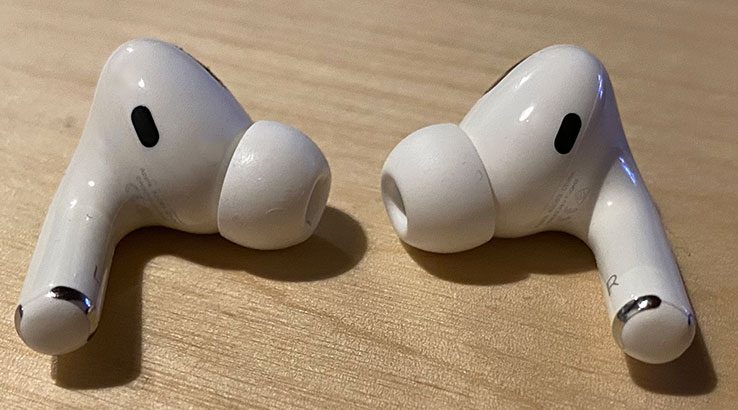 The key reason Apple has stuck the "Pro" label on the AirPods Pro, besides the desire to charge more for them, is because alongside the generally good sound of AirPods, they're the first to feature active noise cancellation as a feature. Again, Apple is not inventing a whole new category here.

Some of the AirPods Pro's – I told you that grammar was awful – noise blocking comes from the fact that you're sticking silicon tips into your ears backed by solid plastic, creating a layer of noise isolation. The AirPods Pro also use active noise cancellation with the external microphones analysing audio 200 times per second and creating a blocking wave within your ear to cancel it out.

For such small headphones, the level of noise reduction this creates is genuinely quite impressive. No, you're not suddenly sitting in a total echo-free chamber or anything, but I've successfully used them to block out most of a nearby TV program while listening to music of my own, or just to cut down on the noise of one of my neighbours who I'd swear is involved in a torrid affair with his leafblower.

The end result is audio that's distinctly richer than you'd get from the original and 2nd generation AirPods, with noticeably more striking bass on tracks that feature it. Cranking out some Enter Sandman gave it the proper gravitas Metallica's track deserves, and a live version of Hall & Oates' Sara Smile presented a much more complete soundstage even on a weaker recording of that track.

Actual pairing will depend on the Bluetooth device you're trying to connect to. For any iOS device it's almost instantaneous. Open up the case and you'll get an onscreen prompt letting you know they're pairing. For non-Apple gear, you'll have to press the button on the outside of the case and search for them under your Bluetooth settings.

I've tested pairing the AirPods Pro to a range of Android devices without particular issue, although of course, Apple would prefer it if you kept it all in the Apple family.

The AirPods Pro have fairly minimalistic controls, based around tapping both sides of either earpiece stalk. You can use either ear for activating Siri on an iOS device, or for changing between active noise cancelling and a pass-through audio mode that Apple refers to as "transparency" mode.

Transparency does make it much easier to hear the outside world by effectively flipping its noise cancelling on its head. It's certainly effective for listening intently to the world around you, but here I did hit one of the very few problems with the AirPods Pro. The action for hitting both sides doesn't always engage cleanly, leaving you squeezing at a tiny microphone stub in public and looking somewhat foolish. Frankly, I can do that without your help, Apple! 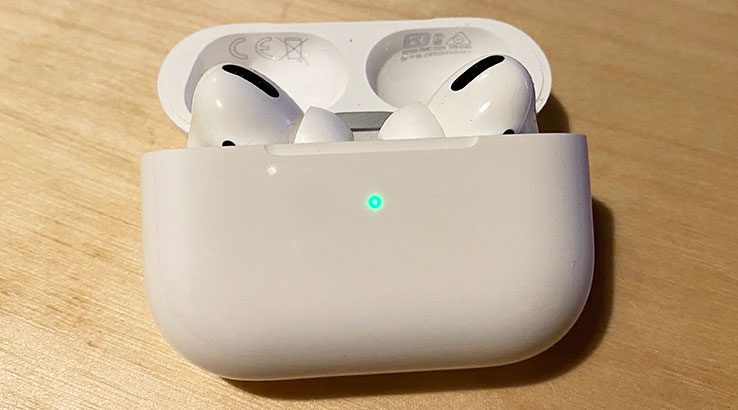 My own testing suggests that the four hour mark is more realistic for day to day use. As with the classic AirPods, the carrying case has its own battery for recharging the AirPods Pro, so just a few minutes of charge time can buy you a lot more listening joy.

For the classic AirPods, you've got the option between lightning-connected or Qi charging. You can buy the case standalone if you wanted to add Qi-charging to a set of first-generation AirPods but the AirPods Pro come with Qi as a standard alongside Lightning connectivity.

The one catch here is that Apple doesn't bundle in an actual wall charger with the AirPods Pro. Yes, I do get that the average buyer probably owns an iPhone that has a perfectly good charger as it is. Still, for $399, it feels a little cheap for Apple not to bung a charger in the box.

Like the classic AirPods, the AirPods Pro feature an entirely sealed design, which leaves it completely open as to overall battery endurance in terms of years, or indeed if there's anything you can do once the internal batteries do start failing. That's an issue endemic to all headphones of this type, but with the popularity of AirPods it's likely that more of these will sell than competing brands, making it more of a pressing environmental question. 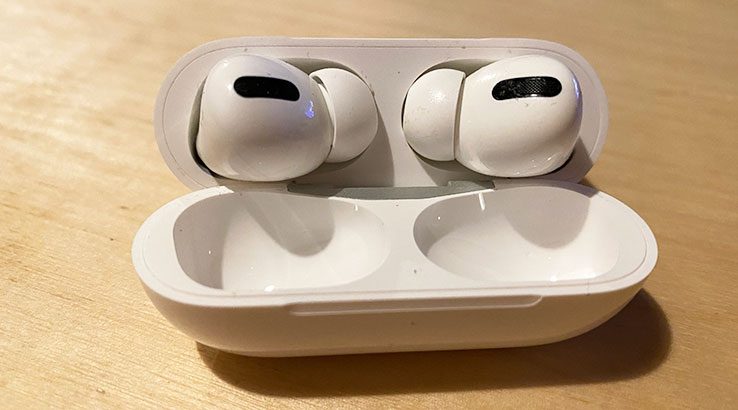 Are the AirPods Pro both a grammatical disaster and a better sounding pair of buds than the original AirPods?

Absolutely they are, but that's not quite the same thing as making them a must-buy prospect. If you're already rocking a pair of AirPods, the impetus to upgrade is relatively slender, and it would make far more sense to make the most of your existing AirPods anyway.

If you're in the market for wireless buds of this type, they're certainly worth considering, although there are plenty of other options, including some with active noise cancelling, that you could also consider.

If you're an Apple user looking to add earbuds to complete your Apple collection, then these are the best Apple wireless earbuds, hands down. We'd also recommend you take a look at the new AirPods 3 which somehow have better sound and battery than their Pro counterpart.

We also have a list of the best AirPods alternatives as well as a review of the latest Apple-made earbuds, the Beats Studio Buds.

And if you like the stemmed design but are after something cheaper, we have reviewed the JBL Live Pro+ TWS.