APAC: Millennials are the most misunderstood generation 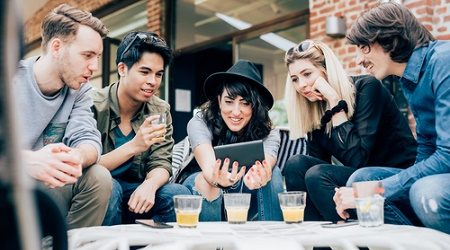 Millennials make up one-fourth of Asia Pacific's (APAC) workforce and are already influencing real estate markets across the region. While perceptions are often that this generation is disenfranchised, unstable and adverse to financial responsibility, a new study has found the opposite is true.

CBRE's Asia Pacific Millennials: Shaping The Future Of Real Estate report reveals millennials living in APAC are staying with their parents longer in order to better afford a home of their own, appreciate job stability and are uncompromising in their efforts to secure the financial means to live independently.

Almost two-thirds (64%) of the region's young adults are still living at home with their parents, compared with less than half (49%) globally. In Australia, one third (33%) of millennials live with their folks.

The fact that this practice is more prevalent in Asian nations is a result of cultural influences and the increasing cost of buying property.

While just one third (33%) of APAC millennials are planning to move out within the next two years, the proportion is much higher for Australians (46%) and Chinese (48%).

More than a quarter (27%) of Australians planned to move out within the next two to five years, while a very small percentage (4%) planned to stay longer than five years.

Aussie millenials were the least inclined to have no plans (6%) when it comes to moving out, compared with one quarter of Indians (25%) and one fifth of Hong Kongers (21%).

Despite conflicting perceptions, almost two thirds (65%) of APAC millennials plan to buy property in the future. This figure was slightly higher (69%) among Australians.

However, the current rate of home ownership among millennials in the region( 11%) is lower than the global average (15%).

This is true of Australia, where wages are growing more slowly than ever as a result of excess capacity, lower commodity prices and reduced pricing power.

Almost three quarters (74%) of Aussie millennials agree wages are not keeping up with property prices, while more than two thirds (68%) feel they're forced to rent because buying a property isn't affordable.

The majority of Australians are of the view that in order to buy a property they'll need to sacrifice their lifestyle (70%) and compromise on the area they wish to live (67%).

Millennials aren't the job-hopping generation they're made out to be. Two thirds (65%) of APAC millennials either wish to work for the same company or a small number of companies during their careers.

This younger generation are most influenced by salary, HR policies and benefits, collegial relationships, commuting times and office location.

Whether you're still living at home, renting or planning to leave, if you're looking to buy a property now or in the future, use our free Home Loan Finder to compare Aussie home loans from a range of providers.