ANZ CEO not threatened by the new digital banks 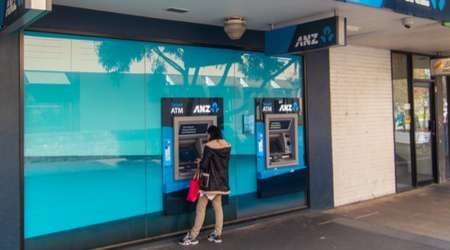 "There are bigger threats than somebody selling the same old stuff with a nice app," says ANZ boss Shayne Elliott.

In a surprisingly candid fireside chat with ANZ CEO Shayne Elliott at Melbourne's Intersekt on Wednesday, the bank boss waved off concerns that some of the newer fintechs were a threat to the big banks.

Elliott said the bank was in no way downplaying what local fintechs have achieved, but said that some of the new products to launch in the market aren't necessarily disrupting the current banking model.

"A lot of the fintech out there is the same old stuff with a nice interface. There's nothing particularly innovative about the product, it's just got a better interface or a nice fancy app. The service proposition, so the actual fundamental product, is identical," said Elliott.

Over the past 12 months, we've seen a string of new challenger banks launch in Australia, including Up bank, Xinja, 86 400 and Volt Bank. Up and 86 400 both have transaction accounts with linked savings accounts in the market, and Xinja has recently launched its own transaction account too. Volt will launch a savings product next month.

These digital banks offer modern apps with some new features around payments, spending insights and categorisation.

Up bank has some unique partnerships which differ to what you can get with the big banks. For example, users can link their Afterpay account to their Up app and have complete visibility around their repayments and the dates the money is due. Up also this week announced a partnership with TransferWise to offer customers international money transfers using the real exchange rate.

Fellow digital bank 86 400 enables users to link their existing bank account to their new 86 400 account, to see all their transaction data from multiple banks within the one banking app.

However, at this stage the underlying product they're all offering, the deposit products, do ultimately have the same function as a traditional bank account. When pressed with the example of the iPhone, and people saying it was just a fancier version of the current phone before it completely took over the market, Elliott said he didn't think this would be the case for the digital banks.

"With respect to Apple, it's the example for everything today. But with respect, I don't think modelling yourself on the iPhone and what Apple did is a fair comparison. Apple didn't start with nothing," said Elliott.

"Of course we worry about it. We worry about anything that could take a customer away. I'm not dismissing it, but I think there are bigger threats than somebody selling the same old stuff with a nice app."

On the other side of the equation, the new digital banks haven't been shy about the fact the Big Four are their main targets. Speaking on another panel at the event in Melbourne, both Up and Xinja agreed they weren't competing with each other, and were after the Big Four.

Co-founder of Up bank Dom Pym said of the bank's already 130,000 customers that most were coming from the big banks.

"Our customers are all coming from the Big Four, ING and Macquarie. That's because they're the current incumbents and they've got the best apps. Bendigo, Macquarie, ING and CommBank would be the four best mobile apps in Australia. So all the customers we've been winning at Up have been coming from them," said Pym.

"Currently 85% of the market is covered by the Big Four banks...so that's who we're competing with. We're not really competing with each other. The market is really big and there's an opportunity for us collectively to have an impact," said Pym.

Co-founder and Chief Marketing Officer at Xinja Camilla Cooke agreed the new neobanks can take on the Big Four collectively, rather than competing with each other.

"I would say the Big Four are our competitors. There's room for multiple banks, and that's ultimately our game. There's been an oligopoly. What we want to see is more and more banks coming to create that competition. The more neobanks there are...the more that will actually have an impact on the Big Four," said Cooke.

CEO of 86 400 Robert Bell has said from the day the neobank was first announced in June last year it was planning to take on the Big Four. "We're not interested in building a small bank. We're building a real alternative to the Big Four," said Bell.