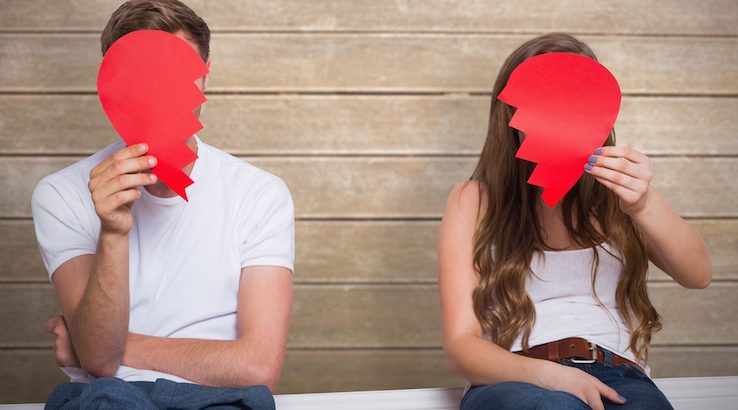 ANZ customers will no longer be able to use dual American Express and Visa credit cards.

It’s time to say farewell to ANZ dual Visa and American Express credit cards and all of their points-earning power. This is because, as of today 1 March 2017, American Express and ANZ have ceased their business relationship. As a result, we'll see significant changes across all seven of the ANZ Rewards, Adventures and Frequent Flyer credit cards. While existing cardholders can still take advantage of their dual cards and the existing points earn rates until 5 August 2017, the product changes will be effective for new cardholders from today onwards.

The ANZ and American Express split has a number of trickle down effects. First, cardholders will no longer be able to access dual American Express and Visa credit cards. As Visa is accepted almost everywhere in Australia and around the world, the main disadvantage the split is that cardholders can no longer boost their points balance with the higher rates that came with spending with an AMEX card. It also means a change to bonus points offers and how cardholders can earn points per dollar spent.

Across the three Rewards cards, you’ll see the bonus points offers of 25k on the Rewards card, 50k on the Rewards Platinum and 75k on the Rewards Black replaced with $250 Westfield Gift Card that can be redeemed when you spend $2,500 in the first 60 days from approval. It probably goes without saying that the gift card doesn’t always hold the same value as the potential of the bonus points. For example, 75,000 bonus points could get you 37,500 Velocity Points or an Economy flight from Sydney to Singapore with points to spare. While costs vary, a flight from Sydney to Singapore in March can cost between $419.52 and $750. So in this case you’re definitely losing out on points value with the replacement $250 gift card.

Cardholders are also required to spend $2,500 within the first 60 days to redeem the gift card. Whereas the bonus points offer was activated when cardholders made their first eligible purchases, which offers more benefit if you’re trying to stick to a budget and don’t have $2,500 worth of purchases to make in the first 60 days.

While ANZ’s Frequent Flyer credit cards will maintain their bonus Qantas Points offers, how many points you’ll earn per $1 spent will change across all seven cards. For example, the ANZ Frequent Flyer Platinum card will offer 1 Qantas Point per $1 spent on eligible purchases rather than 0.75 points per dollar spent with their Visa. Similarly, the ANZ Rewards Travel card will offer 1.5 Reward Points per $1 rather than 1 point per dollar when spending with Visa.

See the table below to compare exactly how the bonus points offers and earn rates will change across the seven ANZ credit cards following the split from American Express.

While all of the cards are losing the ability to earn points on American Express purchases, the earn rates have increased across the Visa cards. Visa cards generally have wider accessibility than American Express, which is a definite perk for many cardholders who are chasing points.

However, one downfall across the ANZ Rewards card range is the points cap after crossing the spend threshold each statement period. For example, the ANZ Rewards Black card offers 2 Reward Points per $1 spent on eligible purchases up to $5,000 per statement period, after which you’ll earn 1 Reward Point per $1. While the points cap is waived until 5 August 2017 for all three cards, this could potentially limit your points earning potential if you regularly spend more than the threshold in a statement period.

The decision for ANZ and American Express to split wasn't entirely mutual and appears to be a result of preparing for the interchange regulations that are coming into effect as of 1 July 2017. Previously, the perk of offering AMEX companion cards was that they weren't restricted by the interchange fees between the merchant's bank and the card issuer. As companion cards didn't have limits on interchange fees, this meant the banks could offer more points per dollar than with a Visa or MasterCard. However, the new interchange regulations will apply to American Express and companion cards as of 1 July, meaning that banks won't be able to afford the higher points. While ANZ is the first cab off the rank, this could be a trend that we see with remaining dual American Express cards on the market in light of the regulation changes.

"While we have had a very successful partnership with ANZ, we understand the decision in the context, and as a consequence of, the current regulatory environment. People can continue to enjoy American Express service and rewards programs through taking up a credit card with us directly or with one of our other bank partners," said a spokesperson from American Express.

Whether or not the end of the ANZ and American Express partnership is positive or negative will depend on how you use your credit card. While the changes won't impact existing cardholders until August, it's important for both new and current cardholders to familiarise themselves with the changes to ensure the card still meets their financial and rewards needs. Otherwise, if the loss of the American Express component outweighs the benefits, you can start comparing other rewards and frequent flyer credit cards to find the right one for you.