Andreessen Horowitz plans to keep buying crypto regardless of price 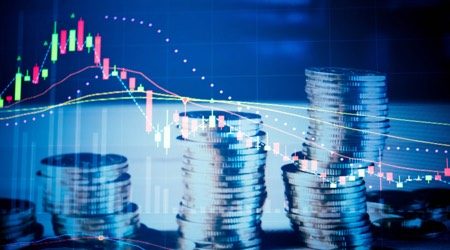 Like many, Andreessen Horowitz got its start buying bitcoin on Coinbase. Unlike most, it never sold.

Like many other crypto speculators, Andreessen Horowitz VC fund made its first crypto purchase on Coinbase. Unlike most, it made it back in 2013 and has yet to sell any of its crypto earnings.

"We've experienced ups and downs in the cryptocurrency market and expect there will be many more," Chris Dixon, general partner at Andreessen Horowitz said to CNBC. "There’s potential in the technology, and some of the downturns can be the best investments."

He made the comments while introducing Andreessen Howowitz's new $300 million "all weather" cryptocurrency fund, aimed at making steady ongoing investments whether the prices are up or down. The fund is expected to run the gamut of crypto buys, from upcoming ICOs to well-established big names like bitcoin and Ether.

Even with the recent price drops signalling a "bitcoin winter", he said the fund will keep investing aggressively in the space.

Like many traders, Andreessen Horowitz sees the volatility as a golden opportunity.

"There are wild fluctuations in the price, and we see that as an opportunity," Dixon said. "We've been unphased and investing consistently over time."

Dixon also compared the current state of cryptocurrency to 2009 and 2010 when smartphone apps were all the rage and pegged it as a similarly "great time to invest."

"We believe we are still early in the crypto movement," he said.

Former US federal prosecutor Katie Haun is heading up the new fund. She said Andreessen Horowitz is hoping to see cryptocurrency move beyond its current wild speculative phase and start solving real-world problems.

"We want to see crypto move on beyond speculation phase and see it solve eventually billions of real-world problems,” she said. “We may be investing in things that haven't been invented yet."

Haun is the first woman to join Andreessen Horowitz's list of general partners and has a lot of experience in cryptocurrency from her days in the Justice Department where she helped launch its first task force for cryptocurrency.

In an appropriate twist, the Silk Road bitcoin seized by the Justice Department was auctioned off to early VC firms moving into the crypto space, and later appreciated into enormous sources of funding for some of Andreessen Horowitz's current competitors.