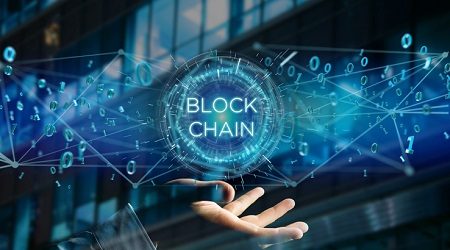 "This is what we think people are trying to do with blockchain."

Amazon Managed Blockchain is a fully managed blockchain, if that's not too much of a self-contradiction.

It says it lets anyone set up and manage a scalable blockchain network "with just a few clicks", based on Hyperledger Fabric and Ethereum – although for now only the Hyperledger-based option is available.

It lets the network owners then control the permissions, manage certificates and easily invite new members to the network. It also feeds an "immutable" copy of your blockchain network's activity to the other new solution: Amazon Quantum Ledger Database.

The launch comes after a previous Ethereum-based blockchain solution, Kaleido, was also launched in partnership with Amazon Web Services, and it's not immediately clear where QLDB and Kaleido fit next to each other.

Observers have responded to the announcement with cynicism, suggesting that it's just AWS cashing in on the word "blockchain" to sell a solution.

"I'm pretty sure this is what most people actually want when they say they want a blockchain, they just don't know it yet," says ajkjk (probably a pseudonym).

"We spent time working with customers and figuring out the jobs they were really trying to solve, this is what we think people are trying to do with blockchain," AWS CEO Andy Jassy explained. "This service is going to make it much easier for you to use the two most popular blockchain frameworks."

It sounds a bit like AWS isn't entirely sure why people keep asking for blockchains, but dang if it's not going to satisfy its customers by giving them a "blockchain".

On the whole, the new products highlight some of the grey areas in the actual definition of "blockchain", and slide into part of a broader industry debate around whether or not permissioned and centrally-owned blockchains such as these will serve a purpose in the long run.