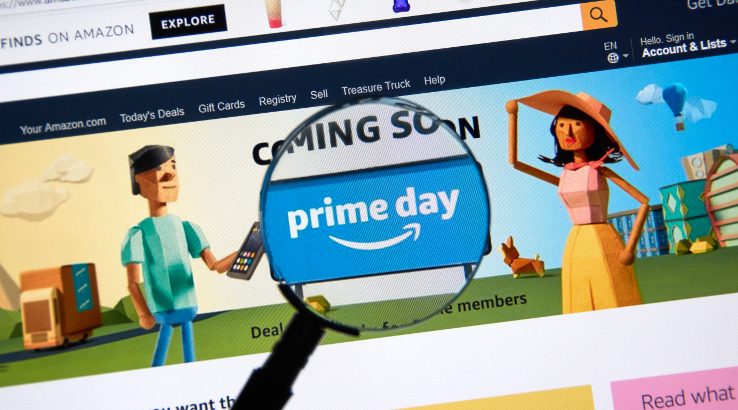 The deals may have been decent, but Amazon's first Prime Day Down Under paled in comparison to those in the US, the UK and Canada.

Australia's first Amazon Prime Day has come and gone, no doubt leaving many a wallet noticeably lighter in the process. The much-anticipated sales event wasn't all smiles and savings, however, with some Aussies taking to social media to vent their disappointment over the limited number of deals on offer.

Of course, backlash on social media is a common response to everything these days, and it doesn’t always reflect the reality of the situation. That's why we've turned to cold, hard data to assess how Amazon's first big sales event Down Under stacked up against Prime Days in other parts of the world.

Over the 36 hours of Prime Day here in Australia as well as in the US, Canada and the UK, we kept tabs on the number of active and upcoming deals available at any given time through each region's Amazon storefront. Using this data, we compared each region across four key metrics: the maximum number of total deals, the maximum number of live deals, the median total deals and the median live deals.

Please note: Our analysis is based on snapshots of the number of active and upcoming deals at various points throughout the Amazon Prime Day sales. We did not include expired or fully-claimed deals in our figures, since these do not reflect value to shoppers at that point in time and can misrepresent the scope of a sale when only very limited stock is available.

As you can see in the charts below, this comparison lends some weight to the complaints of disappointed Aussie shoppers. Where Prime Day Down Under had around 200 deals live at any one time, American bargain hunters enjoyed access to more than ten times that. Shoppers in the UK and Canada were also privy to a significantly larger range of active deals, with around seven to eight times the number of products up for grabs at any point throughout the event.

Unlike a traditional sale, Amazon Prime Day trades heavily on the promise of its upcoming deals. With new offers going live every five minutes, factoring in impending offers as well as those already available is necessary for a thorough analysis of what each Prime Day had to offer. Sadly, Australia fares no better here. Typical deal count sat at 340 live and prospective offers, a paltry figure compared to the nearly 2800 boasted by the US. The UK presented an even more compelling spread with a median of nearly 2900 total deals, while Canada hit a respectable 1800.

Volume is only part of the story, however. Sure, the Australian sale was lacking in scale, but how did it fare with the savings themselves? Once again, we crunched the numbers to determine the maximum and median discounts offered during Prime Day across our four observed regions:

We see a far better result for Australia here, with discounts spanning a similar spectrum to those offered through Amazon US, Amazon UK and Amazon Canada. In fact, Aussie shoppers enjoyed a higher typical discounts than folks overseas, though this is due largely to the greater number of 20% and under deals offered in other regions dragging down median calculations.

While the figures above don't paint the prettiest picture of Australia's inaugural Amazon Prime Day, it's worth placing them in context before writing the sale off as a flop. First and foremost, keep in mind that Australia only has a fraction of the population of the US, and many millions less than the UK and Canada. Yes, Americans might have had access to roughly ten times the number of deals, but those deals were targeting a population more than ten times the size of ours. The UK boasts nearly three times the number of people as Australia, and while this doesn't entirely offset its wider variety of Prime Day deals, it does temper the perceived advantage enjoyed by our friends across the pond.

Ultimately, however, the main reason Amazon Prime Day didn't hit with as much impact Down Under as it did around the globe is time. Amazon is still in the process of establishing itself here in Australia, and local businesses have yet to take the "if you can't beat them, join them" approach en masse as have those in countries where Amazon is old news. It might not be much comfort to Aussie bargain hunters who expected Prime Day to be a retail revolution, but it does provide hope that Prime Day 2019 will be a bigger and better event that lives up to its reputation.

Did Prime Day justify the cost of a Prime subscription?

Whether or not Prime Day sold you on the idea of subscribing to Amazon Prime depends largely on what kinds of deals you were hoping for. There was no shortage of true-blue bargains to snap up throughout the event, but the limited range of deals here in Australia meant many product categories were under-represented. Aussies looking for a cheap TV, for instance, were simply out of luck.

That said, Prime Day is hardly the only benefit of an Amazon Prime subscription. Not only does Amazon roll out Prime-exclusive deals all year round, subscribers get a whole range of other perks like free expedited domestic shipping on eligible items, free international shipping from Amazon US for orders over $49, access to movies and TV shows through Amazon Prime Video and a complimentary Twitch Prime subscription that comes with free games every month. It's a solid package, and you can find out more about it in our guide to Amazon Prime or try the service for yourself by taking advantage of the free 30-day trial below:

The Walking Dead Season 10 Part B: When is the zombie hit coming back?

The Walking Dead is coming back to finish out…

10 teams are ready to face off in the seventh…

How to watch the 2020 AFL Marsh Community Series live