Quick verdict: The Amazon Fire TV Stick updates the company's Fire TV Stick 4K with a faster processor and support for better Wi-Fi standards. However, it falls just a little short of the experience you can get with the superior Google Chromecast with Google TV if you're after a low-cost smart TV streaming stick. 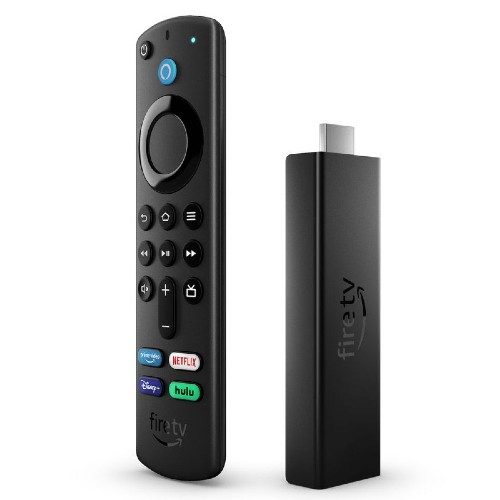 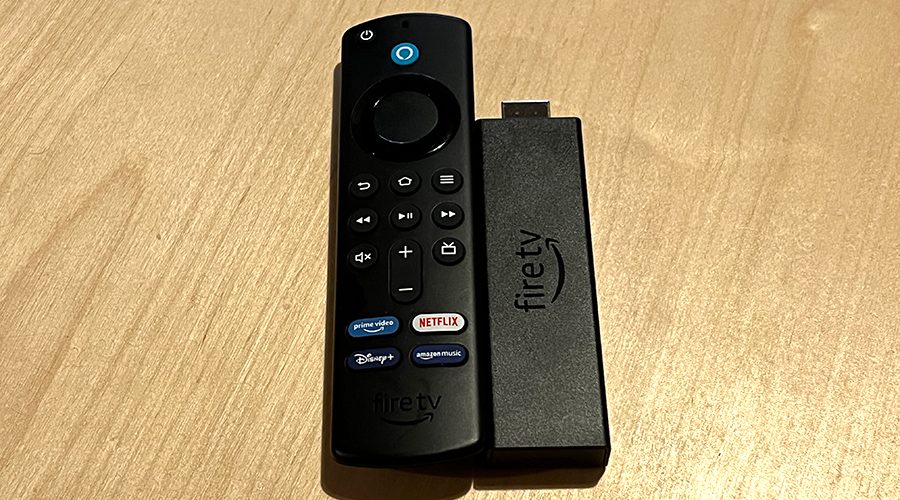 Presumably when Amazon's marketing department was coming up with the name for its latest Fire TV streaming dongle, it was also being overcome with a wave of 80s nostalgia, the last reasonable time that you'd be taking anything to the Max with a straight face.

OK, that's a little unfair, given that companies like Apple also use the "Max" suffix these days, but it typically does designate a product that goes over and above the expected norms for any gadget. While there are understandable upgrades over the now superseded Amazon Fire TV Stick 4K, there's not a lot that really redefines what the Amazon Fire TV Stick 4K Max does. It's better, certainly, but only in the expected ways that you'd find as technology improves.

Design: Stick it behind the TV, nobody will notice 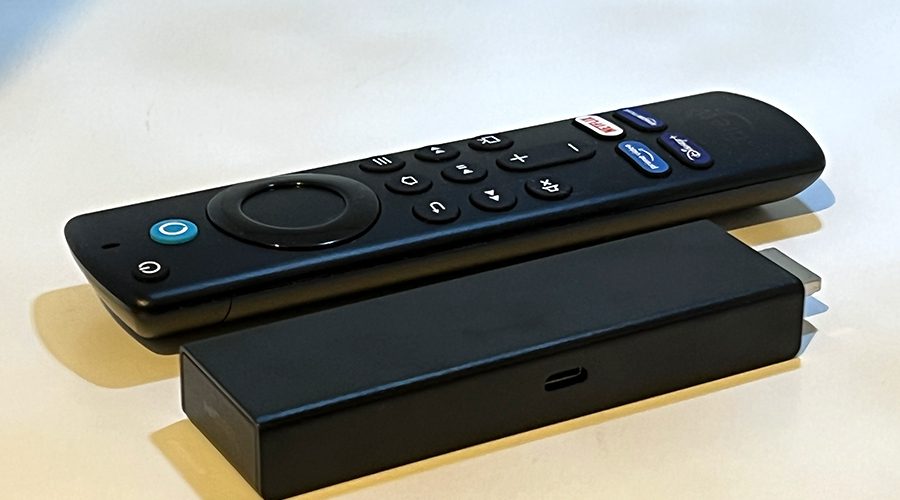 Amazon seems to spend as little as possible on its Fire TV stick designs, grabbing a standard black shell casing, dropping an Amazon smile logo on the side and including an HDMI extension cable and micro USB cable and charger in the box and calling it a day. That's what it did for the earlier Amazon Fire TV Stick 4K, and it's exactly what it's done with the Fire TV Stick 4K Max too.

Indeed, put the 2 devices side by side and you would 100% struggle to work out which was which without plugging them in. The black understated design works well enough if you're hiding them around the back of your TV, but less so if your TV's HDMI ports mean that you're going to have a rectangular stick poking out the side of your panel.

The Fire TV Stick 4K Max remote remains unchanged from the model that shipped with the slightly older Fire TV Stick 4K. It's a larger device, which is quite welcome if your offspring are good at leaving smaller remotes to slip between the sofa cushions with friendly, if somewhat soft rubber buttons. It includes a bright blue Amazon Alexa assistant button at the top and 4 direct access buttons for specific services at the bottom.

Sure, it's bundled in a reduced form with Amazon Prime in Australia so it'll work, but it totally feels like a missed opportunity to not have a dedicated Stan, or maybe ABC iView button right there. Even Paramount Plus would be better, or ideally, the opportunity to remap those controls to the specific apps you like the most. Maybe that's asking too much for a $99 streaming stick, but if you don't ask, you don't get. 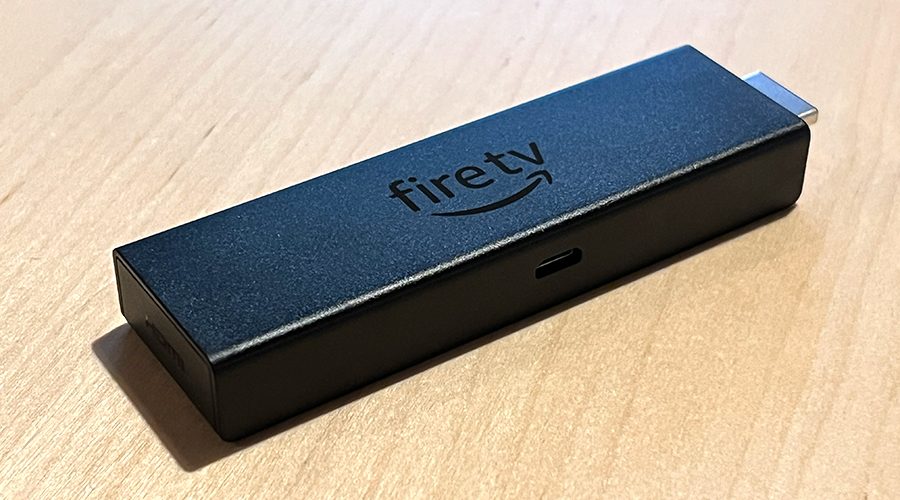 What makes the Fire TV Stick 4K Max the "Max", rather than the earlier 4K model? Like your mother used to tell you, it's what's inside that counts. She probably wasn't thinking about TV streaming dongles to speak of, but she's your mother, and she's right, at least in this case.

Amazon has upped the internal specifications to allow for a handful of new features, although how useful these will be to most users depends on your home theatre and Wi-Fi set-ups respectively.

The new Fire TV Stick 4K Max supports Wi-Fi 6, which means theoretically better throughput rates for smoother 4K even if your TV and Fire TV Stick 4K Max are a decent distance from your router. It will still work perfectly well on an older Wi-Fi router, before you worry. It's just nicely future-proofed in a way that's largely going to be impossible to properly measure because issues like buffering and automatic quality rely on more than just Wi-Fi throughput rates.

The Amazon Fire TV interface does give a heavy bias to Amazon Prime Video services, both those included with a Prime subscription and the content you can pay to rent or own on an ad-hoc basis.

Annoyingly, within the Amazon Prime app on the Fire TV Stick 4K Max there's a clear distinction between Prime subscription content under a "Free to me" banner and the stuff you have to pay extra for. But within the main carousel, it's all mixed in so you're never going to know if you have to crank up your credit card or not for a specific piece of content.

What you do get is access to services, such as: Netflix, Disney Plus, Stan, UFC, Twitch, WWE Network, Hayu, NJPW World, MLB, NBA, NFL Gamepass, Funimation, Optus Sport, NHK World-Japan, Crunchyroll and a few more besides.

For Australian users, the most prominent "missing" part of the streaming puzzle is the lack of access to Foxtel streaming services; not just Foxtel Now but also BINGE, Kayo Sports or Flash. It's such a problem in fact that the identically named Binge app on the Amazon Fire TV Stick Max has a specific disclaimer for Australian audiences pointing out that it's not the Foxtel drama streaming service!

Google Play Movies is also notably absent, not surprising as it has a competitor device, but Apple TV support is offered so you can get your Ted Lasso fix in.

Amazon's Alexa assistant is also baked into the Fire TV Stick 4K Max experience, with a dedicated button on the remote that lets you use voice search for content.

On the plus side, Alexa has come a long way in terms of understanding broader Australian accents, so even when I deliberately laid on the Strine to a degree that'd make Mick Dundee blush, Alexa had few issues understanding what I meant. 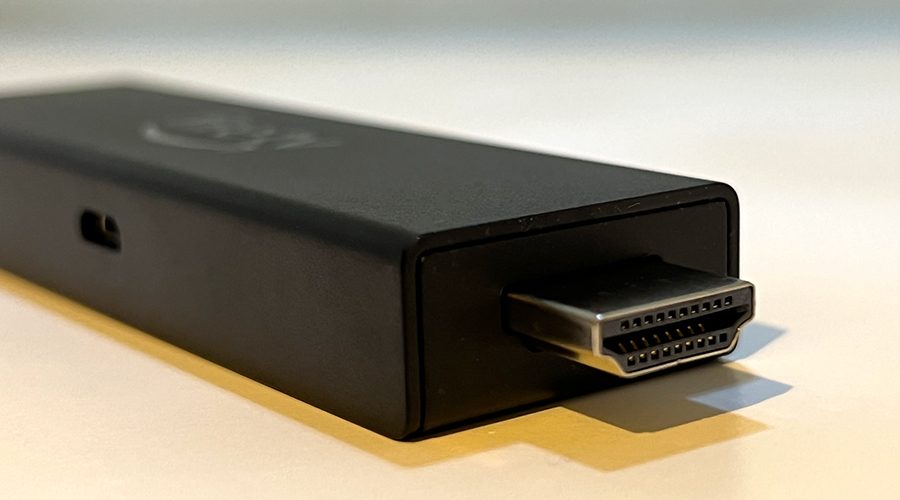 Understanding what I mean and giving me what I want are 2 different things, though. Searching for content would sometimes find exactly what I'd want, and sometimes launch something else entirely.

With more generic searches, you do get results but without context, so you'll need to click through titles to find out if it's content on your existing subscription services or if you'll have to pay extra to watch it. Again, not surprisingly, content that Amazon can sell or rent you is given priority, although it doesn't ignore movies or TV shows on rival supported services where they exist.

Ultimately while the Fire TV Stick 4K Max offers a slightly upgraded, slightly faster take on what the Fire TV Stick 4K already offered, it has the same exact challenges as that device when you compare it to Google's identically priced Google Chromecast with Google TV. Not only in the sense of supported services but also in the ability to easily cast content from Android devices and Chrome browsers. The Fire TV Stick 4K Max doesn't support that, making it a less compelling prospect.

Should you buy the Amazon Fire TV Stick 4K Max? 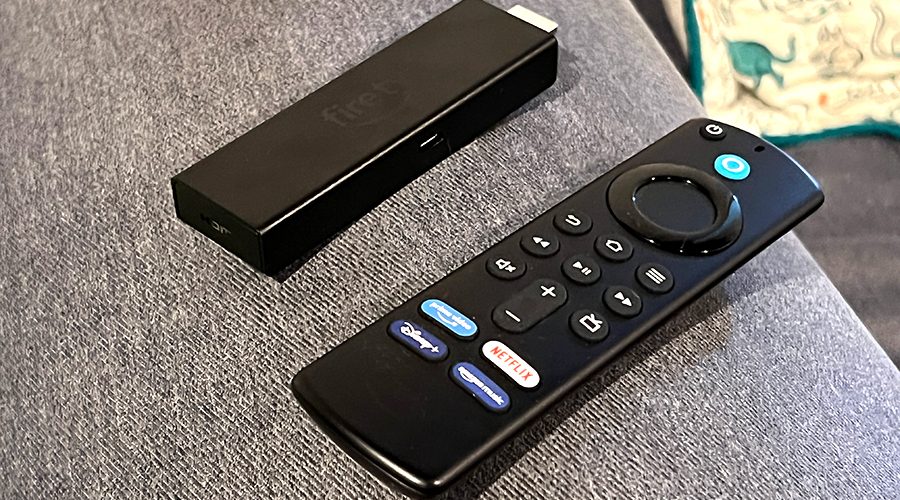 If like many you've got Amazon Prime Video because you're an Amazon Prime subscriber, the Fire TV Stick 4K Max might seem like the ideal companion device. It's relatively low cost and integrates nicely with other Alexa-powered devices like Ring Doorbells. The experience is quite slick for the most part.

However, it's not the best device in its category unless that Alexa integration is a key part of your smart home experience. Google's Chromecast with Google TV is rather long in the tooth right now, but it's a more flexible device that covers the streaming essentials (outside Amazon Prime Video, no surprise) at the same price point.