Quick Verdict: Amazon’s mid-range Fire TV stick covers the basics in a much more appealing way than the Lite stick, although you’re probably better off plumping for the upgraded 4K model instead. 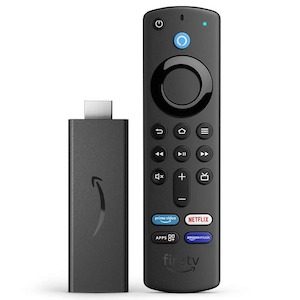 Amazon's entries into the smart TV space in Australia have, to date, been terribly underwhelming. All we got were variants on what Amazon calls the "Fire TV Stick Lite" or "Fire TV Stick Basic", cut-down and low cost smart TV systems that primarily worked best at selling Amazon Prime Video but not much else.

It was notably galling that Amazon sold much better Fire TV units elsewhere in the world but not in Australia… until now.

Which is great, but if you want to make the most out of the platform, there's a strong argument that you'd be better off with the Amazon Fire TV Stick 4K, which isn't that much more expensive again.

Verified 5 days ago Expires 30 Jun 2022
Get deal
Valid for a limited time only at Amazon. Hurry while stocks last. T&Cs apply. 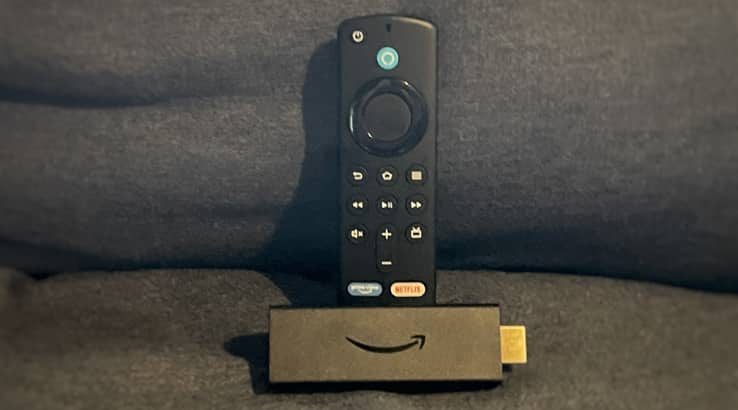 While competitors such as Apple with the Apple TV or NVIDIA with its Shield TV spend plenty of money on design and features, Amazon spends very little time or money on making the physical hardware of the Amazon Fire TV Stick 2021 look particularly fancy.

It really is a stick, wrapped in a simple black plastic enclosure with that slightly creepy Amazon smile printed on the side of it. Power comes via microUSB and a supplied power brick, and you get an HDMI extender if it's going to be tricky to get it to slot in place behind your TV. This is all absolutely standard for Amazon's Fire TV Sticks to date.

What has been upgraded here is the remote control. It's still a somewhat light and cheap feeling device, but one that's packed with a lot more in the way of controls. At the bottom of the remote you'll find dedicated buttons for Amazon Prime Video, Amazon Music, Netflix and Disney+, below TV controls and the main user interface controls.

The big change here is that the Amazon Fire TV Stick 2021 will work with compatible TV models for full control, so you can use just this one remote to turn both the Amazon Fire TV Stick 2021 and your TV on or off, control volume and so on. It's not a huge revelatory step in remote controls to speak of, but it sure is nice when you're kicking back on the sofa not to have to find any additional remote controls. 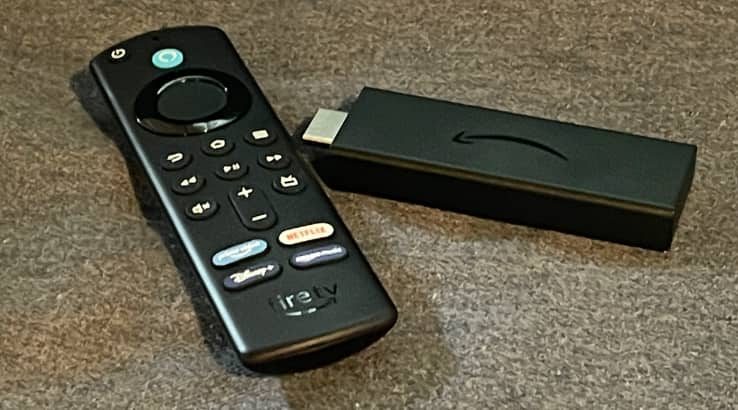 While Amazon's own Amazon Prime Video and Amazon Music apps are pre-installed, anything else you want to add will need to be downloaded and signed into before it will start working. Most of the big players in the Australian market are present, including Netflix, Disney+, Stan, ABC iView, SBS On Demand, 7+, 9Now and 10Play, amongst others.

As with the Amazon Fire TV Stick Lite, which Amazon is still selling locally, you also get access to Apple TV+ if you're a subscriber. While Apple has worked to bring its subscription platform to a number of devices including gaming consoles and select smart TVs, this is still one of the most affordable ways to access its service without buying an Apple TV 4K set top box.

What you don't get that would have high relevance for the Australian market is direct access to Foxtel programming via its Foxtel Now, Binge or Kayo apps. There are some slightly iffy ways to access them via side loading if you're particularly keen, but that's more loophole than direct access, which would be preferable in an ongoing access way. Foxtel could potentially block those avenues in the future, so this isn't a platform to invest in if Foxtel's programming is important to you.

The obvious competitor product – and this is true for the 4K variant too – is Google's new Chromecast with Google TV, and that's especially true given the use of voice assistants on both platforms. Naturally enough, the Amazon Fire TV Stick 2021 uses Alexa, and it's built into the remote control itself. Where the Chromecast with Google TV scores over the Amazon device is in the inclusion of Google Play Movies – no big shock – and Chromecasting ability from compatible devices. If there's one feature that I wish Amazon would build into the Amazon Fire TV Stick family, it's some kind of device broadcasting feature. The closest you get is the inbuilt browser, but that's a clumsy method that really only works for straight web-based content anyway.

Should you buy the Amazon Fire TV Stick 2021?

That being said, it's not Amazon's best Fire TV stick, and the price difference between the Amazon Fire TV Stick 2021 and the Amazon Fire TV Stick 4K is only $20, or just a little more than a month's subscription to many streaming services. While you may not have a 4K TV right now, the odds are that your next TV may well have to be 4K capable, as 1080p screens are becoming a rarity in retail now. It might make more sense to spend up just a tiny bit for that function even if you won't use it straight away.

It's also worth considering whether the Google Chromecast with Google TV would meet your needs better, especially if you cast a lot of video or use services like Google Photos. The Amazon Fire TV Stick 2021 is a tad cheaper, but not by much.

Verified 5 days ago Expires 30 Jun 2022
Get deal
Valid for a limited time only at Amazon. Hurry while stocks last. T&Cs apply.