Quick verdict: The Echo Studio is Amazon’s best-sounding smart speaker, but its most impressive features aren’t available in Australia.

Amazon's Echo Studio launched in Australia last year, bringing bigger and better sound to the Echo line of speakers. But while the Echo Studio boasts impressive sound, Australian customers can't access the best of what the speaker has to offer. The Amazon website boasts that it's "the first smart speaker with Dolby Atmos", but access requires the recent version of the Amazon Fire TV Stick, which isn't available in Australia.

Ultimately, this leaves Australian consumers with a version of the Echo Studio that's missing key functionality. 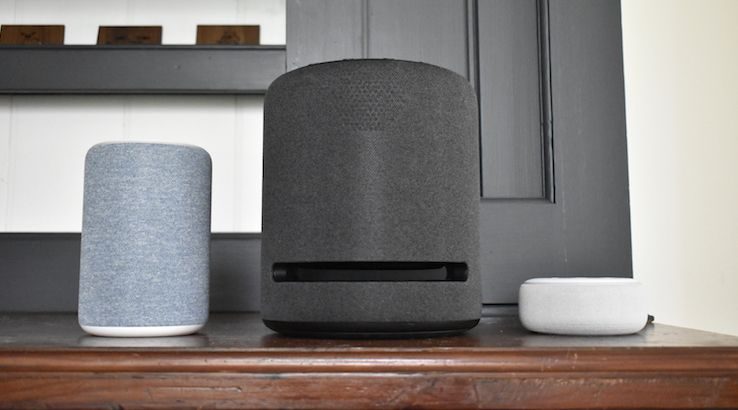 The Echo Studio looks more like the Echo Sub than any other Echo device. It has the same fabric design as the Echo, but it's taller, thicker and much heavier.

While most other Echo devices come in a few different colours, Amazon has gone darker with the Echo Studio design and it only comes in one colour: charcoal. 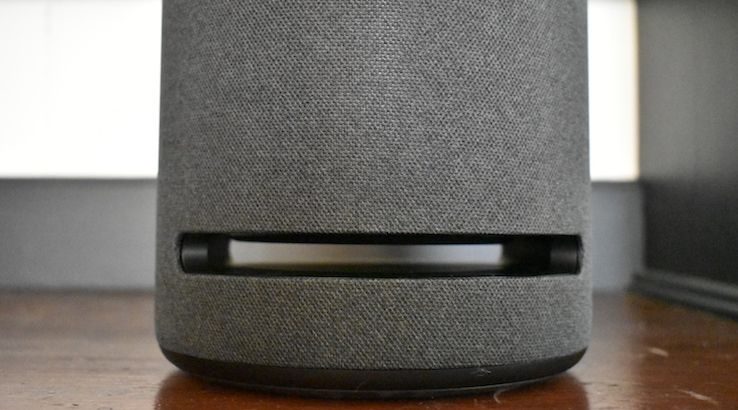 It has five directional speakers and a horizontal slot at the base that looks like a CD slot, which helps increase the bass output at high volumes.

The top of the device looks like the Echo and Echo dot, with buttons to adjust the volume, wake up Alexa and mute the microphone. It also has the familiar echo light-up ring that turns blue when Alexa is activated and orange when the microphone is muted. 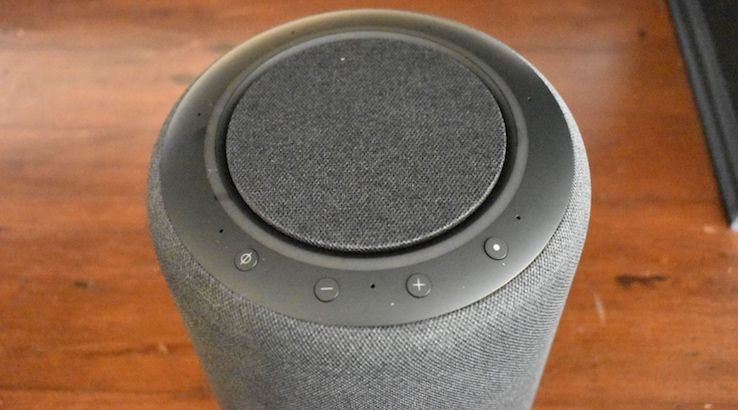 The back of the studio has a Micro USB port, a 3.5mm audio port, an optical audio port and the power connection.

Amazon recommends that the Studio should have at least six inches of space on all sides for the best listening experience. You'll have to find a suitable space and can't necessarily put it where you've put past Echo devices. This combined with the fact that it's decently heavy means that once you've set it up, you probably won't want to move it around too often. 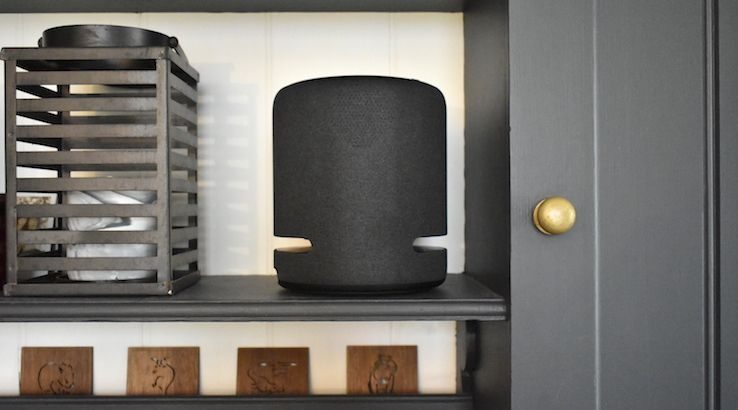 When you set up the device, Alexa greets you the same way she does with every other Echo device. However, unlike any other Echo, when you turn on the Echo Studio, Alexa informs you that the speaker is assessing the acoustics of the room to calibrate the speaker. The process is automatic (you can't opt-out) and extremely fast.

The next time you turn on the speaker, you won't have to go through the same process, unless you move it to a new location. Since the whole process takes less than a minute, it's not a hassle.

The larger size holds more speaker power than any other Echo smart speaker. Once you've set up the Echo studio and it has automatically calibrated, you can enjoy relatively immersive sound thanks to the five internal speakers. 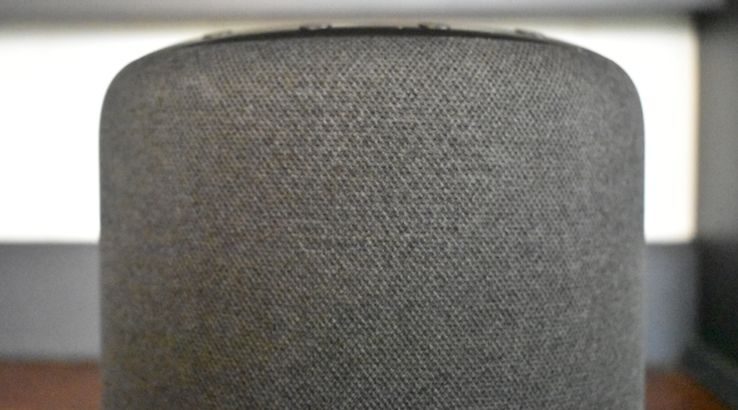 The Studio has three midrange speakers, a front-facing tweeter and a woofer, offering almost 360 degrees of audio. It has powerful bass, thanks in part to the cutouts on the base, making it a great party speaker.

One of the biggest selling points for the Echo Studio is the ability to pair it with your TV for a cinematic home theatre experience with Dolby Atmos surround sound. However, I wasn't able to test this as Australian customers can't access this feature because it requires the most recent Amazon Fire TV Stick, which isn't available in Australia.

Another selling point for the Studio is access to Amazon Music HD, which also isn't available in Australia.

This means Australians are only getting a fraction of the full functionality of the Echo Studio, but paying the full cost. 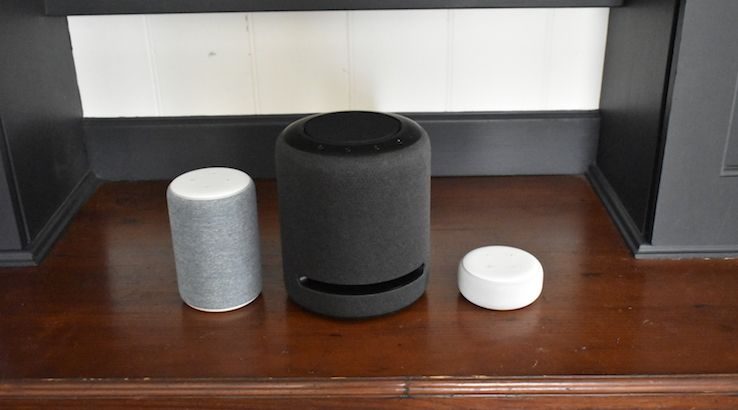 The Echo Studio offers all of the smart home capabilities we've come to expect from Echo products, including all of the regular Alexa skills.

Alexa can answer questions, set reminders, control other smart home products and play music from Amazon Music, Spotify, Apple Music, iHeartRadio and TuneIn. If you have more than one Alexa device, you can also use the Studio as an intercom to talk to your family members in other rooms. 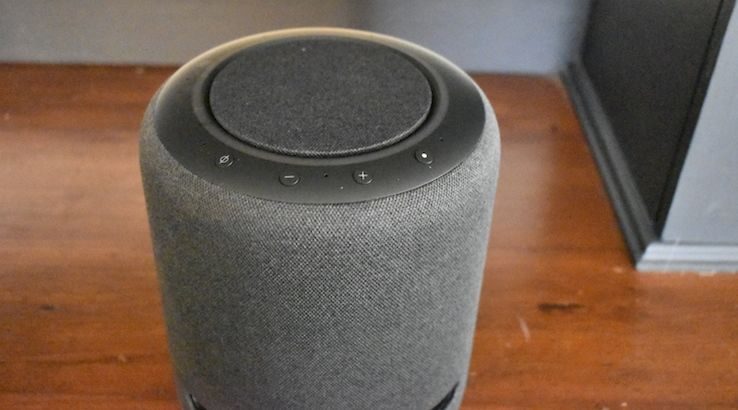 With seven built-in microphones, the Studio's Alexa can pick up a voice command from a decent range. However, just because Alexa can hear you doesn't mean it can understand your instructions.

When I asked Alexa to play Halsey's new album Manic, the Studio opted to play East Side by Halsey instead, no matter how many times I asked. The strange thing is that the Echo and Echo Dot had no trouble with this command and played the album after a single request. 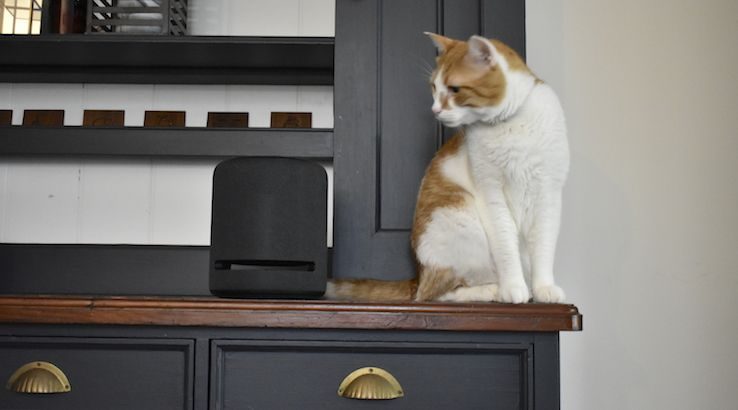 The Echo Studio sounds better than any other Echo speaker, even without Dolby Atmos. It's unfortunate that Amazon isn't yet able to offer Amazon Music HD and Dolby Atmos in Australia and hopefully will change in the future.

However, while Australian customers don't get the complete functionality of the speaker, we still have to pay the full price. Until Amazon brings the necessary Amazon Fire TV Stick to Australia, the Echo Studio isn't worth the high asking price of $329. 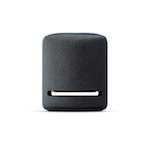