Quick verdict: If you're already heavily in the Alexa ecosystem, the Echo Auto makes it simple enough to get it running in your car – but it's beset with a lot of software bugs that make it distinctly second-rate. 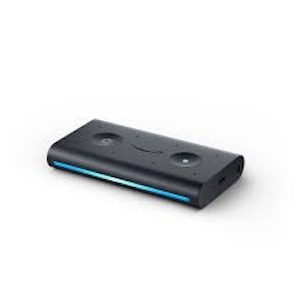 Voice assistants are everywhere these days and Amazon's Alexa is one of the more flexible options when you're installing any of a number of Echo speakers around your home for smart home purposes.

But what about smart cars? That's where the Amazon Echo Auto comes in, adding its Alexa assistant to your car, even if it's an older model lacking inbuilt Bluetooth connectivity. The hardware itself is quite decent for the money, but sadly the whole Alexa experience comes crashing down thanks to software quirks that Amazon has had quite a bit of time to sort out already. 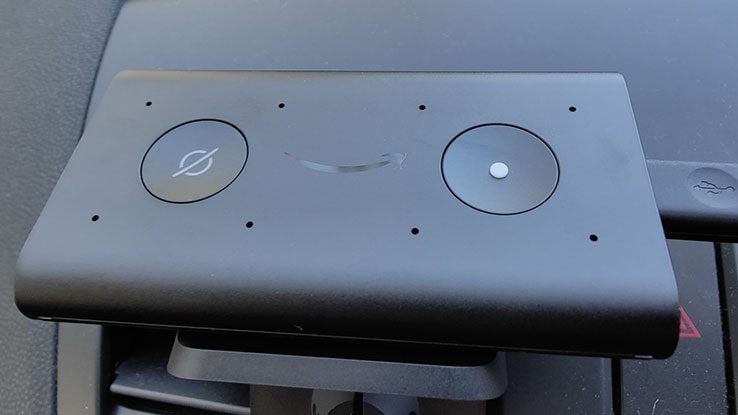 There's not a whole lot to the Amazon Echo Auto itself, because it's essentially just a bridge between your phone and its Internet connection, and then the audio capabilities of your car. That doesn't require that much actual technology. As a result Amazon has been able to cram the entire affair into a small rectangle of plastic, smaller than a pack of playing cards. You also get an air vent mount to place it on, which isn't mandatory for it to work, although it does make it easier to reach its buttons if you need to in a hurry.

While the primary focus of the Amazon Echo Auto is on Bluetooth connectivity, if you're driving a car that lacks Bluetooth, you can also hook up your car's audio via a 3.5mm audio cable. One is provided in the box to make it easy, although if your car doesn't have an auxiliary input then the Echo Auto is of no actual use to you.

Installation of the Amazon Echo Auto is simple enough, with power coming from an ordinary cigarette lighter power adaptor. One nice touch here is that the plug has two USB-A inputs, so you can use it to charge the Amazon Echo Auto and also charge a secondary device such as your smartphone.

You've then got to add it to your Amazon Echo devices list in the Amazon Alexa app for iOS or Android, which again went painlessly and quickly. There's certainly no issue with difficulty in installing the Amazon Echo Auto, although I suppose if you had a car with wide or oddly shaped air vents then the supplied holder might not fit that well. 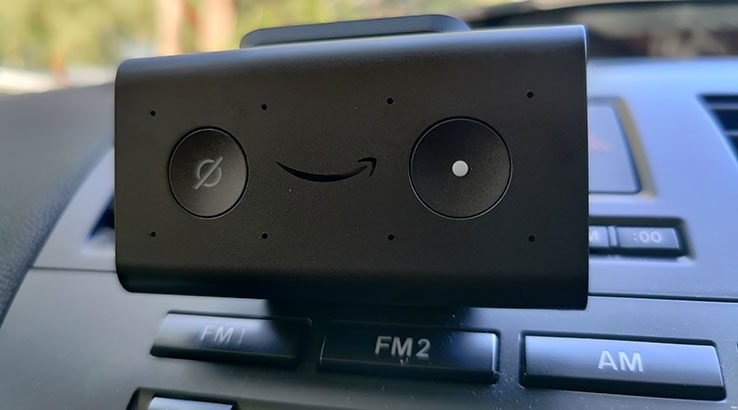 In my case, I installed the Amazon Echo Auto in an older Mazda 3 that did have Bluetooth but not an auxiliary input. Actual pairing was essentially as painful as it is for any other Bluetooth device with that car. It's important to note that what you actually do is connect the Amazon Echo Auto to your phone, because that's the primary data source for the Echo's input, but you actually pair your phone to the car, not the Echo Auto itself. Without a phone, the Echo Auto can't do much of anything.

It is at least very clear when it has heard your input word, lighting up a clear blue bar and emitting a chime whenever it hears the familiar cry of "Alexa…". What happens next of course depends on which Alexa skill you want to engage. There's no technical limit that I could spot in terms of compatible skills, although of course many of them aren't necessarily that functionally useful in an in-car context to speak of.

There's some potential utility of course if you've invested in Echo devices for your smart home when you pull into the driveway to tell Alexa to switch on the lights or the heater or the TV or whatnot, but that's less useful when you're headed down the highway at 100km/h.

Sure, I can ask Alexa to name the cast of Tremors if I can't remember the name of the dad on Family Ties who is in it – Michael Gross if that had slipped your mind – and that's a neat party trick, but not exactly vital to my in-car experience to date.

The Echo Auto talks natively to Amazon Music if you have a subscription – and it would seem odd to invest in one if you didn't – which does give you a decent range of musical choices to accompany your journey. Playing and pausing tracks, albums and playlists is pretty easy, and I'll give the Echo Auto credit for having quite good microphones on board. Even on busy and noisy roads and with music playing it was able to pick up its keyword and listen properly to what I asked of it.

The other obvious use case for in-car speech is navigation, and here the Amazon Echo Auto stumbles a little. Ask it for the nearest petrol station and it will be able to work out where they are, but all it does is present them to you in a list. When I need petrol, I typically need petrol, not the knowledge that there are four nearby petrol stations. You can then vocally request a specific number, but all it does then is pass the navigation request through to your phone's default mapping app to handle the actual navigation.

Or in other words, it's not really doing anything you couldn't do with Siri or Google Assistant and an unlocked smartphone, really. Alexa doesn't even read out the navigation instructions itself.

The bigger problem with the Amazon Echo Auto isn't one that's inherent to the hardware itself, which is rudimentary but fine. It's the software, and specifically Alexa's habit of deciding that you've lost Internet connectivity a lot of the time. Out of a dozen trips with the Amazon Echo Auto installed in my car, I made it through precisely none without Alexa pausing music or stopping news or weather forecasts because it told me that my phone had lost its Internet connection.

It never actually had, working in areas with strong 4G and 5G Telstra connectivity. Indeed, to test this out I paired up the same device with some Bluetooth headphones on an HFC 250/25 NBN connection and the exact same thing happened. It's truly bizarre that Amazon, a company whose servers act as the bedrock for many of the world's biggest websites can't get this fundamental thing right. It's a software problem to be sure and that's within Amazon's power to fix up if it felt so inclined. The Amazon Echo Auto is new to the Australian market, but it's not new at all for other overseas markets. As such Amazon has had a lot of time to fix this up. The fact that it hasn't is definitely concerning.

Should you buy the Amazon Echo Auto?

It's hard to recommend the Amazon Echo Auto beyond the very small niche of folks who already have a significant investment in the Echo ecosystem and who desperately want the same voice assistant running in the car. Or those who want and need a voice-assistant-guided Bluetooth bridge for their older vehicles.

Even within that group, you're looking at a lot of frustration and "dropped" connections until Amazon sorts out its server issues and improves the software that the Echo Auto relies on.