Quick Verdict: The Amazon All-New Kindle isn't an essential buy for e-reading purposes, but it's a nice way to give yourself a break from your phone or laptop.

You can't accuse Amazon's marketing department of not having plenty of front.

It definitely takes plenty of front to market the All-New Amazon Kindle as really being "all-new". By any normal definition of "all-new", it's no such thing.

Amazon has been selling Kindles since 2007, and while the underlying technology has improved over time, the essential experience is still the same. What the "All-New" Kindle brings to the table are features that have been present in previous Kindle models at a more affordable price point.

The question you've got to answer in 2019 is whether this makes sense for you when Amazon's Kindle apps are available for every smartphone, tablet and laptop around the world. 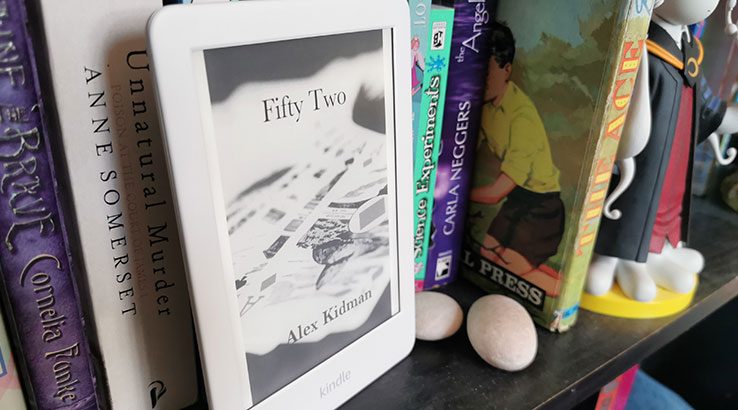 If you've seen any prior Amazon Kindle, then the design of the All-New Amazon Kindle isn't going to surprise you in any real way at all. It's a 6-inch e-Ink display with a relatively wide bezel inside either a white or black plastic body that measures in at 160 x 113 x 8.7mm.

There's an Amazon arrow logo on the back and power button on the bottom next to a MicroUSB charging port. That's your lot for interfaces, because Amazon long ago switched to full touchscreen support for all its Kindle devices.

Amazon provided me with one of its own $49.95 All-New Kindle cases for review, and if you're keen enough to buy a Kindle, it's definitely going to be a worthwhile investment. There's little to protect the plastic screen, and no attempt to prevent water ingress either. The pricier Kindle Oasis can handle an accidental dunk into fresh water, but it would utterly destroy the All-New Kindle if you did so. 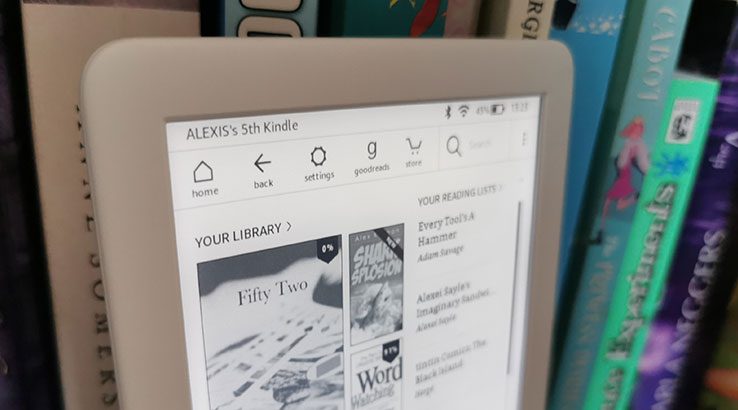 You buy an e-reader because you want to read on it, and here you're stuck with the limitations of e-ink technology. The All-New Amazon Kindle boasts a resolution of 167ppi, quite a bit lower than that of the $199 Kindle Paperwhite. The practical upshot of that is that it's fine for reading straight text, but any kind of diagram, photo or comic book strip is going to suffer a little in clarity terms.

Still, there is something to be said for having a dedicated device that really only reads books, because the simple act of picking it up off a desk means you're trying to get away from other distractions and engage with whatever text takes your fancy.

Now, the same is true of an actual printed book – and there's a fundamental joy in actual page-turning that the Kindle can never replicate – but for that essential "escape the world on your sofa" experience, the All-New Kindle performs well. I've used it to do everything from reading straight novels, a few biographies and even catch up on my Japanese language revision without issue.

for those insomniac nights – or when you're hit with direct sunlight during a commute or if you want to read out on the verandah it's a great inclusion.

The one feature you could call "All-New" is the inclusion of a integrated front light. It's not new for Kindles of course, but it is new for the entry level Kindle model. The effect is less bright than on the Kindle Paperwhite or Kindle Oasis, but that's because those models have more lighting strips to play with. Still, for those insomniac nights – or when you're hit with direct sunlight during a commute or if you want to read out on the verandah it's a great inclusion.

The All-New Kindle also technically supports audiobooks through Audible, although there's no onboard speaker. You'll need a pair of Bluetooth headphones paired to the All-New Kindle if that has appeal. Naturally the audio quality there will largely rest on the quality of the headphones used, but for Australian users, sadly, there's also no ability to access Audible content. If you do have an audible account from other regions, however, it should work just fine.

The All-New Kindle sells with just 4GB of storage on board. For many users that will be ample, because most eBook titles that rely on just text are indeed tiny. For some though, and especially if you're downloading lots of audiobooks to it, the higher tier Kindles can be purchased with 32GB of onboard storage. But that's not an option for the All-New Kindle.

The All-New Kindle is sold as a Wi-Fi model only, where you can get the Kindle Paperwhite or Kindle Oasis optionally with onboard 3G/4G access. The point there is buying more books from the Kindle store, although there is also an "experimental" onboard browser still present on the All-New Kindle. In an absolute pinch you can use it to browse the web, but it's a very messy and slow process, even on a fast connection. 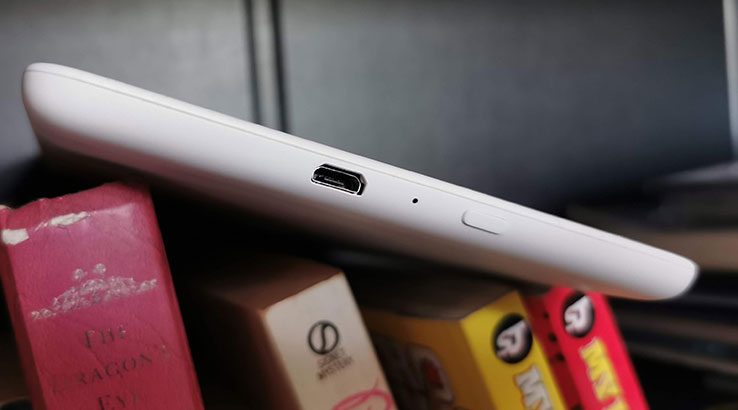 Amazon doesn't publish an official battery capacity for the All-New Kindle, instead stating that a single charge should last up to four weeks. That's based on the idea that you'll only do a half hour of reading each day.

Still, it's the reason why Amazon sticks with e-ink technology for its e-readers, because while it's not exactly high resolution, it only has to apply charge when something on the page changes. The actual display itself sits in an effectively zero power state until you do something, typically turning a page, at which point power is used up.

That's leaving aside issues such as light usage, Wi-Fi and of course Bluetooth for those audiobooks, all of which can and will sap that battery faster. Still, after a couple of weeks of decent testing, my review model is only down to 46% charge. You'll know well in advance before it's going to go flat.

That's a good thing, because along with the older e-ink technology, Amazon's also bringing MicroUSB back. Or at least it's trying to, because that's how you charge your supposedly All-New Kindle. I'm left a little baffled as to why Amazon didn't opt for USB C, which would provide easy compatibility with most new mobile phone chargers, as well as the prospect of faster charging generally. 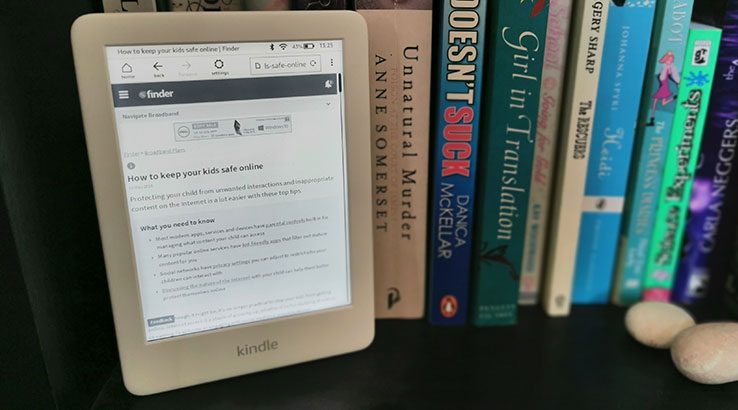 Amazon All-New Kindle: Should you buy it?

The Amazon All-New Kindle does what most Kindles have done since the first models appeared. They're good for basic reading tasks, and the inclusion of the light does give this Kindle more flexibility at a price point that's lower than Amazon has offered before.

Oddly, in Australia, we don't get the option to save even more by purchasing an "ad-supported" Kindle model, although I personally count that as a plus. I guess if you were really keen on that idea you could buy one on a US trip, if you must.

If you're new to the e-reader world and not satisfied with the ability to read Kindle books via the existing iOS, Android, PC or Mac applications, it's a good and generally affordable option.

Kindles are definitely a buy for folks who are truly passionate about their reading, and that makes it a harder recommendation if you already own a Kindle and you're keen to upgrade. There's a price bump up to the Kindle Paperwhite, but that's a device with a much sharper screen, more storage and the option of LTE connectivity. Of course, if you want the luxury option, there's always the Kindle Oasis.Back to top 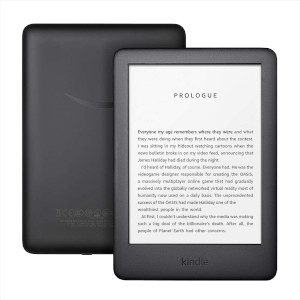