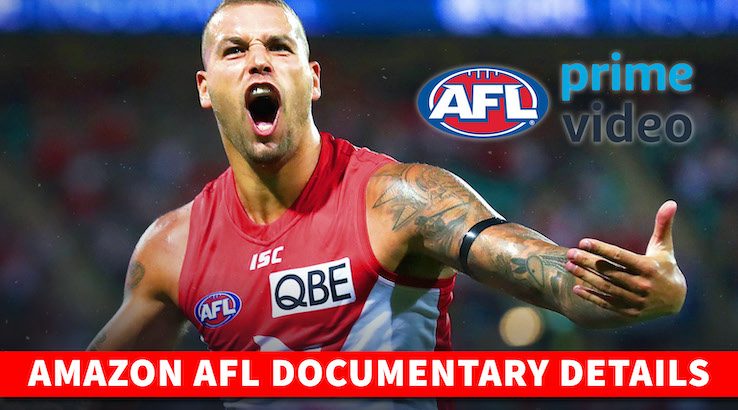 Hot on the heels of The Test, Amazon is preparing an AFL documentary series in a bid to lure more Australian fans to its streaming TV service.

If you've been following the streaming TV market in Australia, then you'll know the competition has never been hotter. The traditional big three in Stan, Netflix and Foxtel Now have been overshadowed in recent times by the arrival of a number of other giants.

Kayo Sports has completely changed the landscape for sports fans, then there's Disney+, Apple TV+ and new kid on the block Binge. YouTube Premium has continued to grow and then, of course, there's Amazon Prime.

Amazon isn't waiting for final viewing figures to kickstart its next Australian sport documentary series, however. Next up, Amazon is focusing on Australian Rules Football.

What is Amazon's AFL documentary series about?

It's being widely reported that Amazon has signed a deal with Jam TV to produce a six-part documentary series exclusively for the Amazon Prime streaming TV service. Jam TV is a television production company owned by colourful AFL media personality and president of the Collingwood AFL club, Eddie McGuire.

The series is said to focus in on six clubs, and in particular on a key figure from that club. While the final details have not been confirmed, it's believed that eight clubs have confirmed an interest: Carlton, Geelong, Gold Coast, GWS, Port Adelaide, Sydney, Richmond and West Coast Eagles.

Interestingly, Collingwood is not said to be involved at this stage despite McGuire's stake in the AFL documentary series. However, other reports are suggesting that all 18 clubs have been invited to be involved in some capacity.

For an insight into what the experience could be like, AFL fans are encouraged to check out Six Dreams on Amazon Prime. This Amazon Prime original documentary series took a similar approach to the one described above, but applied it to the La Liga football league in Spain. Its six episodes followed three players, one coach, one sports director and a club president through an entire season.

You can learn more about Amazon Prime here, or grab a 30-day free trial to check it out now.

When will Amazon's AFL documentary come out?

At this stage, there is no release date for the AFL documentary series. Given that it needs to film over an entire season, it's unlikely that post-production will even begin before the end of the 2020 AFL season. With that in mind, we can speculate Amazon Prime would release in March 2021, just as excitement is building for the next season.

This is purely Finder's speculation. We've received no suggestion of a date from anyone off-the-record.

How to watch every match of the 2020 AFL season

Assuming talks are as advanced as is being reported, it's likely the Amazon AFL documentary series will focus on the 2020 season. It's added incentive to follow the ups and downs on what's sure to be another blockbuster year.

We have a detailed breakdown of all your options for watching the 2020 AFL season here. But for the quick summary, the best bang for buck can be found with Kayo Sports. It has every game live and on-demand, all the magazine shows, documentaries, highlights, news and unique viewing features.

You can grab a 14-day free trial here.

It’s all or nothing for the Western…

The Super Rugby season comes to an end with…