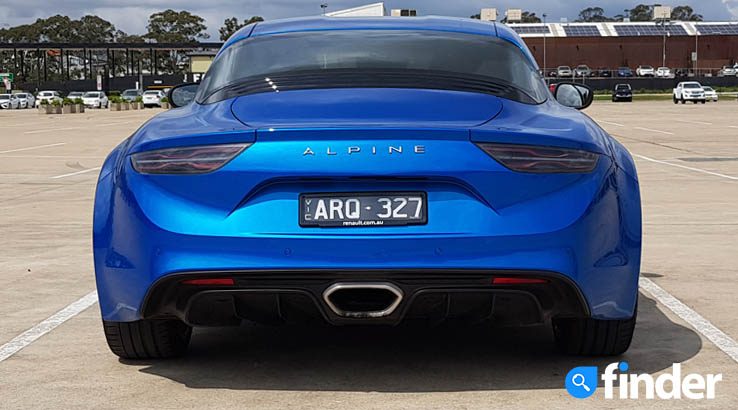 With a limited allocation of just 100 vehicles annually in Australia, this might be the first time you're reading about the Alpine 110. For years I've wanted to get my hands on this exclusive French sports car, that starts from $97,000. Let's find out if it's worth dropping almost $100k on a car your mates have probably never heard of.

Overall, I think the Alpine A110 looks fantastic, but it really is a case of two halves.

At the pointy end it is a very retro inspired, low slung sports car. But that is unsurprising as the A110 is a modern take on the French manufacturer's classic 60s coupé of the same name. I'd argue that perhaps the front of this car is due for an upgrade and while it is great to pay homage to your roots, I feel like it is lagging behind the times.

The back of the A110 saves it in the looks department though. It still retains the sleek, sloping roofline of the past while appearing like a modern design. It's fantastic. Its low, wide stance and sleek LED taillights mean that from behind, the little Alpine A110 has the profile of a baby supercar. 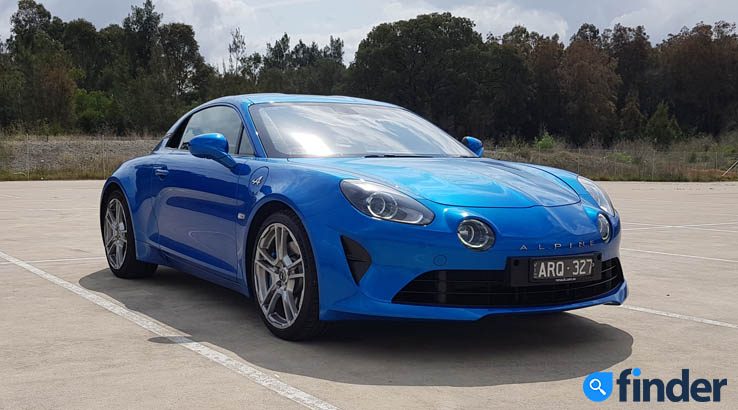 After struggling to get into the driver's seat, it is actually surprisingly comfy. The seats have plenty of lateral support and bolster you in place with enough padding to ensure you feel as though you're in a track-going car. The seats are covered in a Dinamica faux suede and leather combination that is woven together with blue stitching.

The centre console layout is also supercaresque, with a big bright red start button between the rider and passenger. Selecting gears is done via a button set-up, with each illuminated by a white light. The way it is laid out makes it feel special.

A metal plate in the passenger footwell builds on the sporty layout of the cabin, ensuring that they know at some point they will be bracing as the lightweight Alpine takes off or comes to a stop.

There are also two USB ports, a micoSD reader and a four-speaker audio system, which may not sound like much by today's standards, but performs admirably.

It's not all good news though.

Signal to those four speakers is controlled via a seven-inch touchscreen infotainment arrangement, which while performing its purpose, isn't the best system we've used. Particularly annoying for the passenger was volume being controlled through the touchscreen interface, which became tricky when the roads were a bit rougher. Plus, there's no Apple CarPlay or Android Auto.

There isn't much storage space inside either. There's a storage tray underneath the console buttons, which is easy to put items in to but much harder to retrieve them from. Beyond that you really only have what you can fit between the seats, beside the passenger's legs and on their laps.

So, practicality isn't the Alpine A110's strong suit, but who is really purchasing this car to move houses? 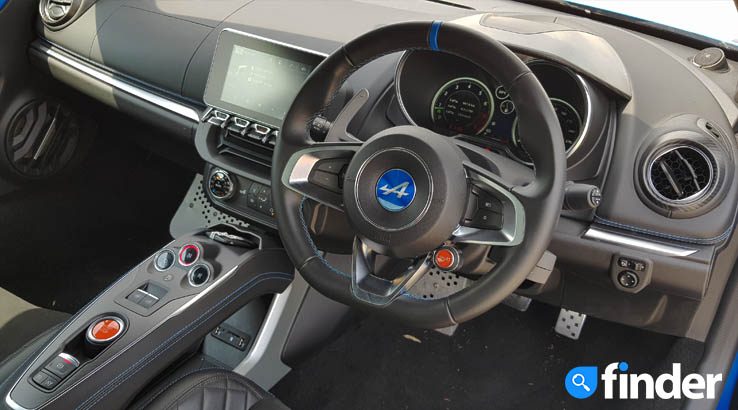 How does the Alpine A110 go as a daily driver?

To fully appreciate the Alpine A110, you need a race track. Unfortunately, we here at Finder haven't got a race track, yet. So we used the Alpine as our daily driver, going on trips short and long, to see.

Hopping in to the A110 was a struggle for me personally, but that was expected as it only stands as high as the waist. With the seat bolster, it does take some maneuvering to get in to.

First and foremost, the ride was completely unexpected. Being so lightweight and an aggressive bias towards performance, I hopped in to the Alpine thinking it could potentially be one of the harsher set-ups we've experienced.

That couldn't be further from the truth. The set-up was quite forgiving and didn't rattle us to pieces at all. It still retains an element of stiffness in the suspension, but you could definitely drive the Alpine around Sydney on the daily.

Then there's the moment you plant your foot down and the turbocharged four-cylinder engine shifts your gizzards to different parts of your body. The engine produces 185kW and 320Nm, but it only weighs 1,114kg, which in scientific terms, makes it a rocket.

A near 50/50 weight distribution (44/56) gives you plenty of confidence heading through corners too. Its agility, precision and responsiveness make it an absolute joy to drive.

In fact, the Alpine A110 was recently voted the "Best Track Day Toy of 2019" due to its ride dynamics and handling merits. 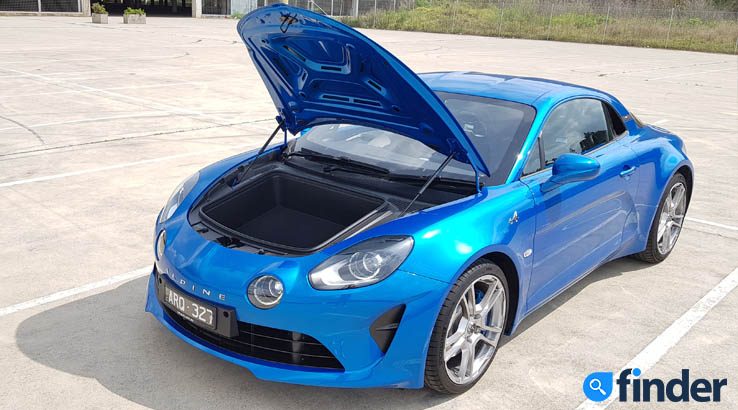 Practicality isn't why you purchase an Alpine. You only get enough storage room to fit an overnight bag in the back and in the front, you could carry a small amount of shopping. Inside, there isn't that much storage either.

But is this a practical choice for someone who is in the market for a fun little sports car? Yes, the performance you get for the money you pay is extremely compelling, though on the other side of the coin, if you're forking out $96,000 there are several options including the Lotus Elise Cup and some German players.

It is also rare, so chances are you won't see another one cruising around while you are. Alpine is limited to just 100 sales per year due to the fact that safety equipment is few and far between on the A110. 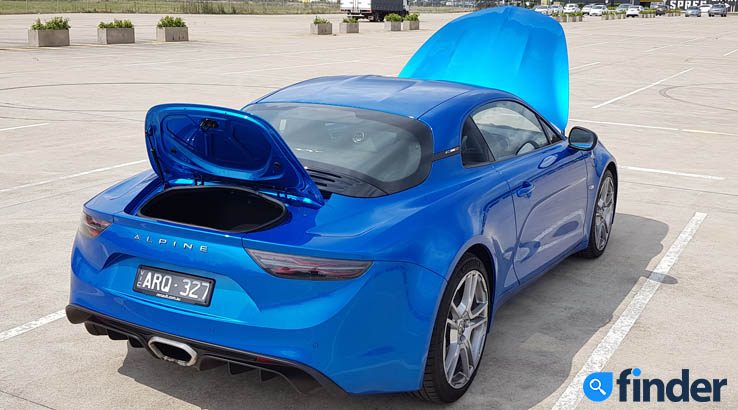 What safety equipment do you get on the Alpine A110?

There isn't all that much. You get a grand total of two airbags, which is the main reason that sales are restricted – there are no side airbags.

You don't get AEB or lane keep assist.

But, you do get a smile?

The safety suite consists of:

The Alpine A110 is a pearler. It is a flawed car, but it gives it personality and for that reason it is amazing.

Performance is impressive, dynamics are fantastic and it looks great to boot. With a better safety suite, which would lift sales restrictions, I have no doubt you would see plenty of enthusiasts picking these up.

Make sure to check out the car reviews section of the site to find both our hands-on reviews as well as our vehicle comparison tables that allow you to sort and compare cars. We are also on Instagram if you are keen to see what we are testing this week.