Allens Blockchain Reaction Report: Where are we, and where are we going? 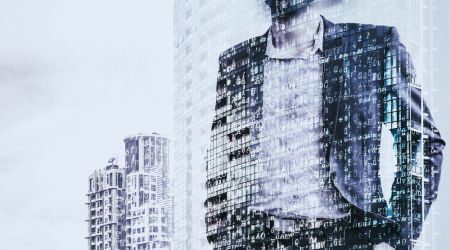 A report by international law firm Allens investigates the use cases for blockchain and where the technology is now.

International law firm Allens, which has offices in Australia and Asia, has released a detailed report investigating the attributes, problems and possible use cases for blockchain.

The report's lead authors say blockchain first got on Allens' radar in 2012 due to a junior lawyer's penchant for bitcoin, and the fascination stemmed from there.

"While perspectives are many and varied, the overwhelming view is that distributed ledger technology has the power to shift economies, businesses and behaviours."

Blockchain is a type of distributed ledger technology that records, encrypts and transfers data "blocks" along a secure chain. While originally used for bitcoin transfers, the use cases for the technology are numerous.

The report outlined the "strong potential" to improve the efficiency and accuracy of payment services and cross-border banking. Commonwealth Bank, NAB and Westpac have all already started to invest in distributed ledger solutions for payments, with them all being part of consortium of global banks testing blockchain. Some Australian banks are also trialling Ripple technology. However, as outlined by Allens, the technology can also be detrimental for banks as it could threaten the viability institutions that are transactional intermediaries.

The clearing and settlement process currently relied on by the securities industry could be improved by allowing for "quicker settlement, improved integration with registry and back-end systems, and reduced capital requirements." In Australia, the ASX is currently investigating whether the technology could replace its current system CHESS.

Central banks, including the Royal Bank of Australia (RBA) and The Bank of England, have been exploring the possibility of developing their own cryptocurrencies by leveraging distributed ledger technology.

Record-keeping in governments could be improved through distributed ledger technology. Some examples outlined in the report include collecting taxes, delivering social security benefits, issuing passports and maintaining the integrity of public records and services.

Verifying electronic documents or digital intellectual property is a clear use case for this technology, with "obvious" examples including verifying ownership and the creating date of copyrighted works. Companies such as Ascribe, PeerTracks and Ujo are already leveraging this technology for copyright and royalties.

The explosion of Internet-connected devices creates the potential for these devices to "transact and communicate in real-time using the blockchain".

The benefits, challenges and solutions for this industry according to Allens:

The current state of blockchain

While there is an obvious and growing interest in blockchain from institutions and governments around the world, there are still significant challenges that need to be addressed. One of these issues is reaching a consensus on the way to move forward.

"While consensus is critical as a technical aspect of distributed ledgers, consensus has not been reached on the best approach moving forward, the ideal business model, and how to maximise value, or monetise, the technology," the report said.

Other issues addressed in the report include the investment that's required to test and innovate the technology and the likely necessity of changing existing technical and operational processes.

Allens concedes that these issues may lead to use cases for the technology being tested in more limited contexts as early adopters seek to derisk it, or only apply it in narrow circumstances.

"We look forward to the day that it steps out from its various siloed labs and into the everyday world," the report concluded. "To do that, however, we predict that it will require significant leadership, investment and co-ordination."