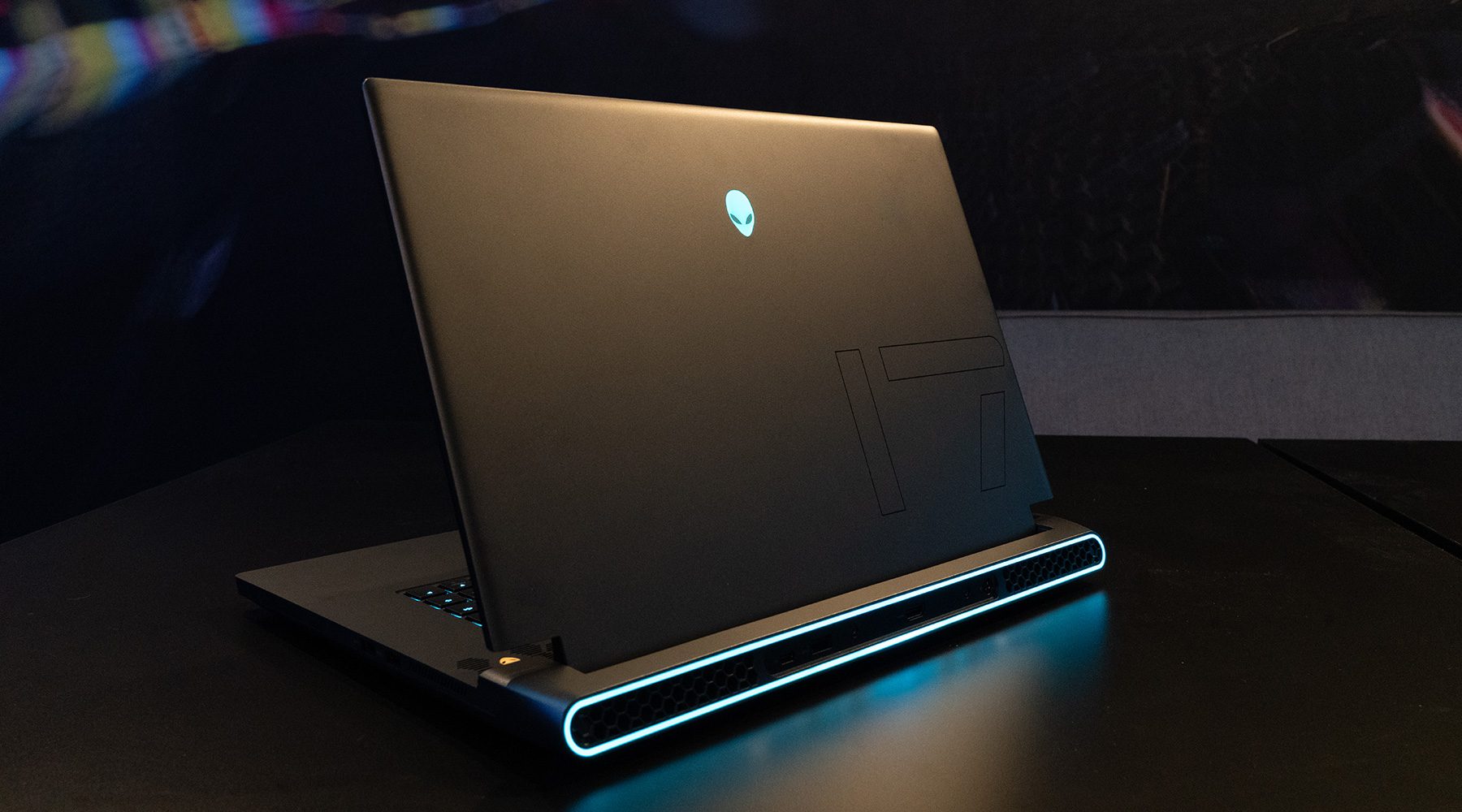 Dell subsidiary gaming brand Alienware has announced the availability of new models in its flagship gaming laptop lines. First showed off at CES 2022, the new Alienware m15 R7 and Alienware m17 R5 models feature refreshed processors and graphics options, along with new cooling technologies designed to stop them cooking your lap while you're busy frying your online gaming foes.

Dell pulls out all the stops for the Alienware Area 51 M17 R2, although it'll leave a hefty dent in your wallet – and your lap if you leave it there.

Naturally, again, you'll pay quite a bit more for the fancier graphics options. One option you don't get is any colour choice, with the m17 R5 shipping in a black frame that Alienware refers to as "Dark Side Of The Moon" colour.

You do get a choice when it comes to the keyboard, with an option for either Alienware's standard "AlienFX" keyboard with 1.8mm key travel, or CherryMX switches if they're more your personal keyboard style.

Alienware's claim is that the Cryo Tech vapour cooling chambers in the new m17 R5 is 3.5x larger than in prior models, leading to improved airflow of 6%. That doesn't sound like much, but it could make a big difference in terms of total thermal management… and the comfort level on your lap during a heavy gaming workload.

Alienware says that it's also worked hard to provide thinner internal fans that run quieter and provide less bulk to the overall laptop. At 3.3kg, it's still not a light creature, but then few 17 inch laptops really are. 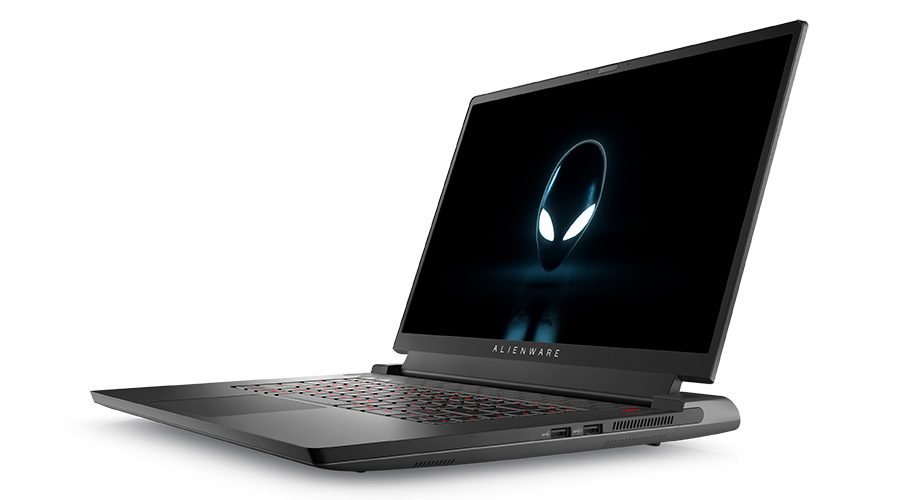 If a 17 inch laptop is going to crush your lap or be too big for your working and gaming space, there's the new variant of Alienware's 15 inch laptop line to consider. The Alienware m15 R7 can be configured with either an AMD Ryzen 7 6800H or AMD Ryzen 9 6900HX processor and NVIDIA GeForce RTX GPUs, starting from a 4GB 3050 Ti up to a 16GB GeForce RTX 3080 Ti, depending on your budget.

Like the bigger m17, you can opt for a Cherry MX keyboard, but you're stuck with the single Dark Side of The Moon colour option. Cooling focuses on being as thin and (comparatively) light as possible, with thinner and wider fan blades than prior models on board.

Alienware's claim here is that it'll provide up to 1.3x more airflow through the laptop. One neat feature here is that each fan blade is independently managed, so it can fire up distinct fans if there's specific heating in one area only without adding noise or draining excess power firing up all of them. 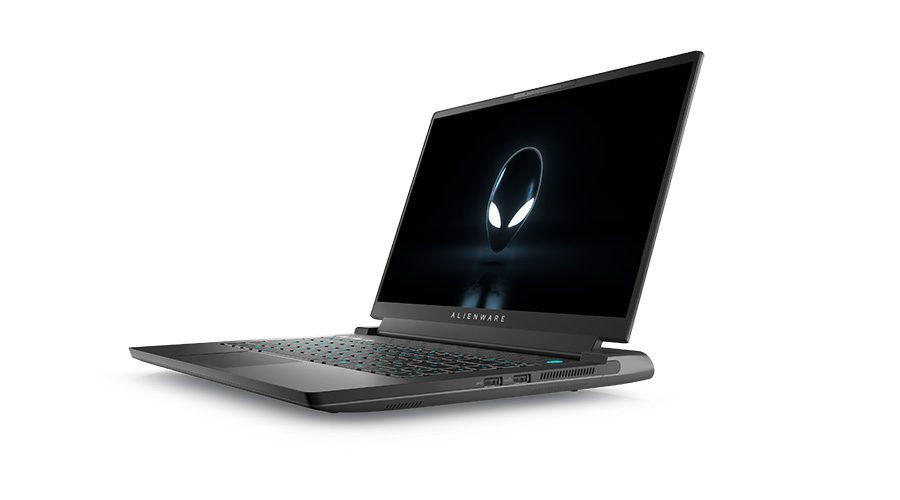 If the asking prices of the m15 R7 and M17 R5 are too rich for your liking, there's a third option, although it's not strictly speaking an "Alienware" laptop. The Alienware brand has been owned by Dell for a long time now, and it's increasingly used Alienware tech in its own, less pricey Dell Gaming laptops.

The new kid on the block here is an updated Dell G15 gaming laptop, driven by a choice of AMD Ryzen 6000 series mobile processors. On the GPU front, the updated G15 runs with a range of NVIDIA GeForce RTX processors, from a 4GB RTX 3050 on the baseline model all the way up to an 8GB RTX 3070 Ti if you want the fanciest configuration.

You don't get the fancy cryto-tech cooling of the Alienware models (or spooky alien branding either), with a simpler copper pipe cooling solution in play.

The display is a 15" LED with either FHD or QHD resolution and 120Hz, 165Hz or 240Hz refresh rate variants. It'll ship in Dark Shadow Grey, Spectro Green or Phantom Grey finishes, and will be available to order in Australia from 22 April from $1599. 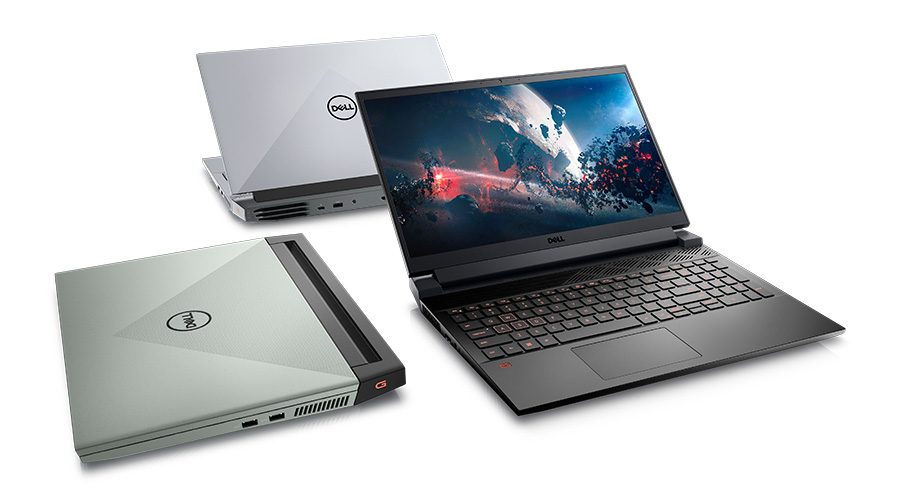 Up to 25% off Alienware gaming laptops

Need even more info on the latest and greatest tech? Head over to Technology Finder.