Unlimited Sydney-Melbourne flights with Airly: How much can you actually save? 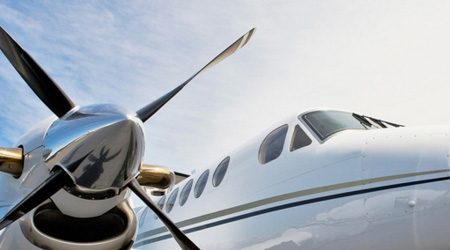 Is subscription flight service Airly actually cheaper than paying for commercial flights? We've crunched the numbers for flights from Sydney to Melbourne.

Private jets aren't just for the rich and famous anymore. Subscription private jet service Airly has launched in Australia, based on a “members-only” model. Once you’ve dropped the $1000 joining fee and choose your level of membership, which starts from $2550 per month, you’ll gain unlimited access to its dedicated domestic routes via eight-seater King Air 350 aircraft. (That means every seat is both a window seat and an aisle seat).

At the moment, Airly operates 54 flights per week out of three airports: Melbourne (Essendon), Sydney (Bankstown) and Canberra. As membership numbers grow, these flight numbers are expected to increase and routes will expand to include Adelaide, Gold Coast, Hobart and Brisbane.

While the Melbourne and Sydney airports aren't the main airport for those cities, Essendon is actually closer to Melbourne's CBD than the main Tullamarine airport. Each flight also offers all the private jet trimmings, including complimentary refreshments, concierge service and express check-in (be there 15 minutes before your flight takes off and you’re set).

Naturally Airly is targeting frequent business travellers, particularly CEOs, for its service, but the big question is: is it worth it? How frequently would you really have to travel between destinations to make Airly a better deal than a commercial charter?

We did the calculations to find out. To fly Airly at the absolute minimum (basic membership) you’d pay $1,000 for the joining fee and $2,550 per month. Looking at a year’s worth of flights, that would equate to $31,600.

How does that compare to commercial airlines?

Four carriers currently operate flights between Sydney and Melbourne: Tiger, Jetstar, Virgin and Qantas. For the purposes of this exercise, we’ve looked at the cheapest price possible per day, took prices from the carrier’s website and looked at prices throughout February 2016 as of 14 January 2016. We then averaged out the price to get the average flight cost. (While this means it won't always represent the most convenient flight time, the same is also true of Airly.)

On average the cost of flying a Sydney to Melbourne one-way route with Tiger is $67.21 per trip. That’s if you’re flying light (hand luggage only). If you want the best possible service (express, with seat selection and queue jump), you will pay an average of $74.62. Melbourne to Sydney flights were similar with an average one-way price of light being $70.17 and express of $79.07.

On average the cost of flying from Sydney to Melbourne one-way with Jetstar is $56.52 (starter fare) per trip. Bump those all up to Max Bundles (flexible fares with baggage and food vouchers), you’re paying an average of $161.73 per flight.

Jetstar also charges a $8.50 booking fee per flight. Now we’re looking at $170.23 for a one-way all-inclusive flight from Sydney to Melbourne. The return flight is similarly priced at $163.74 (inc. booking fee) so you're looking at around $333.97 for a comfortable return flight. Make 95 return flights and you’d be spending as much as an annual membership with Airly.

On average, the cost of flying Sydney to Melbourne one way with Virgin is $129.45 on a Saver fare. Fly business, and you’re looking at $750 per flight.

Oddly enough, Virgin is slightly pricier for the return leg of Melbourne to Sydney on a Saver flight, averaging $137.62 per trip. This brings a return trip to approximately $267.07 at the cheapest. Business class remains the same whichever route you take, making a return trip worth $1500.

On average, a one-way flight from Sydney to Melbourne on Qantas costs $138.48 (Red e-Deal, excluding any Jetstar flights). Melbourne to Sydney comes to $143.45 per flight on average.. Pull that class up to Business (flown with Qantas only) and you’re looking at a minimum of $750 per flight. either way.

Fly economy and it will be cheaper to go Airly if you make 112 or more flights return in the year. Fly business and you’ll only need to make more than 21 return trips.

Frequent business class passengers could be flying high for less with Airly, though you'll also need to carefully consider how you'll get to and from the relevant airports and if you need flexibility to change flights. See the Airly website for more details.

For everyone else, here's how your return flight with the four commercial carriers looks like compared to that $31,600 spend... 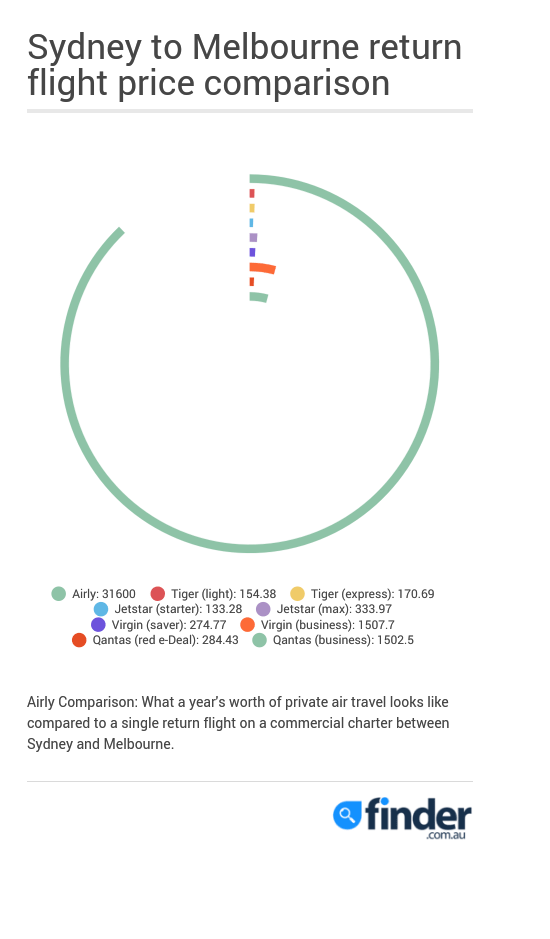 Can't afford a private jet? You can still get there with these deals on domestic flights: