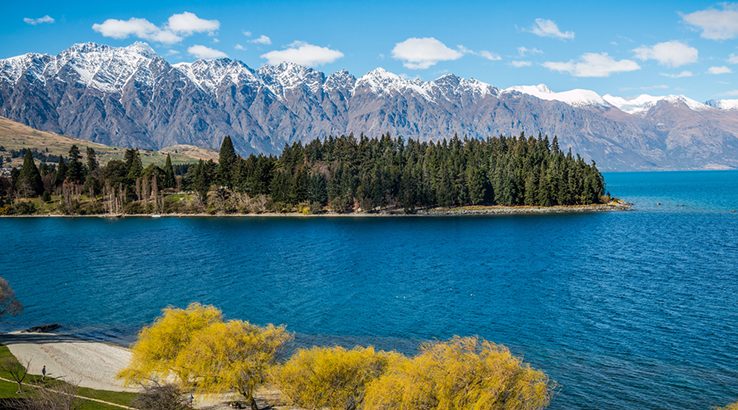 Have no fear, your flight options to New Zealand are here.

This left us wondering what would happen to our flights between Australia and New Zealand. Would we be left starved for options in the future? Forced to fly with an alternate airline for better connections? And what about those of us who've booked on codeshare flights from 28 October?

Well, now you have to wonder no more – at least on Air New Zealand's part.

While the airline hinted at an improved schedule during the announcement, Air New Zealand has now confirmed it'll be going above and beyond to accommodate for this disruption in our flight programming, moving forward with a two-pronged approach and launching two new trans-Tasman routes as well as increasing seat capacity by 15% year-on-year.

This aligns with its 15% increase model, adding 20,000 more seats from Brisbane.

The Brisbane to Queenstown flights will operate Tuesdays, Wednesdays, Fridays and Sundays, departing at 8am from Brisbane to arrive in Queenstown by 2:30pm. Its return leg departs Queenstown at 3:50pm on the same day, returning to Brisbane at 4:35pm local time. Prices start from $455 for one-way flights out of Brisbane.

The Brisbane to Wellington flights will operate Tuesdays, Wednesdays, Thursdays, Fridays and Sundays from Brisbane, departing at 5:35pm and arriving in Wellington at 12:05am the following morning. The return leg takes off on Wednesdays, Thursdays, Saturdays and Mondays, departing at 6:10am to arrive back in Brisbane by 7am. Prices start from $410 for one-way flights out of Brisbane.

These new routes aren't solely where Air New Zealand is increasing its capacity.

From 28 October, you can expect an additional Auckland to Melbourne morning service, Brisbane to Auckland evening service and midday Sydney to Auckland service, totalling 125,000 extra seats.

They're aptly timed too, commencing the day the codeshare agreement ends, providing ample options for travellers crossing the Tasman.

All flights mentioned are now for sale on the Air New Zealand website.

As for those codeshare flights...

Air New Zealand has also confirmed that passengers with existing bookings on Virgin Australia aircraft after 27 October will be shifted to Air New Zealand services. For those considering their Velocity benefits and points, this suggests that it's unlikely we'll see any lounge sharing or other bonuses once the deal ends.