Afterpay’s share price is plummeting – Is it a buy or sell? 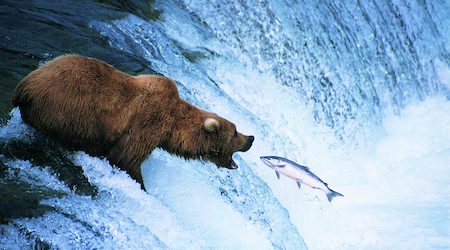 Afterpay's share price has fallen over 27% into bear territory, so is this a buying opportunity?

After a meteoric share price rise of more than 220% in the last year, Australia's tech market darling is now officially in bear territory.

A bear market is where prices drop by more than 20%, often over a period of weeks or months. A fall of almost 30% in days will have investors scrambling – although which direction they should be scrambling in is not yet clear.

The first blow came from investment bank UBS, which downgraded its broker rating to "sell" and warned investors that Afterpay's price could effectively halve within a year thanks to "regulatory risk".

It suggested that since customers of buy now pay later (BNPL) services were more likely to be indebted, platforms like Afterpay and Zip Pay could be heavily impacted if regulation is imposed around credit checking requirements and payment charges.

"In our view, somewhat paradoxically, the more successful Afterpay is, the more likely it will attract regulatory scrutiny," the report read.

As if cementing that view, the Reserve Bank of Australia (RBA) announced a day later that it would be investigating policy issues associated with how BNPL services charge customers, which could ultimately lead to a price increase for customers.

The RBA said the topic will be a focus of its 2020 review of credit card payments regulation.

Afterpay has continued to assert that as it's not a traditional credit provider, it should not be held to the same payment rules as credit card issuers.

If we follow Warren Buffet's "buy low, sell high" rule of thumb, this could present as a very good opportunity. Of course, that rule only works when companies have the right fundamentals to go back up.

Unfortunately, the experts aren't making the decision much easier either. While UBS has released a "sell" rating, calling the stock overvalued, Morgan Stanley remains optimistic and Citi is sitting somewhere in between on "neutral".

The differences in opinion is unusually varied.

Sydney-based investment advisor Medallion Financial is one of the lucky beneficiaries that bought Afterpay well before it became everyone's must-have stock.

Today, Medallion's managing director Michael Wayne told Finder that although he's still optimistic about the company's prospects, it's a "neutral" from the firm's perspective. In other words, it's a 'wait and see' scenario.

Ultimately, Wayne concedes the RBA's review around the BNPL model could unearth a few "unsettling" conclusions surrounding APT next year.

"Concerning elements which undermine business quality in our view is the reliance BNPL providers have on customers with income of less than $40,000 a year," says Wayne.

"ASIC suggests that 44% of customers fall into that category, meaning a very large portion of customers are arguably those most vulnerable to an economic shock, or slow down."

On the plus side, Afterpay has proven itself to have a strong business model and good management, which may shore them through the worst better than others, according to Wayne.

"Businesses like Afterpay often sacrifice profitability for growth. That is, management have shown a capacity to efficiently invest a dollar of revenue in opportunities that enhance future profitability," said Wayne.

"None of this is reflected on the balance sheet immediately often distorting investor perceptions of value. The benefits transpire overtime."

Wayne also says it's important to remember the company's growth rests largely on its overseas expansion, primarily into the US. If successful, changes by local authorities should have less of an impact on profits.

We continue to observe.