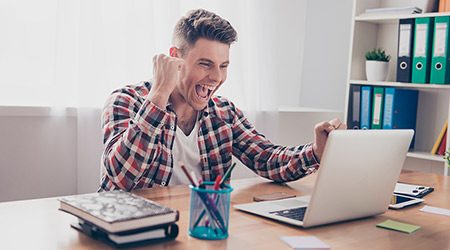 Afterpay has overtaken Coles to become the 17th biggest company on the ASX.

Afterpay (APT) shareholders are continuing their joyride today with stocks hitting yet another record high.

In the morning session, the APT share price spiked to $95.97, its highest level yet, before levelling out by the afternoon. It follows an impressive rally this week, its share price jumping more than 21% in the last 5 days.

So what's driving the latest bull run, and is Afterpay a buy at these levels, or is it as overvalued?

Why did Afterpay hit a record high?

Afterpay shares jumped on Monday after the company announced plans to expand further into Europe through the acquisition of Spanish payment technology company Pagantis.

The deal will see Pagantis rebrand under Afterpay's UK subsidiary, Clearpay, and offers a doorway to key markets including France, Italy, Portugal and Spain.

The update saw top broker Morgan Stanley increase its 12-month price target from $101 to $106 on 25 August, maintaining its "buy" rating.

On Thursday the company also announced its annual profit results, giving shareholders a clearer view of where it's going and how it's tracking.

Among the highlights, customer numbers more than doubled from the year before to 9.9 million, while sales also rose by 112% to $11.1 billion.

New daily customer sign-ups around the word are averaging more than 17,000, despite the pandemic, while Afterpay is now adding around 100,000 active customers in the US per week. In August, Afterpay also announced it had gone live in Canada.

Earnings (before interest, tax, depreciation and amortisation) were up 73% from the year before to $44 million. Meanwhile, annual losses were also halved to $22.9 million in the 20/21 financial year.

Is Afterpay a buy?

Afterpay's meteoric share price rise after its low of $8 in March has been extraordinary. The question many investors now face is whether it's too late to buy in.

According to Medallion Financial managing director Michael Wayne, both Afterpay and rival Zip Co (Z1P), which has seen similar success on the ASX this month, are valued at multiples that are hard to justify using traditional metrics.

"In many ways, current prices have presumed success embedded in the price," Wayne told Finder.

"Only time will tell whether or not these businesses can avoid customer attrition and bad debts, and achieve enough scale to justify these valuations."

Bell Direct market analyst Jessica Amir said while there was a lot to be happy about in the latest results, the lack of news on expansion to Asia was disappointing.

At the start of May, Afterpay's share price soared from $27 to more than $70 in a matter of weeks after news that Chinese tech firm Tencent had bought a 5% stake in the company sparking speculation about a China expansion.

Despite the lack of concrete plans to date, Amir believes Afterpay is a stock to hold for the long term and thinks it may well rally over $240 (as suggested by Morgan Stanley) if everything goes according to plan.

"Today’s result is still very positive, which is why its shares scaled to a new record high, $95.97," Amir told Finder.

She said if the company's growth into the US, Canada and new markets such as Asia, follows Australia's rapid take-up, there are plenty of reasons its price could continue up.

Among lead brokers, Morgan Stanley remains the most bullish, with a price target 16% above Thursday's closing price. Alongside its expansion plans, analysts pointed to Afterpay's new customer loyalty rewards program.

At the extreme other end of the ratings scale, UBS reaffirmed its price target of just $27 today, maintaining a "sell" rating and noting "no surprises" in the latest results.

Like most other brokers, Goldman Sachs sits in the middle with a "neutral" rating and a price target of $71.95.