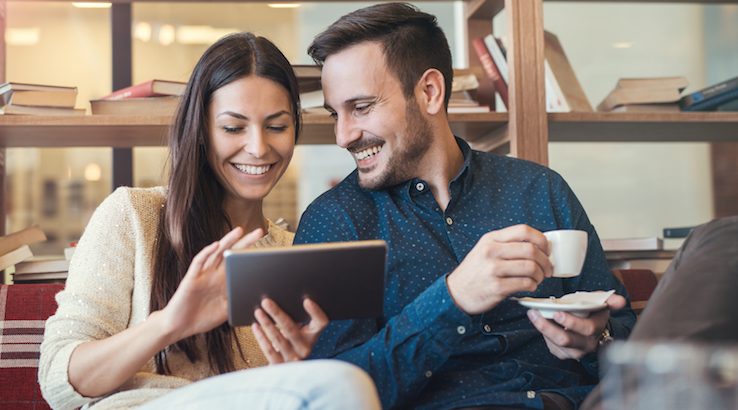 The micro-investing service has launched 8 features in 21 months, with a focus on financial education and giving people what they want.

The latest of these features is Little Acorns, which lets existing members set up sub-accounts so they can start saving and investing for their children or grandchildren. Acorns Australia’s chief operating officer, Brendan Malone, said the feature was designed in response to feedback from Australian users.

“What we like about Acorns is our customer feedback. Customers were saying "Oh this is great, grandad wants to set it up for his grandkids" or "I want to set it up for my kids, can you do something about it’?”

He said this approach has also been instrumental in the release of other features over the past two years, including the My Finances feature that helps you learn about your spending habits and the service’s socially responsible Emerald Portfolio, which received a huge response.

I think when they asked us for the socially responsible portfolio and we released that in June, we saw 5000 people go straight across [to it]. So it is interesting because people are asking for it and we’re responding to it,” he said.

“You know, they asked for a socially responsible portfolio, we built them one and they’ve used it. They asked us for a superannuation transfer, so we built that and now they can transfer from their Acorns.”

As well as listening to what people want within the app, Malone said Acorns aimed to give people more education around investments and money.

“We also break the education down. So if you go onto our Facebook or Instagram, it says "what is the ASX?" and in 16 words or less it tells you what it is in language that we all understand,” he said.

It’s [about] creating something a bit different and giving them access to that information and financial literacy.”

These features are part of what makes Acorns one of Australia’s most proactive fintechs – and the Best Tech Innovation winner at this year's Finder Awards.

Malone said the whole service is designed to be simple to use so it can "run in the background" of daily life. He used the Smart Round Ups feature as an example, explaining that it gives you a “set and forget” way to save by rounding your purchases up to the nearest dollar. The difference then goes into your Acorns account.

“So if you go and buy a coffee for $3.80, then 20 cents will go into your account,” Malone explained, adding that he’d recently seen the impact this could have firsthand with his brother.

Because it’s taking out $5 here there and everywhere, you’re not missing it. It accumulates over time," Malone said.

"But the relief on my brother’s face, because he’s got two young kids, he goes ‘Oh that’s the Christmas presents and lunch and all that. I haven’t got to start saving now for that’ because it's just worked in the background of life and all of a sudden he’s got $818 there.”

The money that’s stored in your Acorns account can be invested into a shares portfolio of your choosing, with investment options ranging from conservative to aggressive. You can also transfer money to your superannuation account or withdraw it at any time (although it takes a couple of days to land back in your account).

“What people like about Acorns is it’s easy. If you want to close your account, there’s a button that says ‘Close my account’. You don’t have to ring up, you don’t have to write away, it won’t say ‘give us 10 days and we’ll get it sorted’,” Malone said.

“We’ve also seen people put money in, say $10, and then pull it out before deciding to put a bigger amount in. So people have tested it and to be honest I would have as well. That’s how you learn.”

Brendan Malone was interviewed by finder.com.au as a guest of the Intersekt Festival’s Collab/Collide Summit in Melbourne, 2-3 November 2017.