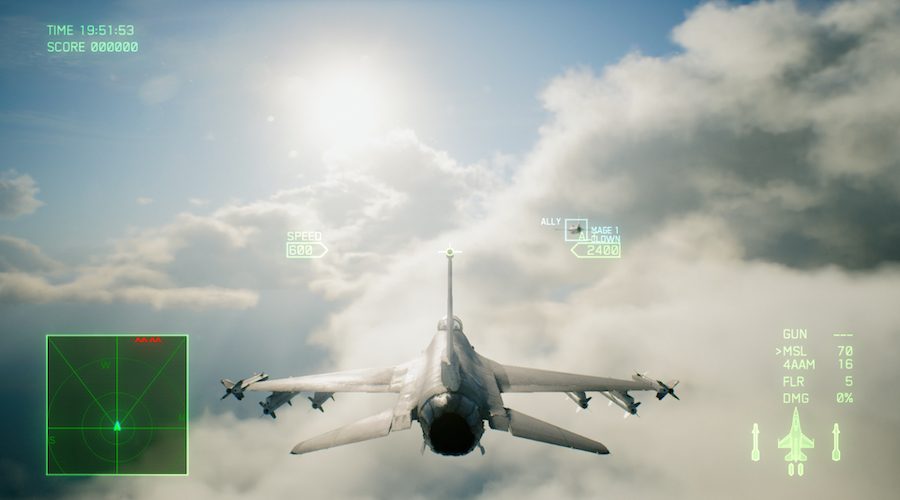 Skies Unknown is the best the series has seen a long time.

Take it from a guy who has actually barrel rolled and loop-de-looped at 900 km/hr in an L39C "Albatross", Ace Combat 7: Skies Unknown with PSVR is the real deal. Sure, you're spared the chest-crushing Gs that can knock you unconscious, but the need to throw up is just as authentic. Your brain simply buys this simulation without question and you shall BECOME Lieutenant Pete "Maverick" Mitchell. For children of the 80s, that's a dream come true.

That said, let's manage your expectations and need for speed early on. AC7 pulls a Gran Turismo Sport with its PSVR content: you aren't able to play through the entirety of this campaign with Sony's futuristic bucket on your head. What is here is four or so hours of fun, plus you can turn and burn to your heart's content in a free flight VR option. Had Project Aces gone the extra air mile and made this game 100% VR-compatible, I'd be calling it a must-buy and a system-seller.

Though you'll miss the superior situational awareness PSVR affords, jumping into the vanilla campaign still provides its own thrills. You'll zip into the flight suit of a voiceless rookie/wunderkind named Trigger, who's a frontline responder when the "good-guy country" (Osea) is attacked by the neighbouring "bad-guy country" (Erusea). At this point, I should probably mention that the AC series is built upon a weird little parallel Earth. Almost all of the fighter jets in it are real-world models but the landscape you're dogfighting over is a weird mishmash of, well, non-Europe. Secondary warning: expect to be a little overwhelmed by 17 games' worth of political intrigue.

Initially, the plot is about as confusing as a Tomcat in a flat spin. From the get-go you're introduced to an NPC Osean mechanic who, despite being a non-combatant, gets mixed up in the opening invasion and is jailed for a simple, wrong-place-at-the-wrong-time joy flight. Though it takes a while for her story thread to weave into Trigger's fate, eventually you both fall in step after a scripted screw up. Your punishment is slightly worse than being made to fly cargo planes full of rubber dog shit out of Hong Kong.

This early development in the campaign sets the stage for the majority of your AC7 missions: flying for a penal squadron. Yes, it's as kooky as it sounds, this is Top Gun meets The Longest Yard. 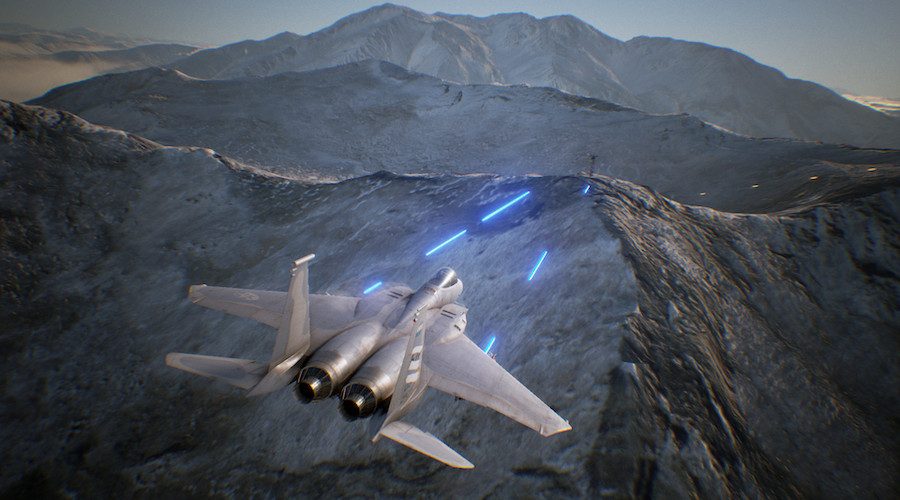 In order to draw the Erusean airforce away from legit targets, you and your "con air" squadron are given a long enough leash to dogfight over a fake-as airfield. Though it often feels like an anime plot, I still found this yarn to be a satisfying 12-hour narrative on the whole, even though my favourite entries in the series are more down-to-earth ones like Ace Combat 4 and Ace Combat Zero. In the end, being a literal jailbird is just a cool concept.

What hasn't changed a great deal is the basic gameplay: as always, it's very much in the arcade camp, rather than simulation. Newcomers should know that any AC game can be boiled down to what I like to call a "HUD geometry war". You'll maneuver your circle over the squares (this being your targeting reticle and the enemy bounding box, respectively). Once that turns into a diamond (radar lock,) match the angle of your prey's trajectory of travel (using brakes, yaw controls or advanced post-stall maneuvers). Unleash some homing missiles and wait.

If you hand-eye calculated like some sort of Maverick mathemagician you'll then be rewarded with a sweet explosion, grats on your radio chatter and then it's time to seek out another victim. Rinse, repeat on every other enemy plane, use chaff or acrobatics to escape the odd incoming missile and that's your game in a nutshell. 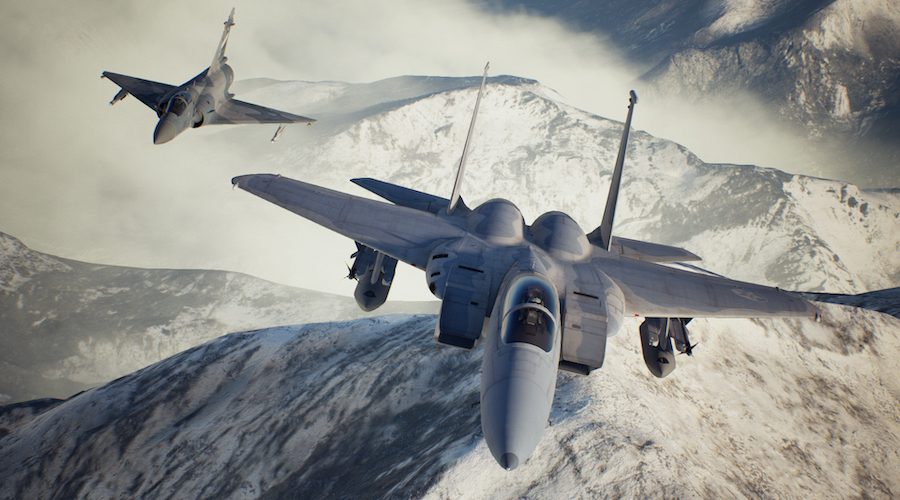 While this sounds kinda simple on paper, in practice it can become a super addictive gameplay loop. Project Aces also routinely mixes dogfights up with boss battle moments and other twists I won't spoil here. Some variation is definitely there, I just found myself wanting more surprises and less wave-based battles of attrition. Your main reasons to replay, or S-rank these missions, will be to get access to unlockable paint jobs and (very finite) special weapons, plus you can earn credits to unlock slotable, performance-enhancing parts and cooler rides.

Graphically, AC7 is certainly pretty but doesn't push the Unreal 4 engine to stratospheric new heights. The fighter jet models are so finely crafted and the ground detail that whizzes past, be it verdant forest, farmland or urban areas, is remarkably 3D and bristling with minute attention to detail. I also loved the effect of condensation forming as you fly through the volumetric weather, be it thunderstorms, fog or sandstorms. The subtle drop-off you get in the audio when these elements envelop you? That's the cherry on top. The downside to this: too much cloud flight ices your wings and hampers your maneuverability.

Once the campaign and VR sections are done, the more competitive among you can dig into two PvP modes: Team Deathmatch and Battle Royal. The latter is pretty self-explanatory stuff, it's 8v8 pilots blowing one another up across five stages. Battle Royal is the same excursion, minus the teams, with re-spawning enabled. This is pretty vanilla stuff that gave me moderate amusement while showing few technical hiccups. Some more evolution would have been appreciated here (as it stands, we've actually gone backwards: unlike AC6, empty player slots are no longer filled with AI).

When it came time to eject from Ace Combat 7, I hit the silk quite pleased with my joy flight. Project Aces has successfully pulled this franchise out of the catastrophic nosedive that was 2011's Ace Combat: Assault Horizon. All that said, while my need for speed was sated, this game could have soared to much greater heights with full VR integration and a more evolved MP offering.

The best the series has been in a long while. Plot is a little weird, though the enhanced visuals and solid dogfighting makes up for it. VR is very much on target but doesn't last long.