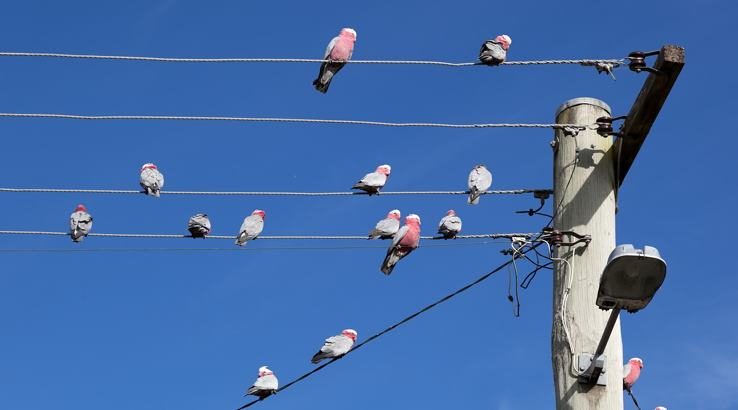 The ACCC has handed down a draft decision on the question of domestic roaming within Australia. Under the proposal being considered, mobile networks would have been required to open up their regional services to other carriers to roam onto at set rates.

The key idea here is to increase the range of geographic coverage for all players, because in theory it would mean you could buy a plan from any carrier and get access to every bit of every network across the nation. It was a move lauded by Vodafone, who suggested, "The sharing of network infrastructure by mobile carriers reduces roll-out costs, and in many regional and remote areas this cost saving may be the difference between mobile operators being able to invest in new mobile towers or not."

Telstra, however, wasn’t a fan of the domestic roaming proposal, stating, "Regulating mobile roaming would take away our ability to offer customers a better experience and bigger mobile network than any of our competitors. Regulated roaming would mean there was virtually no reason for any mobile phone company to investment in new coverage or better technology."

It would appear that the ACCC has sided with Telstra’s interpretation, handing down a draft ruling this morning that doesn’t back the idea of declared domestic roaming. In the ACCC's ruling, it states that:

"Telstra clearly has an advantage in competing for consumers who value or require regional coverage, owing to its extensive geographic network coverage. Further, due to the low population density in regional Australia, and the high costs of extending a mobile network in these areas, Telstra is likely to retain a coverage advantage in the future.
This means that some consumers are likely to have a limited choice of mobile provider, and in many regional and remote areas, Telstra is the only viable network provider. However, we find that these factors alone are not sufficient to justify declaration of a roaming service."

So what drove this decision? The ACCC is resting on the fact that there’s no difference in pricing for mobile telephony services based on location, i.e. a call in Melbourne costs the same as in Mount Isa.

The ACCC does note that "some of Telstra's prices are higher than those of its competitors" but "we have found that effective competition in the national market still constrains Telstra’s pricing. For some plans, such as mid to high cost postpaid plans, Telstra offers are similar to those available from other providers. Further, other brands such as Boost Mobile (Boost) may offer cheaper plans across the Telstra footprint. Therefore, it does not appear that Telstra’s coverage advantage is leading to significant competitive detriment in the national market or in regional areas."

Vodafone is, understandably, not happy with the draft decision, declaring it to be a "missed opportunity".

In a statement, Vodafone Chief Strategy Officer Dan Lloyd said that "It denies the benefits of increased coverage, competition and choice to Australian mobile customers, especially hundreds of thousands of Australians living in regional and rural areas. Too many Australians will continue to be held hostage to Telstra, and will have no choice but to pay Telstra’s mobile premium which totals $1.4 billion per year."

"The telecommunications divide between city and regional areas will only continue to widen, as no other operator will be able to close the coverage gap between Telstra and the rest of the industry," he said.