Aussies love data, but is it affordable on the NBN? 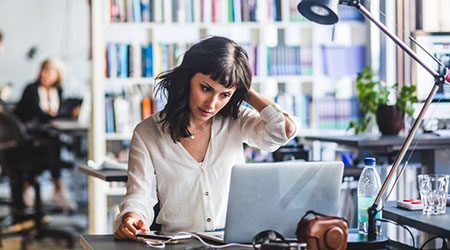 Australian data use has risen by 47% over the past year, according to a December 2019 report by the Australian Competition and Consumer Commission (ACCC). While mobile networks have also seen a huge jump in data use, nearly 90% of all data consumed was over fixed-line NBN or legacy ADSL broadband connections.

The ACCC report states that this increase is due to a greater public demand for augmented reality, online gaming and high-quality video streaming. This agrees with the results of a Finder survey with over 10,000 responses which found that two-thirds wanted their connection to offer them more data, and more than half desired a better ability to stream 4K or ultra-high-definition video.

These streaming trends are not set to slow down in 2020 as more and more services enter the market, including Apple TV, Disney+ and sports streaming services like Kayo.

Unlimited data NBN plans have become increasingly common as providers respond to greater demand, jumping from 6% of all retail plans in 2014-2015 to 57% in 2018-2019. Eventually, virtually all Australian households will be forced to move over to the NBN, with NBN Co calculating that 6.4 million, or more than 40%, are already connected.

However, the ACCC report raises concerns that fixed-line Internet users who don't value high speeds or unlimited data are missing out. Previously, households would be able to purchase cheap, low-usage plans in the "Basic" NBN 12Mbps tier with the option of paying more for extra speed or data. Now, such basic plans are increasingly unavailable, and some Australians are being forced into paying more than they want for features they don't really need.

With this shift has come a greater focus by companies on bigger and faster "flagship" plans, even as lower-tier plans fall by the wayside. Average real prices for NBN connections have only fallen 1.5% in the past year, and the plans that customers are most frequently exposed to tend to be the most expensive on offer.

Consumers can still save by comparing

Even with this change in the market, there's a lot consumers can do to avoid paying too much for fixed-line broadband. Rather than going straight for the flagship plans that providers are keen for you to buy, you can use tools like our broadband comparison tool to find what's available for your needs and to find cheaper options.

When you're comparing unlimited NBN plans, it's important to not only look at the overall cost per month but also to consider average speeds and included extras. Two plans from different retailers, even ones which fall into the same speed tier, will promise different typical evening speeds, or the speed you'd expect to get when everyone else is on the network. Extras can range from included streaming services to voice over IP or fixed-line telephone numbers.

And while cheap, basic plans may be disappearing, they're not entirely gone yet. But you'll still probably be looking at paying at least $50 a month if you want to get online and stream.