Northern Australian homeowners distressed over the state of insurance 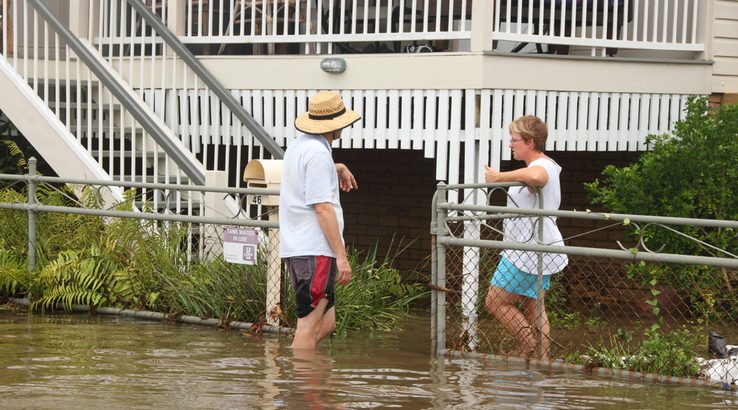 The ACCC's inquiry into the northern Australian insurance market reveals a deeply frustrated and confused public.

Residents in northern Australia pay twice as much as everyone else for home and contents insurance, according to the ACCC.

This and other findings released today are part of the ACCC's preliminary observations as it conducts an inquiry into the supply of home, contents and strata insurance in northern Australia where severe weather patterns wreak havoc on homes and insurance premiums.

It is the first of four reports scheduled to be delivered to Australia's Treasurer by 2020. It describes the current state of the northern Australian insurance industry, leaving diagnosis and prescription to future reports.

However, it still paints a bleak picture.

To inform the report, the ACCC took written submissions and held eight public forums all around northern Australia. Meanwhile, they compelled the major insurance companies to hand over pertinent information.

The report's depiction of the public's input was most poignant. It describes a situation where customers feel besieged by costs that are too high, vary wildly and not clearly pegged to individual circumstances.

"Participants were emotional, some brought to tears. Some were angry, many were frustrated, disillusioned and anxious. They spoke of insurance premiums rising substantially, pushing them into real financial distress", the report states.

According to the report, northern Australians pay an average of $2,000 per year for home and contents insurance, which is about double that of other Australians. Between 2007-08 and 2016-17, premiums rose between 23 and 67 percent for people up north, compared to just 16 percent in the rest of the country. The report also found that the average premiums can vary between insurers by as much as $3.40 per $1000 insured in northern Australia vs. $0.90 elsewhere in the country.

"While these observations lend support to the general trends and concerns raised through the public consultation, the stories of premium quotes and movements shared by individuals during our consultation was often more extreme than these averages," the report states.

That makes sense because the 400+ people who submitted responses and attended the public forums are probably the ones most affected.

On the other end of the debate are the insurance companies. The ACCC also tapped into their wisdom to inform the report but held back on commentary about that side of things, other than explaining some basic market conditions like the number of people insured, the average cost of premiums and the number of brands operating in northern Australia versus the rest of the country.

Residents in northern Australia haven't had a break for some time from storms, home damage and related insurance claims. Unfortunately, Aussies have also been shown to be a bit lax when it comes to disaster preparedness. But regardless of the outcome of the ACCC inquiry, residents of northern Australia can take some steps of their own to secure their homes from natural disaster.